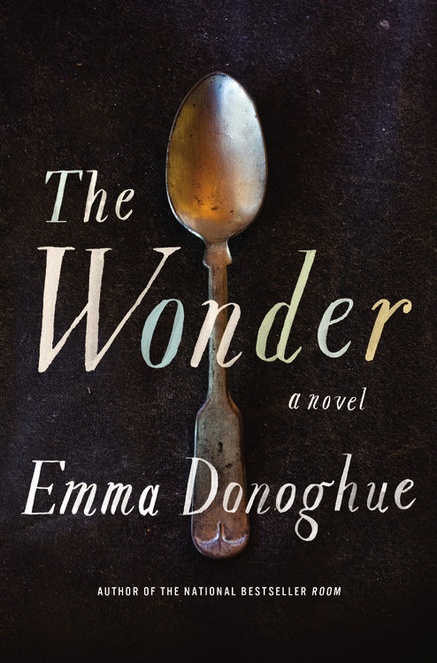 September is here, bringing with it a slew of new books to enjoy.

Comedian and author Bob Smith’s new book Treehab (University of Wisconsin Press) provides a humorous examination of the writer’s own personal relationship with the natural world.

In this bitingly funny and often surprising memoir, award-winning author and groundbreaking comedian Bob Smith offers a meditation on the vitality of the natural world—and an intimate portrait of his own darkly humorous and profoundly authentic response to a life-changing illness.

In Treehab—named after a retreat cabin in rural Ontario—Smith muses how he has “always sought the path less traveled.” He rebuffs his diagnosis of ALS as only an unflappable stand-up comic could (“Lou Gehrig’s Disease? But I don’t even like baseball!”) and explores his complex, fulfilling experience of fatherhood, both before and after the onset of the disease.

Stories of his writing and performing life—punctuated by hilariously cutting jokes that comedians tell only to each other—are interspersed with tales of Smith’s enduring relationship with nature: boyhood sojourns in the woods of upstate New York and adult explorations of the remote Alaskan wilderness; snakes and turtles, rocks and minerals; open sky and forest canopy; God and friendship—all recurring touchstones that inspire him to fight for his survival and for the future of his two children.

Aiming his potent, unflinching wit at global warming, equal rights, sex, dogs, Thoreau, and more, Smith demonstrates here the inimitable insight that has made him a beloved voice of a generation. He reminds us that life is perplexing, beautiful, strange, and entirely worth celebrating. 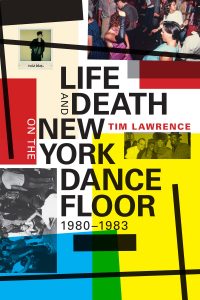 As the 1970s gave way to the 80s, New York’s party scene entered a ferociously inventive period characterized by its creativity, intensity, and hybridity. Life and Death on the New York Dance Floor chronicles this tumultuous time, charting the sonic and social eruptions that took place in the city’s subterranean party venues as well as the way they cultivated breakthrough movements in art, performance, video, and film.

Interviewing DJs, party hosts, producers, musicians, artists, and dancers, Tim Lawrence illustrates how the relatively discrete post-disco, post-punk, and hip hop scenes became marked by their level of plurality, interaction, and convergence. He also explains how the shifting urban landscape of New York supported the cultural renaissance before gentrification, Reaganomics, corporate intrusion, and the spread of AIDS brought this gritty and protean time and place in American culture to a troubled denouement.

In Anybody, Ari Banias takes up questions of recognition and belonging: how boundaries are drawn and managed, the ways he and she, us and them, here and elsewhere are kept separate, and at what cost identities and selves are forged. Moving through iconic and imagined landscapes, Anybody confronts the strangeness of being alive and of being a restlessly gendered, queer, emotive body. Wherever the poet turns—the cruising spaces of Fire Island, a city lake, a Greek island, a bodega-turned-coffee-shop—he finds the charge of boundedness and signification, the implications of what it means to be a this instead of at hat. Witty, tender, and original, these poems pierce the constructs that define our lives.

Feminist Press is releasing Black Wave, a new apocalyptic-tinged novel from author Michelle Tea, that provides a decidedly queer take on the end of the world:

Desperate to quell her addiction to drugs, disastrous romance, and nineties San Francisco, Michelle heads south for LA. But soon it’s officially announced that the world will end in one year, and life in the sprawling metropolis becomes increasingly weird.

While living in an abandoned bookstore, dating Matt Dillon, and keeping an eye on the encroaching apocalypse, Michelle begins a new novel, a sprawling and meta-textual exploration to complement her promises of maturity and responsibility. But as she tries to make queer love and art without succumbing to self-destructive vice, the boundaries between storytelling and everyday living begin to blur, and Michelle wonders how much she’ll have to compromise her artistic process if she’s going to properly ride out doomsday.

This month sees the release of The Wonder (Little, Brown and Company), a new novel from best-selling author Emma Donoghue:

In Emma Donoghue’s latest masterpiece, an English nurse brought to a small Irish village to observe what appears to be a miracle-a girl said to have survived without food for months-soon finds herself fighting to save the child’s life

Tourists flock to the cabin of eleven-year-old Anna O’Donnell, who believes herself to be living off manna from heaven, and a journalist is sent to cover the sensation. Lib Wright, a veteran of Florence Nightingale’s Crimean campaign, is hired to keep watch over the girl.

Written with all the propulsive tension that made Room a huge bestseller, The Wonder works beautifully on many levels–a tale of two strangers who transform each other’s lives, a powerful psychological thriller, and a story of love pitted against evil.

"A Self" by Joy Ladin
Personal Advice from Author Dale Peck: Help, I am an Overly Jealous Boyfriend!
'Taking My Life' by Jane Rule