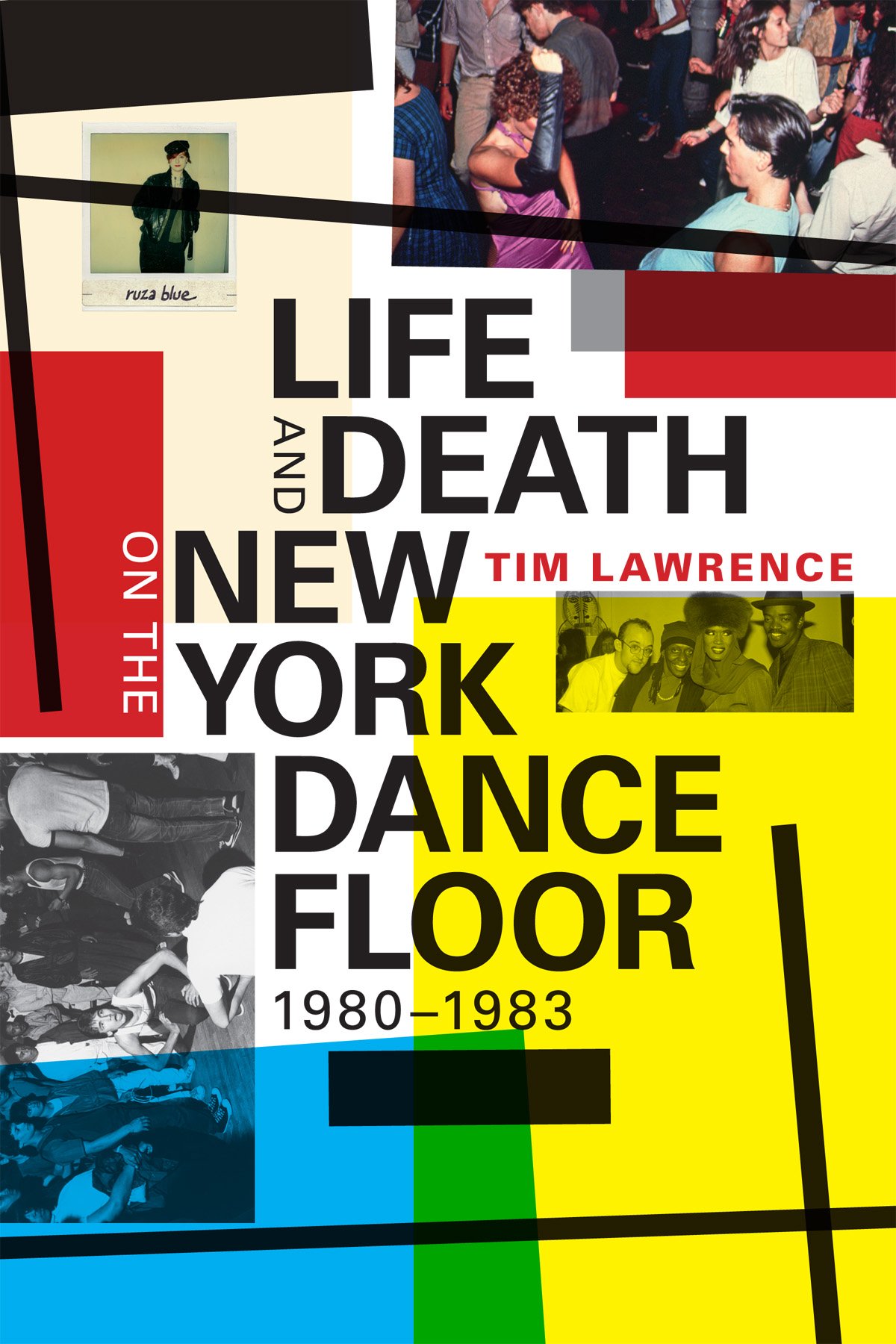 “Well New York City really has it all.”
—The Ramones, Sheena Is a Punk Rocker

While unearthing the cultural crossroads that formed the foundation of the Mudd Club and so many vital venues, Tim Lawrence absolutely nails what early the 80s New York City club scene was all about: “The venue was helping establish the foundations for a renaissance marked by convergence and exploration.” That’s right. Renaissance. Disco didn’t die–it shattered into a thousand mirror ball fragments that refracted artistic innovation, new technologies, emerging modes of self-expression, from punk to new wave, to rap and dance music. In a shockingly brief period of time, New York City was the center of an artistic universe in such a forceful way that it reshaped the city in particular and popular culture in general.

Lawrence focuses on the fulcrums: how clubs became spaces that, like never before, served as breeding grounds of cross-pollination: punk quivered and collapsed into New Wave, disco transmogrified (gloriously so) into a more amorphous type of dance music, which influenced rap, all while inspiring Basquiat, Keith Haring and their peers. It’s important to note that this book really digs into these spaces and the value of location, their formations and missions, the crazy or caring owners and the warring DJs and most importantly, the tribal attendees. I mean, what’s a dance floor if it isn’t packed?–meaning out sized personalities take a backseat to the soundtrack of a zeitgeist. And Life and Death on the New York Dance Floor has really deep grooves. The book races around SoHo and then up to the Bronx, down to Brooklyn, and then wherever clubs were popping up or music was being recorded and remixed. It’s a packed, meta-narrative. Exceptionally accessible (the author’s passion for his subject shows through on every page; it’s easy to imagine how his knowledge and genuine interest opened many a door and got people talking, telling tales recorded here that might not otherwise have seen the light of day), the raw, new energy of the city is accurately captured and conveyed. No small feat. But Tim Lawrence had already proven that he knows his stuff, having previously authored Loves Save the Day: A History of American Dance Music Culture, 1970-1979 and Hold On to Your Dreams: Arthur Russell and Downtown Music Scene, 1973-1992. So he’s touched down on these various dance floors before. (Surely he played a part in the ongoing revival of Arthur Russell’s music.)

“We know a place where the nights are hot.”
—Afrika Bambaataa, Planet Rock

With advent of The Saint and the Paradise Garage gay nightlife became something to envy. These historic spaces are reverently brought back to life, with significant attention paid to how the DJs curated sensibilities unique to each venue. The arrival of AIDS in 1981 is duly noted and the reader’s knowledge of what is about to be unleashed haunts stories of which songs brought dancers to the edge, how hedonism was, for some gay men, a gateway to community and self-expression; drugs and sex and music were inseparable, confluent forces (which, in total agreement with said sentiment, I would like to add a hearty “fuck yeah”). In the end, The Paradise Garage might net a few more pages than The Saint, primarily because of the out sized personality of its famed resident DJ, Larry Levan. But the book is thick with clubs, from the Pyramid, Danceteria, the Roxy, and many other spaces, some quite short-lived but burning just as brightly.

Also of note: how certain singles (and their remixes), launched new genres, or at the very least quickly and quietly reformatted disco into dance music. The breakdown of Afrika Bambaataa & the Soulsonic Force’s Planet Rock as well as The Message by Grandmaster Flash and the Furious Five are nothing short of gripping and revelatory. Minor quibble: sure, New Order is British, but their 1983 single Blue Monday was so massive, such a game changer, that, though the song is mentioned here and there within the book, it really deserved a bit more attention.

Two huge pluses: each chapter ends with a set list of DJ favorites and the bibliography is like discovering your cool Dad’s secret record collection in the basement. The selected reading list will destroy your wallet, and the catalog of dance tracks will rewrite your playlists. I tend to try out new songs on YouTube and then see where the algorithm takes me; I was constantly setting this book down and trying out new songs or bands from my youth that I hadn’t thought about in ages (The Flying Lizards! And who knew Cyndi Lauper’s Money Changes Everything was a cover of a song by The Brains?), and then the next video would play–occasionally with sparkling synchronicity as it would be the very next group or artist Lawrence would then bring up in the book! Seriously, when’s the last time you read a book you could actually dance too?

Below is a YouTube playlist highlighting some of the stand-out tracks of the era.

'Trick of the Dark' by Val McDermid
‘Finding the Grain’ by Wynn Malone
'Eleanor and Hick: The Love Affair That Shaped a First Lady' by Susan Quinn