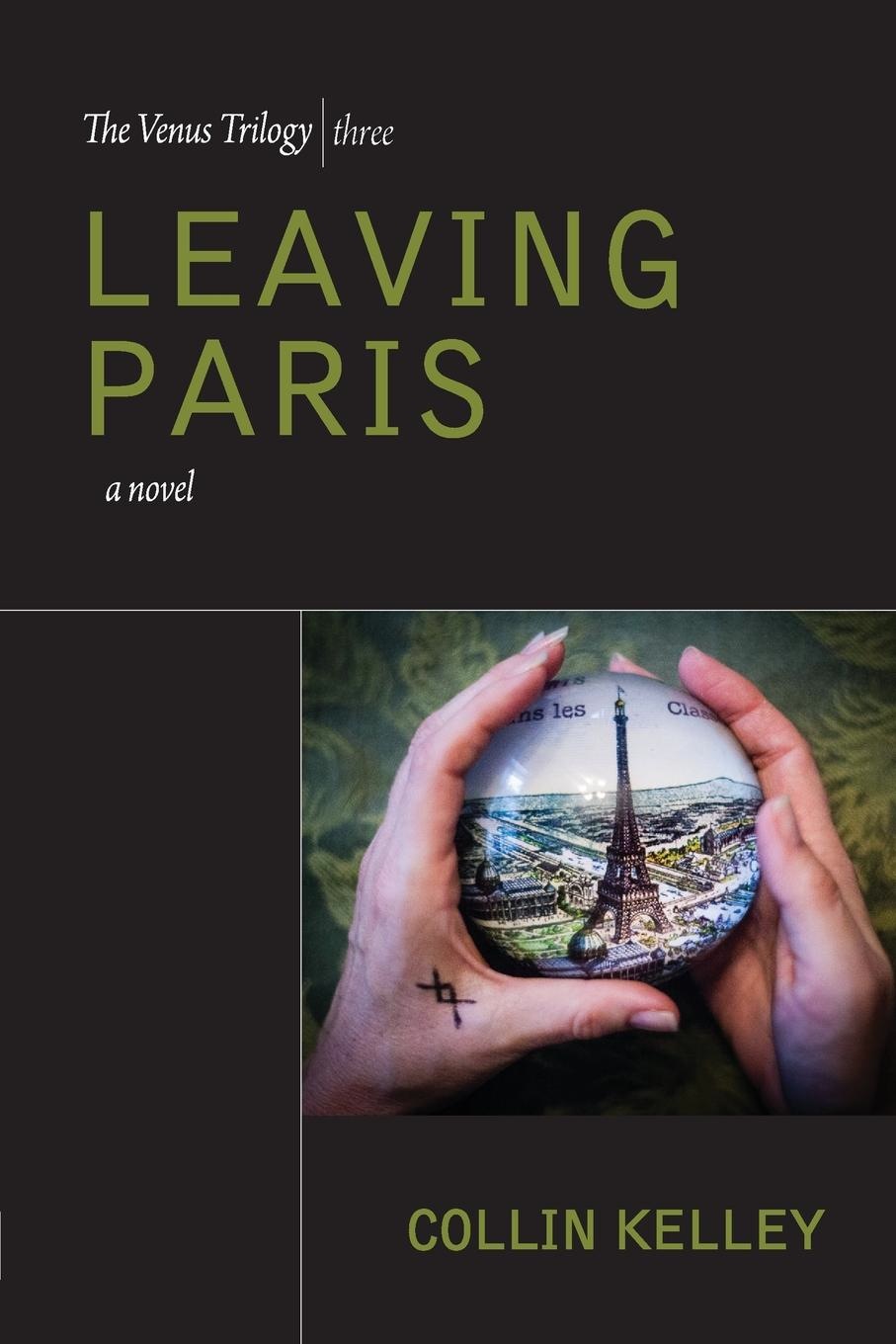 Trilogies and sagas have put a certain kind of literature on the map: vampires, dystopian futures, wizards, and bondage fantasies. More rare is what Collin Kelley has created with The Venus Trilogy–gay literary fiction in the guise of a traditional mystery series.

Although there are two books that precede Leaving Paris (Conquering Venus and Remain In Light, also from Sibling Rivalry Press), the author has created a trio of interlocking novels that can be read in any order. Read Leaving Paris first and you’ll know the “end” of the story. Read them backwards and the characters become richer and the intricate plot lines reveal their origins.

Kelley is also a poet of four collections. To his novels, he brings the precise, detailed, descriptive command of language that poetry requires. Admirers of his poetry will easily find themselves enthralled in his fiction.

The novel begins in the autumn of 2005 with a Memphis, TN newspaper article that succinctly recaps major plot points from the other two books and introduces the main characters. Martin Paige is back in his hometown after a decade of living in Paris to give a reading from his new poetry collection.

In Paris, we’re introduced to Irène Laureux, a Parisian widow and book editor who has become Martin’s best friend, and Christian Kigali, Martin’s longtime lover. Christian works as a counselor at a government run youth center in the banlieue, the suburbs of northern Paris where tension between immigrants and police simmers and threatens to boil over into war.

There’s also ex-school teacher Diane Jacobs, Martin’s old friend who is back in Memphis after an extended period living in Europe and working as a private detective with her soon-to-be-ex-husband. Dancing on the edges of the story is David McLaren, Martin’s ex-lover and a former student of Diane’s who is on the verge of marrying a woman to please his religious parents.

Kelley dispenses with introductions and brings the reader into the action in five quick chapters. His ability to juggle numerous characters, on two continents, and deliver the action and emotionality of the story quickly is truly an impressive literary feat.

While Martin is away, Christian discovers that Paris’ corrupt and xenophobic police chief, Michel Arnaud, plans to purge the banlieue of immigrants and that his estranged father is part of a counter-plot to assassinate the top cop. This is where Kelley ratchets up the suspense and delves more deeply into France’s political strife than was probably necessary. However, a series of vividly drawn chapters that eerily prefigure the European refugee crisis and recent wave of terrorist attacks in France help to counterbalance the politics. There’s a chilling confrontation between Christian and Arnaud where the two argue over the future of France, and while Arnaud is the “bad guy” of the story, his foresight into what’s coming in the future might have some readers, as I did, begrudgingly agreeing with him.

Weaving in and out of these tent poles are Martin and Irène, who remain the anchors of the story. Throughout the trilogy, they’ve shared telepathy and the ability to cross into each other’s dream states that provide a touch of magical realism.

One of the strongest aspects of the story is Martin and Christian’s relationship. It is sweet without being saccharine, exposing some of their rocky times. Seeing a mixed-race gay couple thrown into dangerous, thriller-esque situations and intrigue is a refreshing change of pace. Equally refreshing is the trio of older female characters; Juliette, Diane, and Irène. These women are as strong and kick-ass as any teenage or twenty something heroine.

Like any good mystery, there is a final twist and surprise “reveal” that leaves the door open for Kelley to showcase secondary characters in new stories. If those stories are as deftly drawn as Leaving Paris, I’m willing to take the journey.

'Folsom Street Blues: A Memoir of 1970’s SoMa and Leatherfolk in Gay San Francisco' by Jim Stewart
'All I Love and Know' by Judith Frank
PRESS RELEASE: Meet The Lambda Fellows & Scholarship Recipients of the 2022 Writer's Retreat for Eme...

Steven Reigns is a Los Angeles-based poet and educator and was appointed the first Poet Laureate of West Hollywood. Alongside over a dozen chapbooks, he has published the collections Inheritance and Your Dead Body is My Welcome Mat. Reigns holds a BA in Creative Writing from the University of South Florida, a Master of Clinical Psychology from Antioch University, and is a fourteen-time recipient of The Los Angeles County’s Department of Cultural Affairs’ Artist in Residency Grant. He edited My Life is Poetry, showcasing his students’ work from the first-ever autobiographical poetry workshop for LGBT seniors. Reigns has lectured and taught writing workshops around the country to LGBT youth and people living with HIV. Currently he is touring The Gay Rub, an exhibition of rubbings from LGBT landmarks, facilitates the monthly Lambda Lit Book Club, and is at work on a new collection of poetry.  www.stevenreigns.com