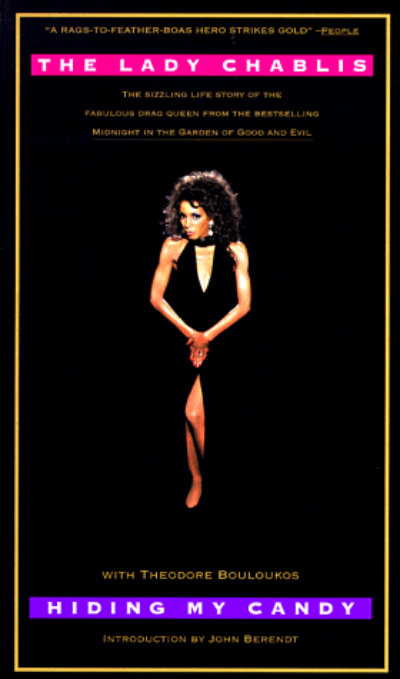 The Advocate is reporting that Lady Chablis, a southern-based cabaret performer and author, has died. She was 59 years old. The cause of death has not yet been disclosed.

A  beloved performer at Savannah, GA based gay clubs and pageants, Chablis rose to national prominence when she was featured as a character in John Berendt’s best-selling novel Midnight in the Garden of Good and Evil (1994); Chablis played herself in the 1997 Clint Eastwood helmed film adaptation. Chablis was also the author of Hiding My Candy, a bestselling autobiography that provided a humorous accounting of her life alongside some of her favorite cooking recipes.

Lady Chablis — a fixture in the gay clubs of Georgia and South Carolina before finding stardom in the book and film adaptation of Midnight in the Garden of Good and Evil — passed away at age 59.

Chablis helped bring a touch of glamour to Columbia, S.C., and Savannah, Ga., performing her cabaret at gay nightclubs there. Chablis opened Savannnah’s Club One in 1988 and would help define the image of Savannah as a sexy, modern city of the South.

Always looking every inch the star she was, Chablis would figure prominently in John Berendt’s best-selling non-fiction book Midnight in the Garden of Evil. The book focused on the murder of a male prostitute, allegedly committed by Jim Williams, a Savannah socialite and antiques dealer. Berendt effectively captured the charms of Savannah, and included Chablis as a major character. When Clint Eastwood adapted the film, Chablis insisted on playing herself — and got her wish.

CANDY 4. THE LADY CHABLIS from By Luis Venegas on Vimeo.