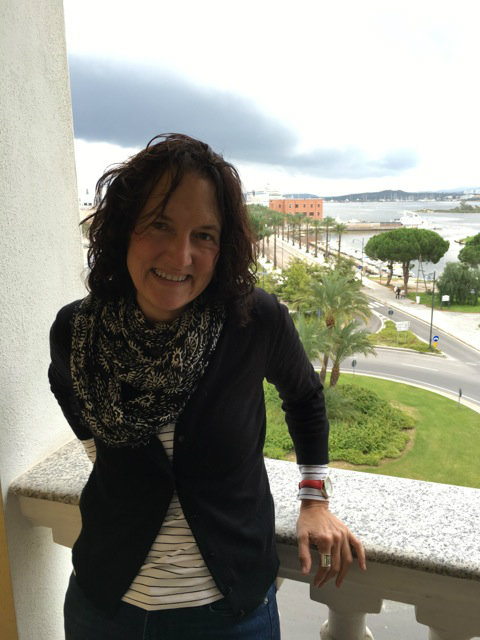 “Good fiction often gives us characters in extremity, which ironically gives us a clearer mirror in which to see ourselves.”

Sarah Van Arsdale has the gift of story. She offers her readers this gift many times over in her latest collection of three novellas, In Case of Emergency, Break Glass.

From the far–flung to the far gone, the characters in Sarah Van Arsdale’s triad of novellas face, against a foreign backdrop, a fear most familiar. Whether immersed in an ancient culture or born into our modern world, the people of In Case of Emergency, Break Glassfind themselves explorers in their own lives. How to recognize themselves in unidentifiable locations? How to know themselves in unestablished relationships? In physical and emotional frontiers fraught with uncertainty, it is by landmarks of empathy and perception that they navigate a way home.

Sarah and I are old friends. I was privileged to be in a writing group with Sarah in the 1990s (could that be correct?) and have always loved her use of language. Her mastery of narrative and character to seduce her readers into literary worlds of complicated relationships has only increased over time. This is a wonderful collection. One of her previous works of fiction, The Sound in High Cold Places is one of my all-time favorite novellas.

In the amazing first novella, The Sound in High Cold Places, a character tells “… a story in a place where telling story is almost as good as providing something to eat. And sometimes even more necessary.” Can you discuss the emphasis on the importance of story in these three narratives?

I’m so glad you picked up on that line. It’s one that I like to read when I give a reading, as it is in some ways at the heart of The Sound in High Cold Places—this idea that in a time when survival is precarious, story is crucial. That also comes into play in the other stories, where the protagonists are battling for psychological if not physical survival, and being able to make a narrative of their experiences is what pulls them through.

Originally I wanted to call the collection Trip-Tych but my wiser counselors talked me out of that. So I’m glad that theme comes through even without a clever title. The two contemporary stories are tales of present-day women meeting with more than the usual perils of international travel, and the third is set before the arrival of the European settlers in the Canadian Arctic, so all three address questions of displacement. I wanted to look also at what the concept of “home” means both for Americans today and for this ancient people.

A beautiful watercolor introduces the book and readers are pulled into each story by another lovely watercolor. The effect reminds me a bit of lyrics and score coming together in song. How do watercolor and the written word inspire each other in your work?

I often think in images. (For example, when I said my “wiser counselors” advised me about the title, I imagined a drawing of my three cats in their usual positions of repose.) Often, a story will begin in my head as a visual image: a man lounging in the French sunshine, a couple embattled over a table of drinks. That association of lyrics and score—I love that—to me, that is more what happens when I illustrate a long poem, as with my forthcoming book, The Catamount, or with the short animated films I’ve made.

Will you tell us about your research? How did you navigate geography and history for all three novellas? How did you imagine yourself into the people and places you write about?  How did you develop your interest in the Inuit people?

Credit for the research on the title story goes to my friend Sion Dayson, a fiction writer living in Paris. She read the manuscript and made several corrections about the setting.

Regarding The Sound In High Cold Places, I made a madcap trip to the Arctic in the year 1999. I really only went because I was head over heels in love with someone who wanted to go, but once the idea was proposed, I couldn’t not go. There, I saw the graves of the “Greenland mummies,” which were discovered in the 1970s. The bodies were found stacked one on top of the other, and the cause of death remains something of a mystery.

After that trip, my fascination with the mummies persisted. I wanted to know what happened to this small group of people, and began wanting to tell the story of a group of people who lived so very long before my own time. The people in my story lived thousands of years before the people we know as the Greenland mummies, but they too had the challenges of living in the Arctic environment.

I never would have set out to write a historic novel, and I’m surprised to find that I have. But I loved the challenge of thinking about how people would live in an environment so different from our own, with no wood for making tools, almost no vegetation, such deep cold, and long periods of either complete dark or complete light.

I remember being in a writing group with you, your wonderful intense poetry. I remember feeling oddly gratified when your work turned toward prose. How has your writing changed over the years? In genre, in practice, in whatever way you care to discuss?

It almost seems to have a will of its own, but that makes it sound as if I just sit back and wait for the inspiration. My first novel, Toward Amnesia, started as prose poems, which evolved into vignettes, which evolved into a novel which kind of reads like a poem. With the success of that book, I started another novel, and then I kept exploring novel-writing, which took my attention from poetry. But I still write poems, and have some success publishing them in journals. Right now, I’m starting to devote more writing time to poetry.

A new unstable relationship being tested comes up in all three works. Did you start out with three connected novellas in mind?

When I first started The Sound… the character of Imiut, and therefore the protagonist’s love relationship, didn’t exist. That only evolved as I kept writing the story, but once it did, I could see that the theme of an unstable relationship being tested threaded through all three stories, along with the theme of exploration.

Place is strong and very different in all three stories. Characters find themselves in places well out of their “comfort zone.” Can you tell us a little about the settings and influence on the characters?

Maybe because I teach creative writing, the adage from Nabokov is always in my head: “All great literature is one of two stories; a man goes on a journey or a stranger comes to town.” Anytime a writer is stuck on a story, I recommend getting a ticket out of town for a character or having a bus pull up and deposit a stranger. When we travel, we are thrown against ourselves in a way that we aren’t when we’re lulled by the comforts and routines of home.

Good fiction often gives us characters in extremity, which ironically gives us a clearer mirror in which to see ourselves.

Kamiks. Chert. Narwhal. Inukshuk. I learned some great words reading In Case of Emergency, Break Glass. I can’t imagine these stories without their specific language of place and time and the language of family culture as well. How important was “nailing” the language?

Oh, that was so much fun, writing The Sound… in particular. As you remember from our days together in Northampton, I’m a poet—god help me—so language is the ground beneath my feet. I’m very aware that even though I think of my Arctic characters as “pre-Inuit,” I wanted to use Inuit words and names to add a feeling of veracity. Some Inuktitut words are part of our vocabulary: kayak, parka.

There are few bi-sexual protagonists and fewer “non-binary” characters in most books. Can you talk a bit about the bi-sexual and genderqueer characters in your novellas?

Again, with “The Sound… the genderqueer character, Imiut, didn’t come into the writing until a very late draft, and once s/he did, the story really came to life. I found myself wondering what effect would this character, who is identified as both male and female, have on the band of nomads. As I looked into Inuit culture, I found that “two-spirit” or what we’d call “non-binary” people are part of the life and culture, as they are in many cultures of many places and times.

Regarding the bisexual characters, I myself don’t care for the term, as it carries for me a connotation of promiscuity, or identity confusion. But I do identify as a lesbian who is now involved with a man, so that’s probably the term for me—And I wanted to give voice to bisexual characters, precisely because, as you say, there aren’t many out there.

Kudos on getting your novellas published. Do you think the length of the work made it harder to find a publisher?

Yes, yes, and yes. A couple of them were finalists in the few novella contests that exist, but of course the competition is fierce. And with the publishing world now being so celebrity-driven, it’s of course harder to get any literary fiction published, but especially when it doesn’t conform to the norms of the publishing world. I was very fortunate to happen upon Queen’s Ferry Press when I did.

What sustains you and your writing?

Community. I can’t imagine being a writer, especially today, without a community of other writers, from people I know well and share work with to people I have known and cheer as I see them continuing to write—such as yourself.

What do your readers have to look forward to? What are you working on?

I’m working on illustrations for my next book, a long narrative poem titled The Catamount which will come out in Spring, 2017, with Nomadic Press. It will have about ten illustrations. I’ve been working at developing my watercolor style, and I’ve been drawing catamounts in every imaginable pose. Fortunately, I live with three excellent models.

How can Lambda readers purchase your book?

If anyone wants a signed copy, they should email me through my website, sarahvanarsdale.com. If they don’t need it signed, they can order it on Amazon.

'The Paternity Test' by Michael Lowenthal
How Writers Write: 11 LGBTQ Authors on Their Daily Writing Practices
LGBT Media and the Question of Content