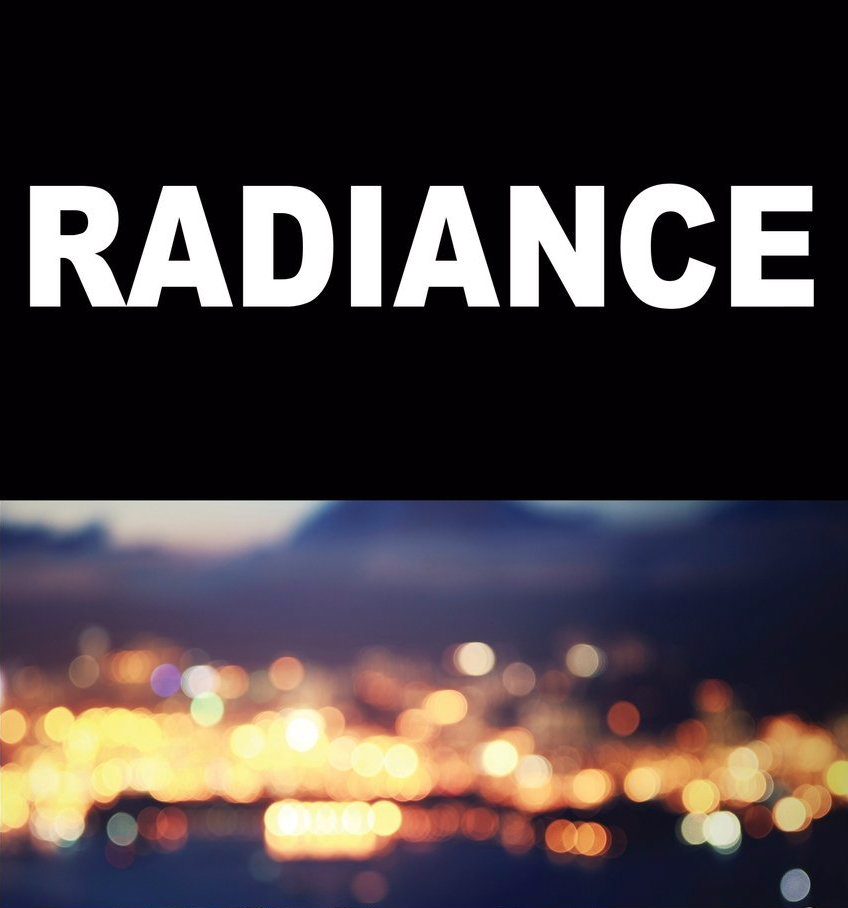 Today, one can walk down to the Christopher Street pier, look out at that water shimmering, and find the walkways populous with so many ghosts—teenage hustlers, homeless youth, drag queens, defiant survivors no longer in the fight—who now only exist for many of us, moving like afterimages through these baby strollers, these bikes, the bodies of leisurely joggers—because Emanuel Xavier, song by song, through his several collections, so devotedly conjures them for us: “Us who created / something from nothing to make it appealing / for those who own everything” (“Gentrification”).

Or rather, with his new collection Radiance, he invokes them. These apparitions are, after all, not to be mastered. The collection’s presiding catechism draws on Elizabeth Taylor’s assertion that “you can’t possess radiance; you can only admire it.”

One thinks of the archaic definition of glamour as an occult enchantment, and with a connotation of visual trickery. On the page, Xavier’s enchantments are second nature to him, such that no strains show in the lines, and the spells are effortless:

A stuffed clown with a happy smile
watched in silence

from the edge of the bed
brightly visible every night

as I sucked my pacifier
& my uncle thrust.

In that short poem, “Witness,” the utterance is unadorned, but the staccato of line breaks works to mimic the avoidance of the reality revealed in the last line, and couplets correspond with such dark irony to the eye contacts between parties—the unavoidable facings. Paired lines work to equally unnerving effect in the darkly satirical “An Ideal Husband,” as if each line spoke to its own reflection: “I will paint my face white and become a Virgin Queen. This is all I / have left to look forward to in life. This is the wisdom of / retired prostitutes and failed poets alike.”

Amidst much elegy and tart gallows humor, our more familiar version of glamour is also present, in such figures as Basquiat and Boy George, evoked in swift, glimmering apprehensions of angst and performance: “After his sage (or was it bitter?) advice / to never work for a lesbian, as we notice / others gathering around us in this lounge, / his height and British drag attitude / keeping them at bay, he asks if we would / join him outside for a fag, to indulge / in the glamour of his secondhand smoke …” (“Boy George at Plaid, NYC, 2004”).

Elsewhere, “Mona Lisa in the Louvre” is invoked as a totem for a speaker abandoned by his lover, La Gioconda’s inscrutability interwoven with the speaker’s own mechanisms for inaccessibility and survival: “My own smile now ambiguous among my coupled / friends as they held hands in Versailles.” The painting is also symbol for Xavier’s knowledge that past experience, even shared, exists behind glass, untouchable despite its notoriety.

Xavier’s spectral invocations derive no small power from an eye for simultaneity: between past and present, life and death, and for events separated only by geographical distance, as in these observations from “Groundhog Day, 2016”: “It is raining outside in Bushwick tonight / & my boyfriend is miles away in Staten Island. / The new floor tiles in the hallway slowly dry / as my great uncle quietly fades at a hospice in the Bronx.”

The trope of simultaneous occurrence finds its searing apex in “Sometimes We’re Invisible,” a stunning litany of fatal violence against queer and Latin individuals whose deaths take second place in public memory—or often no place at all—to the more familiar popular headlines:

Osama Bin Laden was finally killed and Don’t Ask, Don’t Tell was
officially repealed the same year
Rosita Hernandez, a Cuban trans woman was stabbed to
death in Miami and Camila Guzman, a transgender woman
was found murdered in her East Harlem apartment

The poem’s litany uses italics to provide the reportage mainstream media sources failed to endow with the significance of a Hollywood writers strike or the death of a Pope.

Headlines graze closer to the bone when in “For Colored Boys Who Have Been Considered Criminals,” the speaker’s encounter with suspicious police, rendered in wincingly vivid detail, reminds us that “others have died because sometimes blue / only sees black or brown.”

Xavier’s speakers frequently interrogate what one of them terms “the rhetoric of empire,” yet do so with painfully firsthand proximity to its effects, and in fascinatingly personal ways. In the poem of that title,“Rhetoric of Empire,” the speaker movingly elegizes a father never met, seeing him by intuitive imagination “sitting somewhere on the island in his / guayabera with a small golden crucifix glistening against / the hairy chest I didn’t inherit.”

Religion then, as in Xavier’s earlier work, is also implicated in this larger capitalist machinery of profit, image-making, and consumption, whose trickle-downs of patriarchal ownership leave the disenfranchised to find that “It is in the beauty of the / stars in the night sky, the sounds of the ocean, the sweet taste / of mangoes, the smell of coffee that we share this life as one.”

Xavier interrogates the notion of “inheritance” at multiple levels here, and one thinks of those marginalized denizens of capitalism on the pier at Christopher Street with the figure of Lady Liberty so visible across that water, her invitation to “your tired, your poor” taking its part in this rhetoric of empire.

“Sometimes a crumb falls / from the table of joy,” Langston Hughes wrote, and Emanuel Xavier, in evoking those small pleasures—the taste of mangoes, smell of coffee—is capturing those crumbs. “We don’t always have the time / to truly listen to stories, clip our nails, / nap with pets, enjoy our meals. / But it is in these rare moments / that we get a little closer to life,” he notes in “Mundane.”

He does so amidst much testament to the horrors of injury, loss and mortality. These poems move and speak: one can imagine their delivery at the microphone, and yet at the same time they so powerfully address the reader as private experience. “I’ve learned never to admit if I’m drowning,” Xavier writes, but the irony here is that he does admit it, to richly benefit both listeners and readers, and those fellow survivors to whom Radiance is dedicated. Such survivors “know what it is like to be considered roaches that need to be pushed out” (“Hipster”) and to be wondered about with exasperation by those in power: “when will they stop being born? / why do they plague every corner of the earth?” (“Red”).

One thinks again of those crumbs, and then considers what can live on crumbs. The marginal lives. Those roaches and rats. The ones considered pests and vermin. Poets, and even readers. Those in the shadows, at the edges of glamour, those creatures that endure.