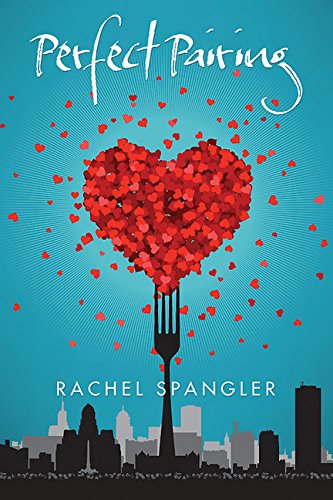 When Spree Magazine features Hal Orion, the creative wizard of grilled cheese, people flock to her of food truck, Cheesy Does It, to try her magical sandwiches with names like Wake and Bake and Hippy Dippy. Sometimes, people queue up looking to catch a glimpse of the Fryboi herself, the moniker the magazine uses to refer to the celebrated sandwich-meister.

Quinn Banning is a determined investment banker on a mission. Since Hal Orion has come to her attention via the article in Spree, she’s formulated her plan and approached Hal’s truck to confirm Hal’s formidable talent for herself. When she tells Hal her idea to set up a restaurant aimed to appeal across ethnic and class lines of Buffalo’s citizens with Hal as chef, it doesn’t go over well at all.

Sparks fly—and not in a good way, with Quinn overbearing enthusiasm leading Hal to beat a retreat back to the safety of her truck. Quinn finds it difficult to understand Hal’s refusal of what Quinn thinks is a terrific offer. She’s not used to taking no for an answer, so she concludes all she just needs to do is regroup and have another go to overcome Hal’s rejection.

Perfect Pairing presents these two characters as the least compatible for each other as the story begins. Hal is defensive and determined not to become a corporate puppet. These feelings, we find, are founded in her life experiences. Quinn is also a victim of her own baggage, with a childhood that molded her into a woman who has struggled for everything and forced her to take control to survive. Both women have similarities and differences in their pasts, which have shaped them into opposite personalities, causing them to misunderstand each other and clash over and over.

Still, they can’t seem to stay away from each other. Over a series of encounters, the two women allow cracks to form in the armor each wears. As they reveal little bits of their experiences, they find themselves trying to search for compromises that will allow a friendship—and possibly something more—to blossom.

The creativity of the food truck sandwiches becomes a metaphor for the lives of the two women who are so meant to be a “perfect pairing,” if only they can let go of the things they think are important and embrace some of the life philosophy the other has. But before that can happen, there’s a lot of work to be done, and it remains to be seen whether these characters will be able to do it.

Hal and Quinn are full of life and fire. Even with their flaws, we can cheer them on, hoping they find compromise and love. Their most admirable traits make them endearing, their least, maddening. The dialog between them is snappy, with playful banter that offers fresh insight and, sometimes, comic relief.

Supporting roles, played by Hal’s long-time friend, Sully, and Ian, Quinn’s geeky younger brother, round out the cast well. Both Ian and Sully have their moments, imparting wisdom-filled understanding to pull the main characters out of themselves and back to a grounded position in order to move forward.

Perfect Pairing is a sexy, tension-filled tale about two dynamic women who have lost their way in life. If they can realize what a perfect pair they are meant to be, it might just be their salvation. However, in order to get there, first these two have a lot of burnt cheese to clean off the grill.

Spangler has given us an irresistible story of two women who think they are content where they are. Yet their meeting and attraction show them that there can be something more and that’s exactly what scares them—if they can overcome the fear and their past histories, they have the potential to become the Perfect Pairing—and have a life together to be savored like one of Hal’s flawless grilled cheese sandwiches.