‘Moonstone: The Boy Who Never Was’ by Sjón

‘Moonstone: The Boy Who Never Was’ by Sjón 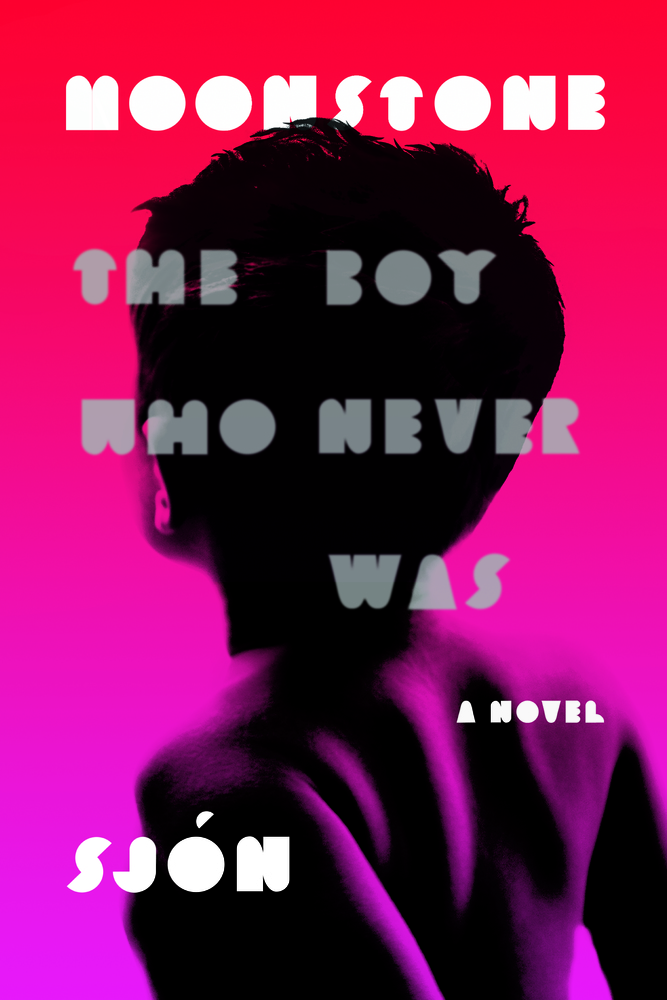 In Icelandic writer Sjón’s new novel Moonstone, he delivers a quiet but compelling literary intervention into Iceland’s past, offering a counter-narrative that acknowledges the country’s many unacknowledged past LGBT citizens. This project lends itself to a larger and more powerful allegory, one that sees the writer blend fictional fantasy with the story of his own family’s queer past.

Written in magically incantatory prose, Moonstone tells the story of 16-year-old Maní Karlsson, a teen boy growing up in Reykjavík, the capital of Iceland, in 1918. Maní is an outsider who lives in dank, decrepit surroundings and cruises the town’s male population for discreet and paid sexual encounters. But we soon learn that it is cinema, and not sex, that sees Maní most fully realize his queer identity. According to Sjón, the glimmer and intensity of the silver screen allows Maní to achieve a deeper level of self-awareness, one not afforded by sexual encounters or his family’s meagre circumstances.

As Maní obsessively watches films between the town’s “New” and “Old” cinemas, we recognize that these are important sanctuaries for the young queer teen. As so many LGBT individuals have previously sought out private spaces in order to express and experience their sexual identity—especially in a public world bigoted against us—Sjón relishes in celebrating the power of the movie theater to offer just that to Maní.

There, he indulges in repeated viewings of one epic film, Les Vampires, fostered by his own intense diva worship of the anti-heroine star. Sjón subtly maps out the pleasures of gay male diva worship here, a cultural phenomenon often conflated with the so-called “Golden Age of Hollywood,” but nevertheless apparent and alive with Maní. Soon it is Maní’s love affair with Irma Vep, the female heroine of Les Vampires that Sjón exploits, as the narrative blurs fantasy with reality and readers begin to think that Vep has slipped out of the cinema screen and into Maní’s own world.

Beyond the pleasures of cinema for queer audiences, Sjón uses the sexual identity of Maní for a larger cultural, historical, and perhaps even political aim: to rewrite Iceland’s early history with the experience—sexually, physically, psychologically—of being gay. It may then come as no surprise then that he opens the novella with a heated sex scene, one subtly shaped by language of convergence: “A low grown escapes the man … [he] appears to have merged with his own shadow, becomes grafted to the rock.”

As Maní’s reality continues to interchange with the narrative of Les Vampires, drama sets in as we learn the Spanish flu has slowly but aggressively engulfed the entire town. Sjón heightens the hallucinatory quality as the plague gathers steam and begins afflicting many in the small community. This is where Sjón gives his story deeper allegorical potential, seeing Maní become one of the residents untouched by the deathly touch of the virus flu, soon becoming an assistant aiding a doctor attending to patients. It is only in the book’s denouement that we realize how Sjón reverses the long-held narrative of the HIV/AIDS crisis, making the queer boy the only healthy individual immune to the plague.

Punctuated with his rich, vivid, and intense language—far more akin to the tendencies of poetry, of which Sjón is himself well-acquainted as a poet—Moonstone thus resonates deeply as an allegory on the larger narratives about gay history across the world. The result is a remarkably psychedelic experience for readers, as the parameters of Maní’s reality and fantasy continue to blur inextricably together. Subtitled “The Boy Who Never Was,” the novel insists on the presence of Maní’s existence—indeed a life so sacred it was even invincible to the forces of a deathly plague.

Of note is Moonstone’s prose. Accessible and unrefined, Sjón’s language is marked by clear, crisp sentences—naturally owed to the talents of translator Victoria Gribb—which deceptively conceal the more complex project at play: that of allegorizing the effects of the HIV/AIDS crisis in the larger history of gay identity. With his haunting prose and his penchant for reminding us of Mani’s intense solitary existence, one that is really represented as being dislocated and separate from the larger socio-cultural milieu.

A work rich in allegory and larger political ramifications, Moonstone is a compelling meditation on queer identity, one that earnestly argues for the recognition of one country’s forgotten gay history.