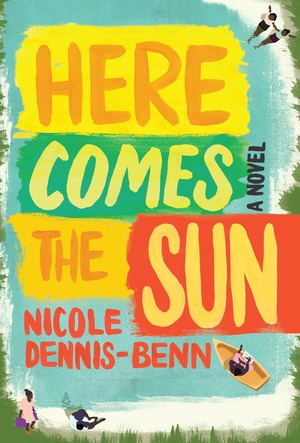 How do you save your sister, your lover, your home and your ambition? In this brilliant debut novel, Nicole Dennis-Benn aims to present this riddle through rich prose, crackling dialogue and the lives of three unforgettable Jamaican women, each tangled in a legacy of trauma.

Margot is a woman who has sacrificed her own dreams for her sister’s future. A hotel concierge by day, by night, Margot makes the bulk of her income in the bedrooms of tourists. But when her work day ends, she does not retreat back to the shack in River Bank where her sister and mother live. Instead, she goes to the pink house, where the beautiful Verdene lives. While Margot grinds at the hotel, her mother Delores hustles by selling crafts to gullible tourists, sweet talking them into sales. Though there’s a large amount of vitriol between mother and daughter, they both toil for Thandi, who goes to a good Catholic school and carries the heavy burden of needing be a doctor and bring her family from poverty to success. Thandi, though, just wants to be beautiful, and we first meet her in Miss Ruby’s shack, secretly getting her skin lightened. Thandi loves drawing more than she loves the pressure to become a doctor, but is unsure how to proceed with such a dream.

The axis that the novel turns upon is Jamaica itself, expertly drawn in this novel as a homeland, a contradiction, a place of paradise for some but poverty for others. Patois easily mixes on the page with the bright flora of the country, and juxtaposing the formal English that Thandi is taught in school. The overwhelming tourist industry is presented in contrast to the lives of the people who serve the industry, akin to Jamaica Kinkaid’s A Small Place. Dennis-Benn does an excellent job bringing the fate of River Bank into the heart of the story, as Margot’s fierce ambition to become general manager of the hotel leads her to greater and greater compromise, including a new hotel being built on top of River Bank’s residents.

Margot is by far the star of the novel, an Icarus who will fly to close to the ever present sun. The mysterious Verdene, who River Bank’s people torment by leaving dead dogs in her yard, writing in blood on her pink house, is revealed to possess the integrity that Margot will slowly give up in her ambitions. The two women first meet when young Margot was doted on by Verdene’s kind mother, now gone. Verdene, when found to be in love with another girl, was sent away to London. She’s returned after her mother’s death to inherit the pink house, and Margot, who’s fascination with Verdene never left, falls in love. Their love is not easy, tempered by the hateful climate of Jamaica and Margot’s emotional vulnerability, unsure if she can be with Verdene. It’s a heartbreaking predicament that many queer women will be familiar with, and the nuance that Dennis-Benn brings to their relationship is spectacular. In order to create the private love life Margot wants, she will go to any lengths, eventually leveraging homophobia to sabotage the career of anyone who stands in her way.

Meanwhile, Thandi is skipping school and falling in love with a boy who finds her beautiful just as she is. Delores is revealed to be a mother who has failed Margot spectacularly, even as Delores believes she did her best, and the presence of Verdene holds more weight than originally thought. What’s devastating and achingly rendered is the seemingly hereditary nature of trauma, as each woman has suffered sexual abuse without an honest map on how to survive it. By the time their pain is shared, it may be too late to heal a family fractured by the weight of being a woman in a cruel world. Thandi’s boyfriend will try to naively bring justice for Thandi, but even that noble folly leads to the novel’s heartbreaking denouement.

Verdene’s pink house becomes a beacon of integrity in the swirling drama, but even Margot’s best intentions will eventually be their downfall. The novel ends with that question echoing loudly: how do you save your sister, your love, your home and your ambition? In this dazzling and gutting novel, the answer is as complex as the country it inhabits.

'A Queer Love Story: The Letters of Jane Rule and Rick Bébout' Edited by Marilyn R. Schuster
‘And a Time to Dance’ by Chris Paynter
New in November: Mark Dery, John Boyne, and Alison Bechdel