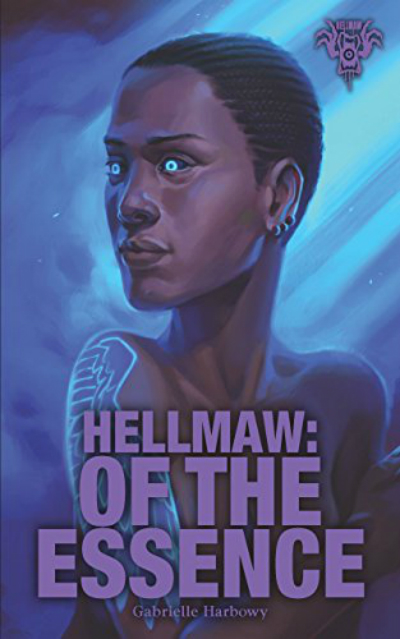 This novel is only the beginning of a longer story. From the first page, the reader is pulled into a fascinating logic game—what is this world, how did I enter it, how did these characters come to be? And then, as the story  progresses, and some of the more rudimentary plot details are made clear, more twists and conundrums are added to the tale; the questions widen—what is good, and what is not? Who do you trust?

The protagonist makes her money and supplements her life force by tattooing, and hence has the name Quills. We open on her giving a small tattoo to a client, taking from the client a little of their essence (which, as it turns out later, is her power and her weakness). Quills thinks, “It soothes humans to receive a small touch that tells them the whereabouts of a person they can’t see.” Quills is not an ordinary protagonist. In an increasingly labyrinthian world (and in fact, labyrinths become a big part of the story), she continues to show her humanity despite not being entirely human. She is a being devoid of time and age, with allegiances that stay strong despite the world shifting around her.

And yet, she intuitively understands the way people (and beasts) move. She can read them, knows to comfort them or outsmart them. She is solo in her journey to keep her power, and yet she is also interconnected with the strange and hostile worlds she occupies.

This is one in a series of fascinating and compelling works by Harbowy, whose ability to create realistic portrayals of otherworldly lives is astounding. This story is must read, especially for those who love to get addicted to strong, superhuman characters.