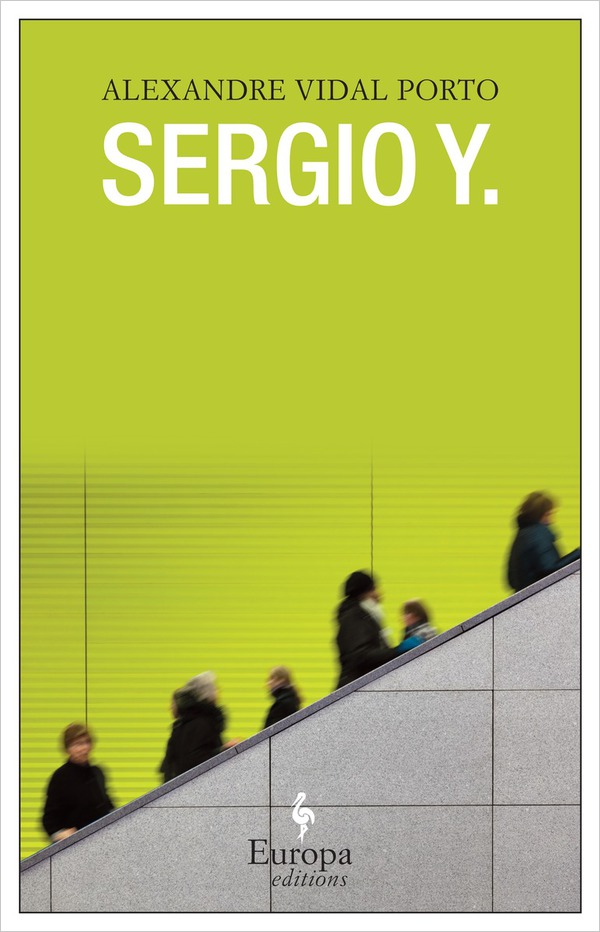 Alexandre Vidal Porto’s Sergio Y (translated from the Portuguese by Alex Ladd) isn’t a crime story in the strict sense of the genre, even though it does contain a crime. Winner of the Paraná Literary Prize, it’s a mystery in as much as detection and revelation of character drive is its narrative. Beautifully told and translated, it explores the limitations of truly knowing another person, but not without some problematic limitations of its own.

Armando, an aging and well respected therapist, in São Paulo, takes on a patient, Sergio Y., the sixteen-year-old child of a wealthy Brazilian family who, despite Sergio’s physical beauty and apparent privilege, has come to him because he is “depressed by nature.” After a trip to the United States, Sergio tells Armando he has discovered how he can achieve happiness in New York City and will no longer need his help. Armando is surprised by this and puzzled that he never fully understood what troubled Sergio. Several years later, scanning online news, he reads of Sergio’s murder, and soon thereafter, he learns that before his patient’s death, Sergio transitioned, took the name Sandra, and by doing so, found happiness.

Armando is deeply unsettled by the news that his patient was trans, not necessarily because he is transphobic, but because, as an experienced therapist, he had no insight into his patient’s internal struggle. His professional pride is wounded, and he feels that perhaps, in some way, his lack of discernment led to Sandra’s demise. He travels to New York City to his daughter’s graduation from Columbia, and during his visit, he meets Sandra’s therapist, who reassures Armando she did find happiness, that she credited him with helping her, and that her death was a result of a drug-crazed woman’s momentary insanity, not Armando’s lack of insight as a therapist.

Still, Armando feels unsettled and continues to strive for a greater understanding of who Sandra was, which leads him to conversations with Sandra’s parents and, eventually, her killer. The narrative drive resides largely in Armando’s frustration in not having seen Sergio as Sandra, that somehow he should’ve seen through the facade, so to speak. What he perceives as a lack of insight on his part thwarts his self-confidence, humbles him, and sends him on a journey that is part emotional detective story and part act of atonement.

However, he doesn’t sufficiently grapple with why Sandra may have to conceal her gender identity from him and therefore never takes adequate measure of his own privilege, as her therapist and as a cisgendered male. Instead, the novel turns into a story of not knowing, which Porto finds clever ways of exploring through parallel narratives: if we don’t know the true story, perhaps another story will fill in the gaps and offer illumination, a fascinating and affecting device, re-enforcing the notion that the trans community needs its stories to achieve true and lasting visibility and, of course, equality.

Ultimately, the most moving aspect of this book is also its most problematic. Readers will connect with Armando’s struggle to understand his patient posthumously. He endears himself to us through his egoism, frustration, and eventual humility. However, in keeping Sandra concealed behind the shroud of death—a character only to be glimpsed through those who knew her, from her mother to her NYC therapist to her killer—Porto caves to the temptation to romanticize her. Sandra comes across as a fully realized, dazzlingly successful, and self-assured woman. It’s a wonderful thought—but it didn’t ring entirely true.

It’s not that she needed to feel shame or be in agony over her transition; we need to move beyond those sort of narratives now. I just craved a more textured, more complete vision of a trans woman, someone who had flaws and nuances, someone who had obstacles beyond the scope of her transition. A complex character, not just a beautiful idea.

If she had stepped out from behind her shroud and spoken for herself, we could’ve gotten to know her, which would have given her life more substance and her death more meaning.