A Poem by Lawrence Kaplun

A Poem by Lawrence Kaplun 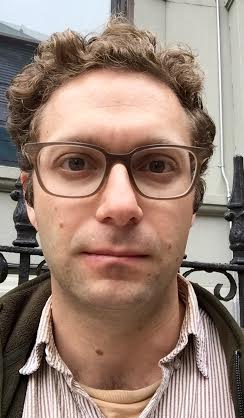 This week, a poem by Lawrence Kaplun.

The subway goes all the way down
to the beach, so I don’t have to
see my footprints in the sand.
I’m the only one here besides
the lifeguard asleep in his hammock.
Large paper origami instead of sand castles…
This “why me” business is getting cold.
The alternative requires a tool
I didn’t acquire while I make an effort
with a smaller, cheaper version,
and look down at my arms.
I thought it would be a good idea
to replicate someone else’s time here,
but sadness and algae are up
to my elbows. I’m glad it’s night now.
The ocean and pier to myself.
It’s like a music video
without the makeup and cameras.
I know all the words.
I don’t mind the raw footage.
The battery on low and it’s not 1998,
so I can’t call Collect, say my name
after the tone. I want to change
how I feel about romance,
close the insomnia on my blanket.
The black ink smudges on my hands.
I try to add to the paper origami pile;
my fingers aren’t doing it right.
I should have brought a sweater, regret
not being more careful.
There isn’t much time left to salve
my amateur prayer cracked
at the lens. I don’t hold it up to
the sky or its clouds. Water has
some sort of knowledge,
which is why people stare at it
for long periods of time,
seeking insight or coins
beneath, hands wrinkled repeatedly.
The water comes closer, then backs away.

Appreciations: Ben Ladouceur's "I Am in Love with Your Brother"
Cartoonist Ed Luce on Creating Comics and Promoting Body Positivity
Mykki Blanco Calls on Queer Academics for Inspiration