‘Party of One: A Memoir in 21 Songs’ by Dave Holmes

‘Party of One: A Memoir in 21 Songs’ by Dave Holmes 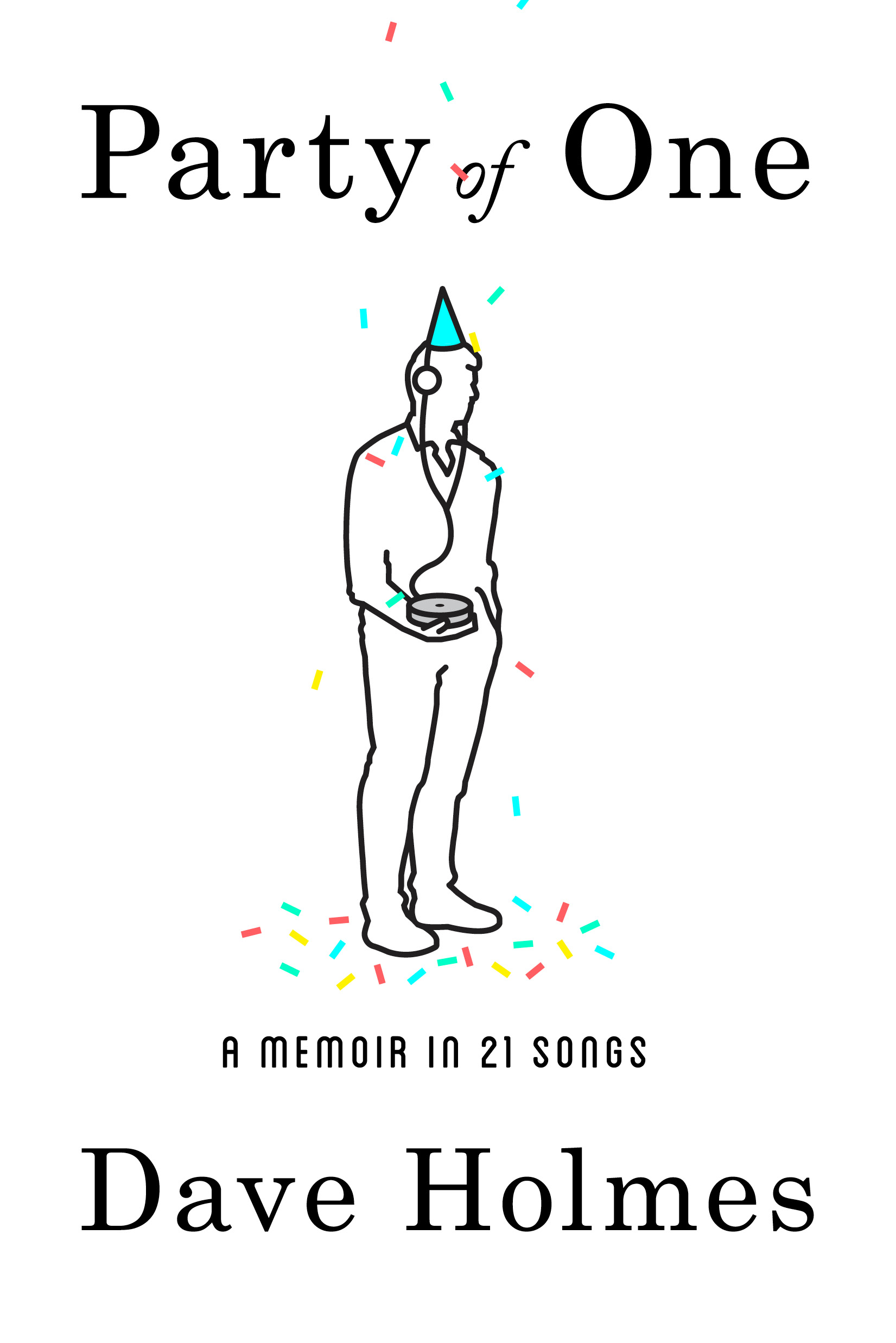 Writer and television personality David Holmes introduces his memoir by reminding his readers of the video for the Blind Melon song “No Rain,” explaining how accurately it represents his life. This is a sign to potential readers that there are a bevy of pop culture references ahead. (And this isn’t even the deepest cut: there’s an anecdote about Su Pollard.) It’s also a sign that this book, which easily could have been a quick cash-in on his notoriety or a missive about the ills of Hollywood, is more invested in telling a singular story along with keeping the reader entertained.

And what is Dave Holmes’ story? Party of One is the story of someone who grew up using pop culture as a haven from a harsh world, who then becomes disillusioned with it after working in the industry that produces it, but eventually learns how to engage with it on his own terms. It is also the story of someone trying hard to be a somebody, who ultimately learns to be himself. All of it is set to the soundtrack of the hits from the past few decades.

Readers are introduced to a young Dave, youngest of three in a Catholic family, living in St. Louis, Missouri. He’s the type who is less interested in tending the goal and more interested in entertaining the people in the stands. He begins to realize that he is “both different and different” and finds refuge in pop culture and his friends working at the school candy store.

He spends most of high school crushing on a straight friend and desperately pretending to be “normal.” College is no better to him than high school. He flunks his freshman year, making up the classes elsewhere, but returns a year behind his friends. After he pens an anonymous letter in the school paper about being gay, his school decides to haphazardly create a support group for gay students. It’s there he meets a guy he falls head-over-heels for, but this first relationship fizzles out quickly.

After college, and a brief but important encounter with the Indigo Girls, he moves to New York City. He plugs along at his advertising firm job, hangs out with his Friends-like group of friends and goes to various gay bars. On a whim, he decides to enter into MTV’s first I Wanna Be A VJ contest. Although he was a runner-up, he’s persistent enough to get a job at the network. As he continues working there, he sees more and more how the proverbial sausage is made and gets frustrated with the network as it tries to maintain a progressive image but without making any real efforts.

After 9/11, Holmes finds himself in L.A. and going for acting gigs, but the only roles open to him are the stock “sassy best friend” character. He also quits smoking, begins to exercise more, starts seeing a therapist and meets his boyfriend, Ben. The book ends on two revelations. He first realizes that he has aged out of mainstream pop culture and makes peace with that. The second occurs after a day-long retreat full of pop-psychology that Dave believes to be ultimately pointless at first. Later, a friend points out that the major lesson of the experience is that perhaps he doesn’t need to fit in with people, but to be okay with himself first and foremost.

While the memoir hits similar beats of its peers, the greatest strength of Holmes’ book is its specificity. He has a very keen ability to slow moments down and examine them to expose a nugget of truth. One example of this is him describing playing sports on the playground, a fraught time and place for someone who has to perform a certain kind of masculinity. The following passage is captivating and equal parts funny and sad:

But here’s the part that I truly couldn’t and still can’t quite believe: sometimes a boy would send the ball to the wrong person, or someone from the other team would knock him down, or he would break one of the five million rules about where your hands and feet are supposed to go, and his plan wouldn’t work out at all. It might even result in the other team scoring. It might result in the other team winning. And if it did, this boy would get upset for a second or two, and then just shake it off. He wouldn’t worry about what everyone else thought about him, or about how many rungs in his mistake had knocked him down the social ladder, or whether he actually did suck. He would just have made a mistake as people do, and he and his friends would live to touch another’s butts another day. This was astonishing to me. This was like flight.

Of course, not all of these observations are of the quiet heartbreak kind. A more lighthearted thing he notes is that any gay bar anywhere is at most 30 minutes away from playing CeCe Peniston’s “Finally.” While Holmes is self-deprecating at times and plays at being a curmudgeon, overall there is a warmth and sincerity that carries throughout.

The memoir has its origins in his “Somewhere in Time” series for Vulture which examined the Top 40 of years past, which slowly added autobiographical elements but this book hews closer to the story of his life. The book is not without its lists, which serve as something similar to interludes on albums. Depending on your feelings towards either listicles or interludes, these are either things to skip over or things that help add to the overall flavor of the work. If you’re curious to know if Dave knows some gossipy stuff about celebrities, the interlude “All Right, You Jackals, Here Are Some Stories About Famous People” is for you.

If there is any real criticism of this book to be made is that it feels like it ends too soon. It ends on what seems to be a new act of Holmes’ life where has he gotten into the groove of being a comedian, a writer and a podcast host. This is great for Holmes’ himself, but it leads to the final chapters coming across as somewhat rushed and scattershot of ideas.

You don’t have to remember what a VJ is to enjoy Dave’s pop culture inspired tour throughout his life, though it helps. However, you should be open to the idea that pop culture is not just frivolous things but also a window into the wider world. If you’ve ever felt like that aforementioned bee girl, this is great book that might also help you feel like you aren’t partying alone.

Writers on the Election, Hopeful Public Art, and More LGBTQ News
'Caprice: Collected, Uncollected, and New Collaborations' by Denise Duhamel and Maureen Seaton
‘The Trees in the Field’ by J.E. Knowles