Lambda Literary, the global leader advancing LGBTQ literature, is pleased to announce two new full scholarships for students of the organization’s prestigious summer residency, which begins next week in California.

The Jeanne Córdova Words Scholarship, in memory of the beloved activist and author who passed away in January, will be given annually in conjunction with Lambda’s Writers Retreat for Emerging LGBTQ Voices. The Scholarship will be awarded to a lesbian of color or lesbian-identified queer or trans woman of color, working on text with lesbian content in any of the workshop categories excluding poetry. The scholarship includes the Retreat tuition, room and board fees plus transportation costs, up to a total of $2,500. Each year’s Scholarship awardee will be selected by the Córdova Words Scholarship Committee, from a list of writers accepted to the Retreat who meet the scholarship criteria.

The 2016 winner of The Jeanne Córdova Words Scholarship is San Francisco-based Columbian writer/educator/oral-historian Juliana Delgado Lopera who will be working in the fiction cohort lead by Andrew Holleran.

“In a public letter to the lesbian community a few months before her death,” said Jeanne’s wife, Lynn Ballen, “Jeanne wrote ‘It is wonderful to have had a life’s cause: freedom and dignity for lesbians…. We built a movement by telling each other our lives…’ Her writing was always centered around that telling, and she wanted to support lesbian-identified writers of color to do the same for their own generations.” Ballen added, “Her own experience as a participant at the first Lambda Emerging Writers Retreat in 2007 helped her to expand her writing craft from journalism & essays, and to complete her award-winning memoir. And that inspired her to create this scholarship award, to support future community storytellers.”

The Bryn Kelly Scholarship for Trans Women/Trans Femme Writers honors the life and artistic work of Bryn Kelly, a 2013 Lambda Fellow in nonfiction who passed away in January. Bryn, a much loved writer and performer, created innovative work that was smart, sharp, daring, and from the perspective of an HIV-positive trans woman. The scholarship includes the Retreat tuition, room and board fees plus transportation to and from Los Angeles in 2016 and 2017, with the potential for ongoing annual funding. A special thanks to Gaines Parker, Sarah Schulman, Everett Maroon, and many of the participants in Bryn’s 2013 Retreat cohort for helping initiate the scholarship.

The 2016 winner of The Bryn Kelly Scholarship is Bronx-based Afro-Indian and Latin writer, Nahshon Anderson who will be working in the nonfiction cohort lead by Sarah Schulman.

“The mentorship that Bryn connected to at Lambda was vital to her career as a writer,” said Bryn’s partner, Gaines Parker. “In the nonfiction genre, she wrote candidly about the isolation and shame that resulted from being an HIV+ trans woman in queer cultural spaces that didn’t leave space for her as an honored colleague or savvy peer. That isolation made her a keen reader of other trans women–especially women she met at the Retreat and those who have attended subsequent retreats. She would be thrilled to see this scholarship including more transfeminine voices and the development of their work.”

“We are deeply honored to be able to support emerging writers to succeed at Lambda’s Retreat through the generosity of community members who wanted to remember two truly exceptional women: Jeanne Córdova and Bryn Kelly,” said Tony Valenzuela, Executive Director. 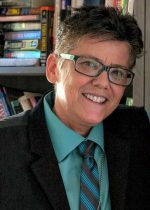 Jeanne Córdova – Author, Activist & Publisher – was a pioneer of the West Coast LGBTQ Movement. Her writing and journalism included the Lammy award-winning memoir When We Were Outlaws: A Memoir of Love & Revolution. Her work also appeared in numerous award-winning anthologies including Persistent Desire: a Femme-Butch Reader and Lesbian Nuns: Breaking the Silence. In addition, she was a columnist for many publications, among them the L.A. Free Press and The Advocate.Córdova also founded and published The Lesbian Tide, the national newsmagazine of the lesbian feminist 1970’s, and she created the Community Yellow Pages, the nation’s largest LGBTQ business directory.  Her long life of activism included founding many key LGBTQ rights organizations including the LA Gay Press Association, and serving as President of Stonewall Democratic Club and as Media Director for the campaigns to defeat anti-LGBTQ Propositions 6 & 64 in California. Major conferences she organized ranged from the first National Lesbian Conference in 1973 to Butch Voices LA in 2010.  More recently her band of guerilla activists–LEX (the Lesbian Exploratory)–created political, art and history events, including “GenderPlay in Lesbian Culture” and the Lesbian Legacy Wall at ONE Archives. 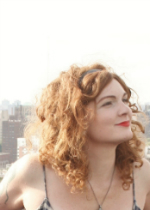 Bryn Kelly shared her written work at NYC-based performance series TRIPS, Low Standards, and Queer Memoir; as a columnist at Showtime Network’s OurChart.com; in Original Plumbing magazine; as a regular contributor to the digital literary magazine PrettyQueer.com; and in the anthology,Trans/Love: Radical Sex, Love and Relationships Beyond the Gender Binary, edited by Morty Diamond. She published the short story “Time is Not a Line,” commissioned by artist Carlos Motta, for the journal We Who Feel Differently.

She was a co-founder of Theater Transgression, a transgender multimedia performance collective; a co-creator and cast member of the touring roadshow, The Fully Functional Cabaret; and performed in Lisa Auerbach’s public program, Art in the Age of Aquarius, at the Whitney Museum of American Art. She studied playwriting at Brooklyn College and was a 2013 Lambda Literary Fellow. 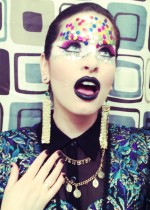 Juliana Delgado Lopera is an award-winning Colombian writer/educator/oral-historian based in San Francisco. The recipient of the 2014 Jackson Literary award, and a finalist of the Clark-Gross Novel award, she’s the author of ¡Cuéntamelo! an illustrated bilingual collection of oral histories by LGBT Latin@ immigrants awarded the Regen Ginaa Grant from Galería de la Raza and a 2014 National Queer Arts Festival Grant from the Queer Cultural Center. She’s the executive director of RADAR Productions. 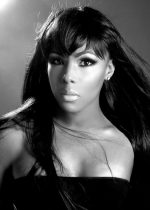 Nahshon Anderson is an Afro-Indian and Latin writer with roots in East Texas where family members served in WW I & II. A Californian, Nahshon’s family was close to Rodney King. Nahshon attended California State University Los Angeles. At age 19, Nahshon survived an attempted murder, inspiring the short story “Shooting Range,” which won a 2014 BRIO Award from Bronx Council on Arts. A recipient of grants from the California Arts Council and Robert Rauschenberg Foundation, Nahshon has studied with writer Andrew X. Pham. A member of SAG-AFTRA, Pen America and a 2015 VONA fellow, Nahshon is currently writing a memoir.

Lambda Literary’s Writers Retreat for Emerging LGBTQ Voices begins July 25 through July 31st on the campus of the University of Southern California. A free public reading series featuring the faculty and Fellows will be held throughout Los Angeles.