‘Call Me By My Other Name’ by Valerie Wetlaufer

‘Call Me By My Other Name’ by Valerie Wetlaufer 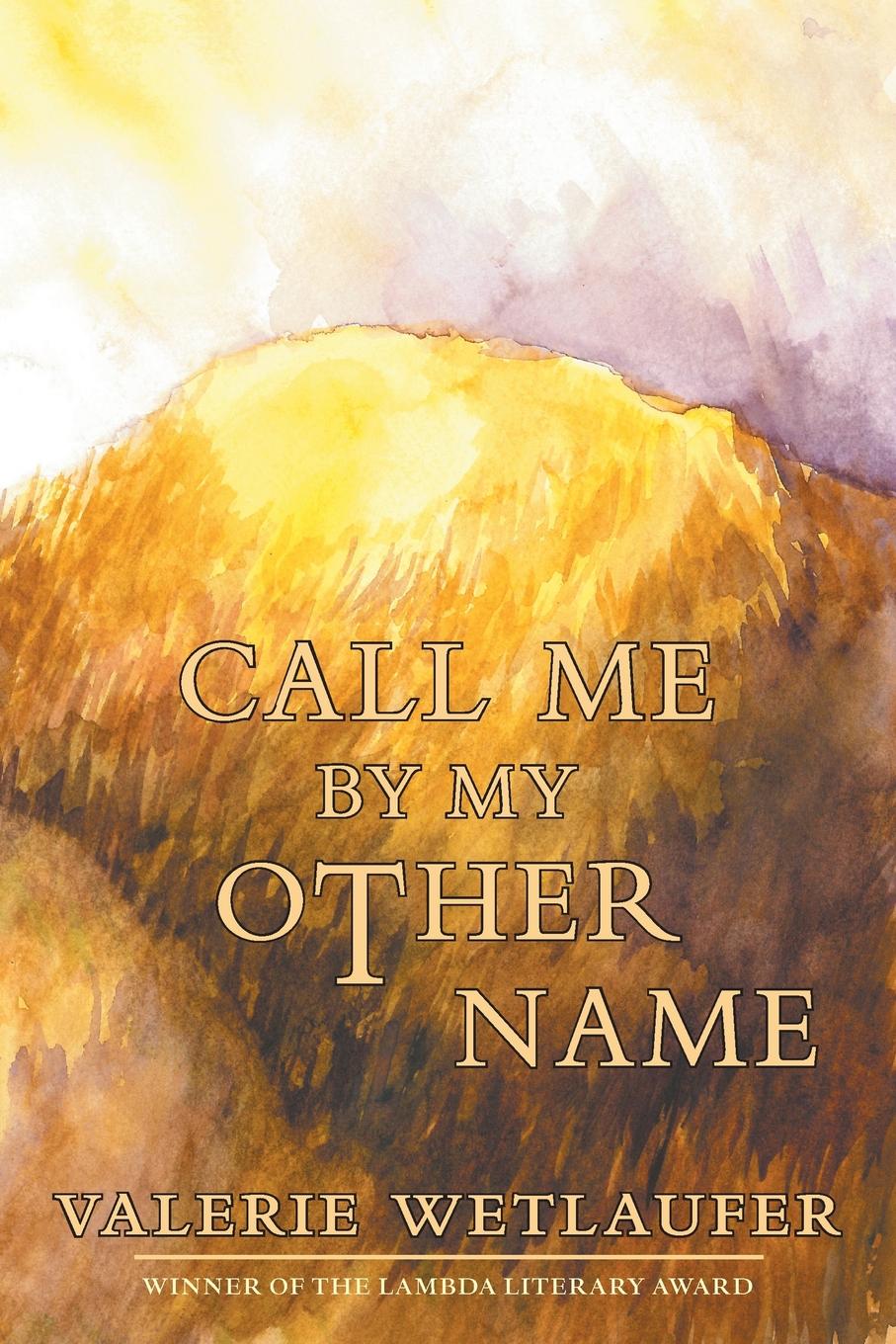 I remember quite vividly as a nine-year-old girl being chosen to play Psalty, the gender-unspecified singing songbook in the elementary school musical. At the time, I had aspirations toward a career in the theater, which seemed like a lot of fun and games to me, with a chance to try out many different roles—not to mention costumes! But as intrigued as I was by the concept of performance, I also had a lot of questions.

After one of our rehearsals, I approached Mrs. Cooper, the music teacher who had entrusted me with what seemed the role of a lifetime. I asked her, “What is the difference between acting and posing?” I suppose I have been asking some variation of this question all my life.

I tell you this small story now because, having recently finished (by which I mean devoured) Valerie Wetlaufer’s second collection of poems, Call Me By My Other Name, I was reminded of my enduring questions about performance and authenticity—this time in context of persona poetry and the page. When I reached the conclusion of this book, I realized that Wetlaufer herself was nowhere to be found. In fact, I had forgotten all about the talented young poet I met last year when she read at the Miami Book Fair. Wetlaufer has used her finely honed literary powers to erase her omnipresence as poet-speaker—what I might even call her omnivocality—from this collection. She is not Wetlaufer posing as “Anna Morris, alias Frank Blunt, the woman who has tried to be a man for the last 15 years”; rather, in Call Me By My Other Name, the poet succeeds in assuming the complex identity of Anna Morris/Frank Blunt completely.

Wetlaufer begins her book with the language of reportage, an excerpt from the Badger State Banner from 1894 which goes on to recount: “It was then discovered that the prisoner [Anna Morris/Frank Blunt] was a woman, although she had worn masculine attire nearly all her life… After the sentence [to one year in the penitentiary for stealing] had been passed, Gertrude Field, a woman who claimed to have married the prisoner in Eau Claire, fell upon the neck of the prisoner and wept for half an hour.”

This historical document establishes a certain kind of authenticity—a journalistic credibility, we might say. Wetlaufer then immediately juxtaposes the quote with an excerpt from another nineteenth century text of a very different order, Walt Whitman’s Leaves of Grass: “Who are you? and what are you secretly guilty of all your life?” The poetic text in parataxis is now given comparable credibility as a source of meaning and way of knowing as the journalistic one.

What follows is a series of forty-one artfully interwoven poems, which recreate and indeed re-inhabit the lives of Anna-as-Anna, Anna-as-Frank, and their evolving love story with and marriage to a woman named Gertrude. The poems are part literary biography of an obscure, historical figure and part proto-trans narrative of both timeless and uniquely contemporary resonance. Listen to the way Wetlaufer listens to her speaker, hearkens to the prosodic particularities of this speaker’s song: “The fortune teller at the carnival told me/ I would die by fire and deserve it; /also, love a girl with violets in her lap.”

A Real Wife needs a ring.
But I spent all our cash
on that stale cake in Merrimac.
Sugar for my sugar.

I struggled into trousers,
leather cock, cool against my thigh.

Gertrude dubbed me Frank Blunt, unleashed
my hair with a knife, taught me to snitch.

________All the catalogs instruct:
Vanity is the duty of a proper wife.

________The new issue came while you roamed
for work. I folded the corner of so many pages—
the latest styles: spring shirt waists, cashmere cloaks.
________ When we wed, I will be a perfect replica,

________fashion plate, draped in grosgrain silk
at any price; no one will question our probity.

Then, there is Wetlaufer’s own voice, which emerges later in the book, harmonizing with the others. She arrives as herself, marked—“The Author”:

Two birds sit on a line.
I watch through my window […]
Women are like this, when we live
side by side, years stretched between
us like laundry. Top and bottom,
butch and femme, lover and beloved.
Nothing is static. Everything shared.

Each contains both birds.

How can we not now think of Anna-within-Frank and Frank-within-Anna as well as the lovers Frank and Gertrude when we read these words? The lines hearken back to an earlier poem called “Naming Spell” wherein we read first of one bird: “Born Anna in the field/under the sun, born goat-tender,/sister-keeper, son-in-a-dress […]“

And then, paratactic again, another bird:

I read of the literal birds, and then I look back for the symbolic ones, their identities enfolded in one “son-in-a-dress,” a language before the language that gives us trans, transgender, and transman.

This chorus of voices continues to swell and swirl throughout the collection, the rounds of their song overlapping and intensifying with oracular grace. Other figures from the narrative periphery also chance to speak. For instance, “The Newspaperman.” His report-as-poem reads in its entirety:

After the sentence was passed, the smaller woman,
much bereaved, clung to the larger woman’s suspenders.
I thought of my own wife, May, how she repeats this action
each morning, stuffing pencil and paper scraps into my pocket,
guessing the time I’ll be home for dinner by the weather
and gossip in the air.

Theft alone isn’t news. There is always a story beneath the story.

Look here how we see them all—Gertrude (“the smaller woman”), Frank (“the larger woman”), and the newspaperman with his wife May. He is not a mere commentator but a full and believable person. In Mrs. Cooper’s remembered words, I am not seeing Wetlaufer here on the page, but the newspaperman, entire and unposed. With a few deft deployments of language, he and May and their lives together are embodied. As you have now seen for yourselves, Wetlaufer’s attention to detail is astonishing. She is a storyteller who tats rather than tells, a poet who crafts with a lacemaker’s care.

Now hear “The Cellmate,” who comes fully alive in her tight poem-cell:

In life outside, I tended roses.
It was my duty to outshine
the cleverness of rabbits
bent on destruction.  Inside,
we are the ones subject to treatments.[…]
________My husband loved
two things: whiskey and
uprooting roses. I am vigilant
when it comes to weeds.

Regarding Frank, now incarcerated as Anna, she ruminates:

________This new cellmate
is a thief. They say she’s someone’s
husband. I mistrust her glances.
I know what a husband can steal.

And then “The Author” again, peeling back another layer of her own investment in this story:

Women are words to me now.
I dress them like paper dolls,
press their thin faces together
in a kiss. My own divorce is
fresh-faced as Anna out
riding her mare in the snow.

Reader, I want to give you a treasure map to this book, but there are so many places to mark with X, so many treasures. And look at the insights that lift off and hover above the page, speaking truths that transcend their context: “Don’t trouble my course;/all waters & lovers return to the source.”

And: “Love: a woolen garment//too frayed to darn.”

And: “Desperate men do not make patient women.”

Of course I want you to look closely at those “Pictures of Women with Men They Did Not Marry” and feel deeply the sensuous fervor of “Ars Erotica” and “Cupid’s Itch.” I want you to listen intently to the small-town “Gossip” and travel alongside Anna-as-Frank on their “Death Trip.” Most of all, I want you to hear the haunting poignancy of a poem like “Helpmate IV,” where we return once more to the newspaper’s authority. In our present moment of cultural backlash against queer people, particularly members of the trans community, this poem strikes a deep, unnerving chord:

She has a taste for the bejeweled.
I rob the store & scoot,

mustaches slipping with sweat.  My skirts—
discovered. Gertie weeps for half an hour.

She falls upon my neck in the jail.

Now for the part of the poem that reminds us of the recurring insults to queer lives that circulate widely in our own social media, the judgments that reduce queer people to stock characters, villains and tempters, a class of citizens whose complex emotions and capacity for real devotion are routinely called into question: “The papers don’t call it love:/ Wouldn’t use that word for anything a pair of girls could do.”

Who is speaking here, at the conclusion of this poem? Who is quoted as saying “Wouldn’t use that word [love] for anything a pair of girls could do” in the papers? More than a few voices, no doubt—an unnamed collective, a vocal majority. I think Wetlaufer entreats us to bear witness here in order that we might respond, and refute, such judgments in the world beyond the page.

Call Me By My Other Name is a triumph of contemporary poetry, persona poetry, feminist poetry, trans poetry, and poetry at large. This book is what happens when aesthetics and activism are yoked in the finest possible literary form. To my mind, it is a collection that should be read and taught as widely as possible—in every kind of literature, creative writing, and cultural studies course.

And now from Wetlaufer’s penultimate poem, which proffers such hope:

And the punishments for visibility are real and terrible.

But we have always been everywhere.

Bearing the burden and responsibility of scarcity,

we have long been so beautiful in each other’s gaze.

Yes, I want to say. Exactly.

'Huntress' by Malinda Lo
'Law and the Gay Rights Story: The Long Search for Equal Justice in a Divided Democracy' by Walter F...
A Poem by Shane Allison