‘Frannie and Tru’ by Karen Hattrup

‘Frannie and Tru’ by Karen Hattrup 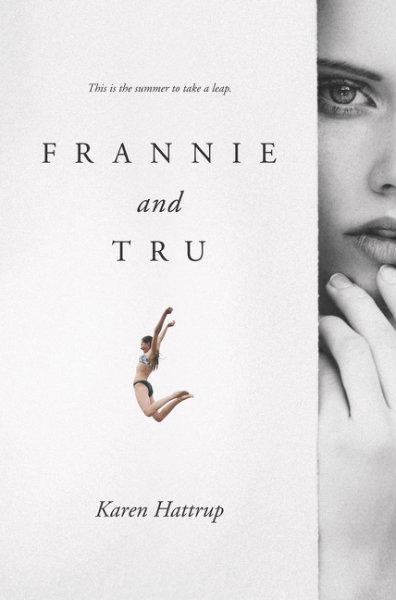 Frannie is a quiet, all-American good girl. She gets good grades, doesn’t cause too much friction and seems to be waiting for her life to begin. She and her older twin brothers Jimmy and Kieran go to private Catholic school, but after their father loses his job, Frannie is informed that she’ll be attending a public school next year. Her best friends begin to exclude her right away in that weirdly cruel mean-girl way, and she needs something to help her feel a part of the world.

Enter Truman (aka Tru). Her wealthy cousin will be coming to live with them for the summer, Frannie’s mom tells her and her brothers. Frannie overhears her parents talking and realizes that the scandal that brings Tru to her family is that he’s gay. She’s never known a gay person in real life before and while her brothers are busy mocking Tru’s past as a spelling bee champion and nicknaming him “the Blazer,” Frannie is imagining him as a friend who’ll be impressed by how cool-with-it she is.

Instead, Tru introduces her to his own circle of friends and makes her feel like part a larger world by expanding her view of it. There’s a touch of the “magical gay friend” theme here, but Hattrup writes Truman as a real and nuanced enough character that Frannie is the one who looks a little one-dimensional in comparison. Frannie is a middle class girl who grew up in a safe, homogeneous social environment. During the summer of Tru, she meets actual people of color, sneaks into a bar, steals booze, and kisses a boy.

If this sounds like a story that’s been written a hundred times in various combinations, that’s because it’s a crucial part of coming of age. Learning about life outside of your socioeconomic culture and experience level is what defines the act of growing up. If that theme doesn’t appeal to you, the writing will. Karen Hattrup writes her characters and the rites of passage they drive through on the way to adulthood with subtle poetry and the language of difficult transitions.

In the end, Frannie does learn more about the world and her place in it, but the most crucial changes she’s makes involve living outside her head, letting people define themselves, and balancing sensitivity with sensibility.

This is a quiet book about race, gender, and sexuality. The action is heavily focused on slow, subtle character development. That said, it’s not a book that will appeal to everyone, but the people who do like it will fall in love with the characters and be changed by their story.

'What the Night Demands' by Miles Walser
'The Salt Ecstasies' by James L. White
Benjamin Alire Sáenz: On Growing Up and Self-Expression