‘Black Dove: Mama, Mi’jo, and Me’ by Ana Castillo

‘Black Dove: Mama, Mi’jo, and Me’ by Ana Castillo 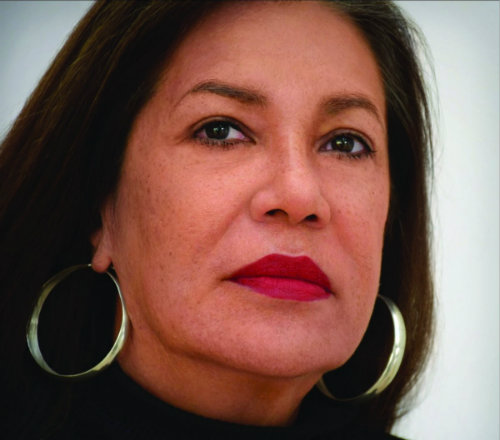 Ana Castillo’s Black Dove: Mamá, Mi’jo, and Me is a collection of autobiographical essays that trace her family’s immigration from Mexico to the United States in the 30s, coming of age in Chicago in the 60s, finding a troubled home in the feminist movement in the 70s, and establishing herself as a teacher and one of the leading voices in Chicana literature. The essays, arranged in loosely chronological order, focus particularly on Castillo’s difficult relationship with her mother, raising a son as a single parent, and the process of carving out a place for herself during a time when cultural representations in which she might find her experience reflected did not yet exist.

The strengths, wounds, and ensuing struggles of embattled identities (Chicana, bisexual, working class, feminist, artist) that have shaped Castillo’s life are present in the stories she tells in Black Dove, and also in how she tells them. Castillo, who is the author of over a dozen books, including the novel So Far From God, turned to fiction and poetry, in part, to make her identity legible. One gets a sense of the nearness of history as Castillo describes the confines of second-wave feminism, within which she was demonized for sleeping with both men and women. She writes of the narrow constraints of gay identity in a time, not too long ago, when queerness was not yet culturally codified. One of the collection’s implicit questions is what intersections of identities might come next, what experiences and realities we have yet to see represented.

The pain and acceptance of not quite getting what one might have needed is deeply embedded in these essays. There is an austere pragmatism in the work, particularly in the essays describing her childhood and adolescent experiences. Castillo writes of her family with both love and emotional distance, a stance recognizable to those of us who’ve made the choice to continue loving our families no matter how much they’ve hurt us. She describes an aloof and hard-working mother who is in many ways emotionally trapped within herself, and thus unable to give her intelligent, headstrong, and complicated daughter the kind of love and understanding she needed. In the final essay of the book, she tells the story of her mother coming to Mills College, where Castillo was teaching at the time. Her mother, elderly and shrunken by diabetes, “a tiny pellet of a woman,” flatly refuses when her daughter beckons her to come and be introduced to colleagues during a reception. Witnessing her mother’s frailty and insecurity, Castillo is able to find compassion regarding her shortcomings as a mother.

Black Dove gains power as Castillo’s storytelling grow more vulnerable. The pragmatic manner in which she writes of her childhood in the book’s earlier essays opens up into a fecund and imaginative landscape of spiritual questioning and self-doubt. During her son’s incarceration for attempted robbery, she questions the mistakes she might have made as a single mother, her troubled relationship with religious faith, and the loneliness of the writing life. Castillo’s accounts of solitude, coupled with descriptions of the New Mexican desert and her grief about her son’s imprisonment are among the finest writing in the book. In these pages in particular, one gets a sense of Castillo’s deep and abiding wisdom. Describing the aftermath of a near-death experience in Oaxaca, she relays the knowledge she received through “the fire-and-brimstone legacies of great prophets and the quiet kitchen-table wisdom of humble, God-fearing grandmothers.” Of this, Castillo writes: “Live well. There’s nothing to worry about.”