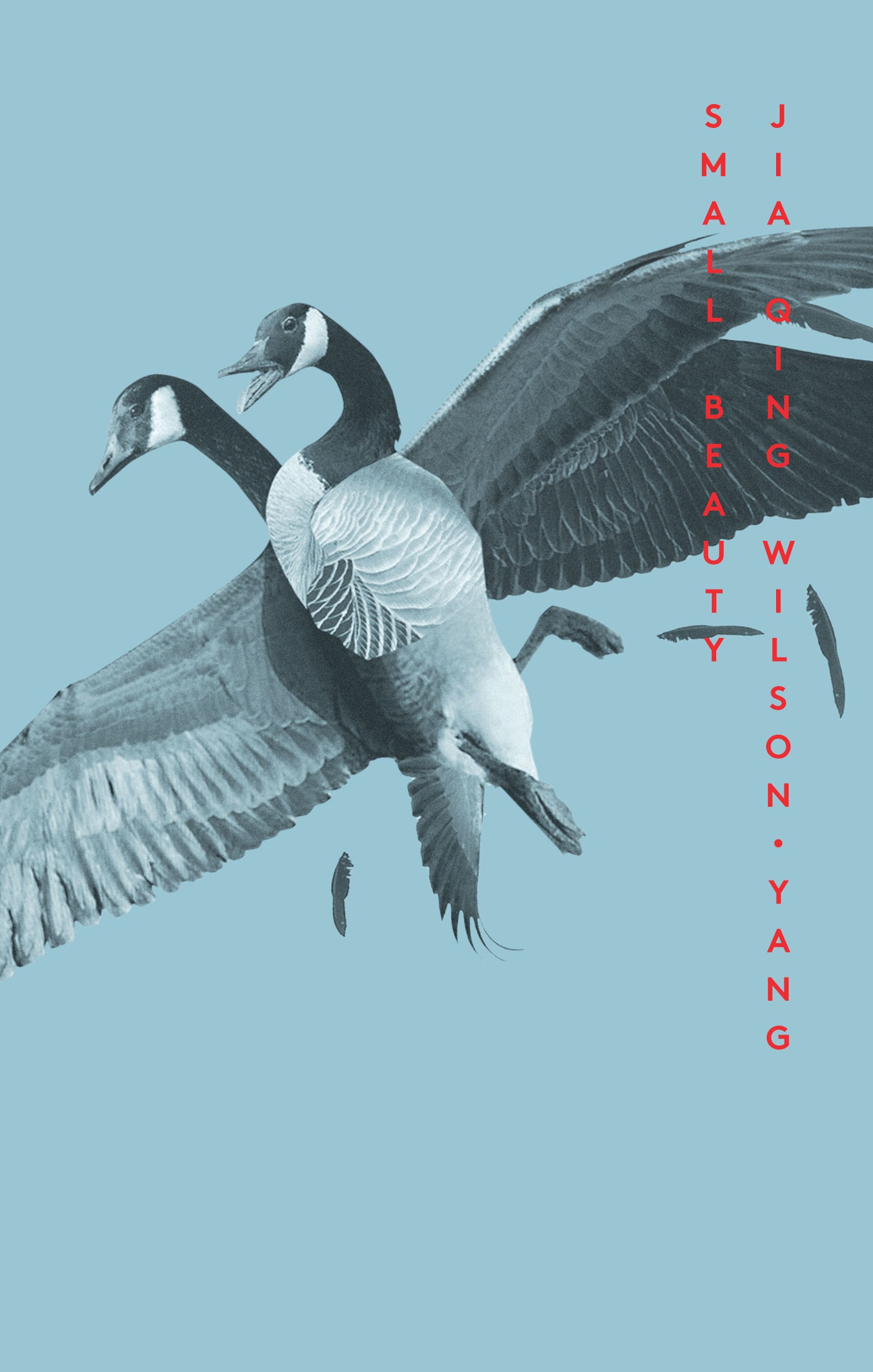 How do we know who we are? And where do we exist in a world that often wants us dead? These questions are a brushfire burning around the heart of Jia Qing Wilson-Yang’s debut novel Small Beauty.

Small Beauty follows Xiao Mei, a Chinese-Canadian trans woman, reeling from the loss of her cousin Sandy. Inheriting his truck and his dog Hazel, Mei flees the city and holds up in the house three generations of their family called home in small town Ontario. She leaves behind the hoops her welfare worker sets for her, as well as the hard-won community of trans women she’s ensconced herself within.

Specters of the past, both figurative and supernatural, haunt Mei’s months in Sandy’s house–prompting Mei to wrestle with the deepest questions of who she is and where she belongs in the world. She wakes up one night to find the ghost of her grandmother Nai Nai at the end of her bed. “Xiao Mei. Good you come here. This a good place to remember who you are,” Nai Nai tells her.

As the plot weaves in and out of time, mimicking her mental fog of grief, Mei seems unable to escape her melancholy. Days slip into months until a chance encounter with “woodsy dyke” Diane shakes Mei out of her self-imposed exile. The much older woman approaches Mei claiming to be the on-again, off-again lesbian lover of Mei’s late aunt Bernadette and the absent second parent of Sandy never spoken about openly. This revelation illuminates a string of queerness that runs through her family, connecting the isolated Mei to Bernadette and perhaps to an even deeper past. Together, the two queer women, separated by different generations and conflicting beliefs about trans-ness, attempt to forge a friendship on their previously secret family connection.

A quiet, gorgeous meditation on grief, race, and community, Wilson-Yang’s writing more than delivers on the title’s promise. She skillfully deploys Canadian Geese as a potent symbol of liminality throughout the short book. They are at once a stalwart emblem of (white) Canadiana and a vaguely threatening omen of illness and death for Mei’s Chinese family. Mei finds herself caught in liminal spaces–between the country and the city, the past and the present, her Chinese family and white Canada, the land of the living and the land of the dead.

Small Beauty gives us, perhaps unintentionally, a trans rebuttal to Kim Fu’s 2014 novel For Today I Am a Boy, whose plot also follows a Chinese-Canadian trans woman in small town Ontario. Unlike Small Beauty, Fu’s novel is what Lambda Literary award winner Casey Plett has termed a “gender novel.” The gender novel, Plett explains, is a “sympathetic novel about transition written by people who haven’t transitioned.” Bogged down in stale depictions of trans people that pander to cisgender expectations, the gender novel “fails to [communicate] what it’s actually like to transition”–frequently positioning trans people as single islands within a sea of non-trans people and situations.

Wilson-Yang’s Small Beauty eschews the tired gender novel stereotypes, placing Mei’s connections to her trans sisters and discovery of hidden trans history within rural Ontario near the center of Mei’s emotional landscape. In this way, Small Beauty joins the small but growing numbers of trans-genre novels written by transgender women that are revolutionizing our ideas of how trans people can exist within fiction–including Dane Edidi’s Yemaya’s Daughters, Imogen Binnie’s Nevada, and Jamie Berrout’s Otros Valles.

Just as Mei finds who she is and how she can exist in a world with no remaining blood family through remembering her trans sisters, so too do these trans-genre novels help trans people remember who we are and how we can exist in this world. Wilson-Yang gives us more than a novel with Small Beauty, she gives us a blueprint to surviving this hostile world as a mixed-race trans woman.

A Look at the Film Adaptation of 'We the Animals'
'Out of the Ordinary: A Life of Gender and Spiritual Transitions' by Michael Dillon / Lobzang Jivaka
'Red-Inked Retablos' by Rigoberto González