‘Imagine Me Gone’ by Adam Haslett

‘Imagine Me Gone’ by Adam Haslett 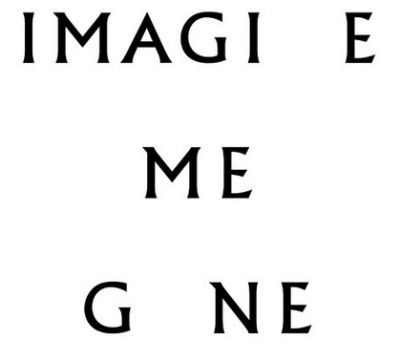 To sum up Imagine Me Gone (Little, Brown) as a novel about an affluent family’s struggle with mental illness is to make it sound far more predictable than it actually is. With this novel of familial strife, Pulitzer Prize and National Book Award nominee Adam Haslett moves beyond cliché and immerses Imagine Me Gone in contemporary ideas about racial and economic justice in America—he does so by having each of the five family members serve as alternating narrators. Even the family’s most conventional character—Margaret, the much-burdened matriarch—asserts, “I’m not a doll in the house of my mother’s imaginings. I got out. And far.”

Margaret’s feminism takes her to England where she meets and becomes engaged to a Brit named John. There are soon signs of danger, however, as John falls into a mute depression even before the nuptials. Thus the limits of Margaret’s love begin to be tested right from the start. Back in America, fifteen years and three children later, John fails himself and his family as an entrepreneurial venture capitalist. He mentally shuts down again, and kills himself in an early chapter. The scene is graphic but beautifully rendered.

Michael, the couple’s oldest son, is arguably the novel’s central character. It’s Michael who largely serves to bring the story forward from Margaret’s 1960s feminism to contemporary trends in American identity politics. Michael would seem to have inherited his father’s strain of suicidal depression. But by painstakingly detailing Michael’s serious study of the history of slavery in America, Haslett smartly suggests that Michael’s obsessiveness may also be a function of America’s collective, historical angst. Michael’s empathic sensitivity makes him the hero of the novel, despite the tragic arc of his story. “I was born into the fantasy of supremacy,” Michael broods. “Others are born into the fantasy’s cost. But the source of violence is the same.”

Often Michael provides the novel’s humorous levity, too. About his sexual penchant for unavailable black women, he jokes “I would have been a lot better off as a lesbian of color.” This flippancy is elsewhere balanced when Michael confesses that his desire for black lovers has “morphed into something more loaded: the desire to physically reverse racial privilege by becoming [my lover’s] slave. And where else could this transportation occur with any real force but in the trauma of sex.” Haslett uses Michael’s cynical nature to great creative effect as well. The conceit of one chapter, for instance, is that Michael is filling out a form in psychiatrist’s office. His wry answers to questions like “What are your treatment goals?” both move the narrative along and deepen character. (His answer to the above question, by the way, is “Ordinary unhappiness.”)

A very contemporary gay point of view comes from Alec, the youngest member of the family. Alec works as a journalist and sees himself as “a clean-cut professional.” However, he is obsessive to the point of being “the family actuary.” He constantly worries about money, and wears a mask at Christmas family get-togethers for fear of his mother’s household mold.  Celia, the middle child, works as a professional therapist, and as such she brings a psychological point of view to the novel. However, writing as Celia, Haslett never resorts to clichéd psychobabble. Alec and Celia are more well-adjusted than the chronically underemployed, student-loan indebted Michael. But like him, they each ultimately seek deliverance from a home where “the hierarchy … of Dad’s resignation still ranked above any other battle wounds.” Alec recalls his childhood and how, even at twelve, “I loved men.” “But it wasn’t the sex. To know for certain…that a man was paying attention to me and nothing else—what else was there to want but that? To matter and know that you mattered.”

In encapsulating a young Celia’s coping mechanisms, John notes, “Celia’s way of coping […] are already the adult ones: discipline, drinking, the search for someone else to love her.”

Haslett sets up fresh, counterintuitive dynamics between Michael and Alec. It’s the straight Michael, rather than the gay Alec, who has body image issues. And it’s Michael, through his love of black music, including disco, who first discovers gay culture. When Alec comes out, Michael’s response is positive and humorously analytical, “I told him that I approved of homosexuality as a counter-hegemonic subject position. That it constituted one of the key sites of resistance to patriarchy….In retrospect, I could have used a more personal touch.”

Imagine Me Gone can be read as described above—for its historical specificity, for its politics—and it can also be read as a novel of ideas about love and memory; and even as a philosophical novel that examines whether our characters are inborn or nurtured. Margaret remembers the dates of family milestones and observes family rituals religiously. For much of the book, this strikes Celia as sentimental and annoying. But Margaret’s habits are also existential. Reading Armies of the Night, in which Norman Mailer speculates that “it’s in motion that Americans remember,” Margaret expands on the idea: “If you think of memory not just as looking back, but as being aware of time and how it passes…then there is something about being in motion that does cause it. Through some sleight of mind, physical forward motion makes time seem visible.” Looking back on her children’s childhoods, she concludes, “Most of all who they are now was there then.” In Michael’s mental illness, she sees “something new but very old.”

Perhaps things are wrapped up a little too neatly when Celia ultimately forgives Margaret for her attachment to dates and rituals. “It seemed liked you were avoiding reality,”Celia confesses to her mother. “You were trying to keep our world together. To keep things the same. I see that now.” And perhaps we’re expected to feel relieved when Alec gives up the promiscuity that Celia chides him for by setting down with a husband. But this is only to say that there’s a conflict between conformity and nonconformity at the heart of Imagine Me Gone, a conflict that lives in most of us.