The judges for the prize were award-winning authors Reginald Harris and Lee Lynch. In a joint statement they said of this year’s winners:

“Bryan Borland is the very epitome of literary activism. A prolific and engaging poet, he is the founder of Sibling Rivalry Press and Founding Editor of the literary journal Assaracus. His press also publishes a quarterly of queer and trans women’s poetry called Adrienne. Mr. Borland has demonstrated that he is energetic and ambitious not only for his own beautiful work, but for his community of LGBTQ poets.”

They continued, “JP Howard stands out both for her fine poetry and for her passionate, unrelenting involvement with and on behalf of lesbians of color, all lesbians, and the LGBTQ literary community. She reverently celebrates our forebears. A poet, a teacher, and a curator, Ms. Howard has shown an ongoing commitment to nurturing our writers and to writing and publishing from her heart.”

The Emerging Writer Award, which consists of two cash prizes of $1000, is made possible by Judith A. Markowitz who is committed to helping LGBT literature flourish by recognizing talented new writers. To qualify for the award, recipients must have published up to 2 books or 1 book and additional literary work such as short stories, essays or journalistic articles.

Borland and Howard will be recognized as winners of the Emerging Writer Awards at the 28th Annual Lambda Literary Awards ceremony on June 6 in New York City.

“This year’s judges considered a very wide field of exceptional nominations,” said LL Executive Director, Tony Valenzuela. “We congratulate the winners for their well-deserved achievement and for their exciting new works yet to come.”

To learn more about the Emerging Writers Award visit here. 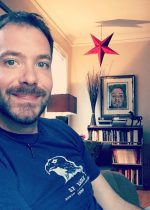 Bryan Borland, a 2015 Lambda Fellow in Poetry, is the founder and publisher of Sibling Rivalry Press. He is the author of two books of poetry, My Life as Adam, which was selected by the American Library Association for its first annual “Over the Rainbow” list of recommended LGBT-themed publications, and Less Fortunate Pirates: Poems from the First Year Without My Father, both from Sibling Rivalry Press. He is also the founding editor of Assaracus: A Journal of Gay Poetry, which was honored in its first year by Library Journal as a “Best New Magazine,” the editor of Lady Business: A Celebration of Lesbian Poetry, which was included on 2013’s “Over the Rainbow” list, and the co-editor of Joy Exhaustible, an anthology highlighting the writing of gay publishers and editors, which was included on 2014’s “Over the Rainbow” list. His third collection of poetry, DIG, will be published in the fall of 2016 by Stillhouse Press. He lives in Arkansas with his husband and co-publisher of Sibling Rivalry Press, the poet Seth Pennington. 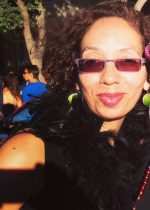 JP Howard aka Juliet P. Howard is a Cave Canem graduate fellow. She is the author of SAY/MIRROR, a debut poetry collection published by The Operating System (1st ed, 2015, 2nd expanded ed, 2016) and a chaplet “bury your love poems here” (Belladonna Collaborative*, June 2015). SAY/MIRROR has been nominated as a Lambda Literary Awards Finalist. JP curates and nurtures Women Writers in Bloom Poetry Salon (WWBPS), a forum offering writers at all levels a monthly venue to come together in a positive and supportive space. The Salon celebrates a diverse array of writers and includes a large LGBTQ POC membership. JP is the recipient of a 2016 Brooklyn Arts Council grant on behalf of the Salon. She is an alum of the VONA/Voices Writers Workshop, as well as a Lambda Literary Emerging LGBT Voices Poetry Fellow. JP was a finalist in The Feminist Wire’s 2014 1st Poetry Contest and a finalist in the poetry category for the Lesbian Writer’s Fund of Astraea Lesbian Foundation for Justice. Her poems and/or essays have appeared or are forthcoming in Apogee Journal, The Feminist Wire, Split this Rock, Nepantla: A Journal for Queer Poets of Color, Muzzle Magazine, PLUCK! Journal of Affrilachian Arts and Culture, Adrienne: A Poetry Journal of Queer Women, The Best American Poetry Blog, MiPOesias, The Mom Egg, Talking Writing, Connotation Press and the anthology, Stand Our Ground: Poems for Trayvon Martin and Marissa Alexander. She lives in New York with her beautiful queer family and is very proud that they were on the cover of Gay Parent Magazine. JP holds a BA from Barnard College, a JD from Brooklyn Law School and earned her MFA in Creative Writing from the City College of New York. You can find her online at http://www.jp-howard.com.