‘A Series of Un/Natural/Disasters’ by Cheena Marie Lo

‘A Series of Un/Natural/Disasters’ by Cheena Marie Lo 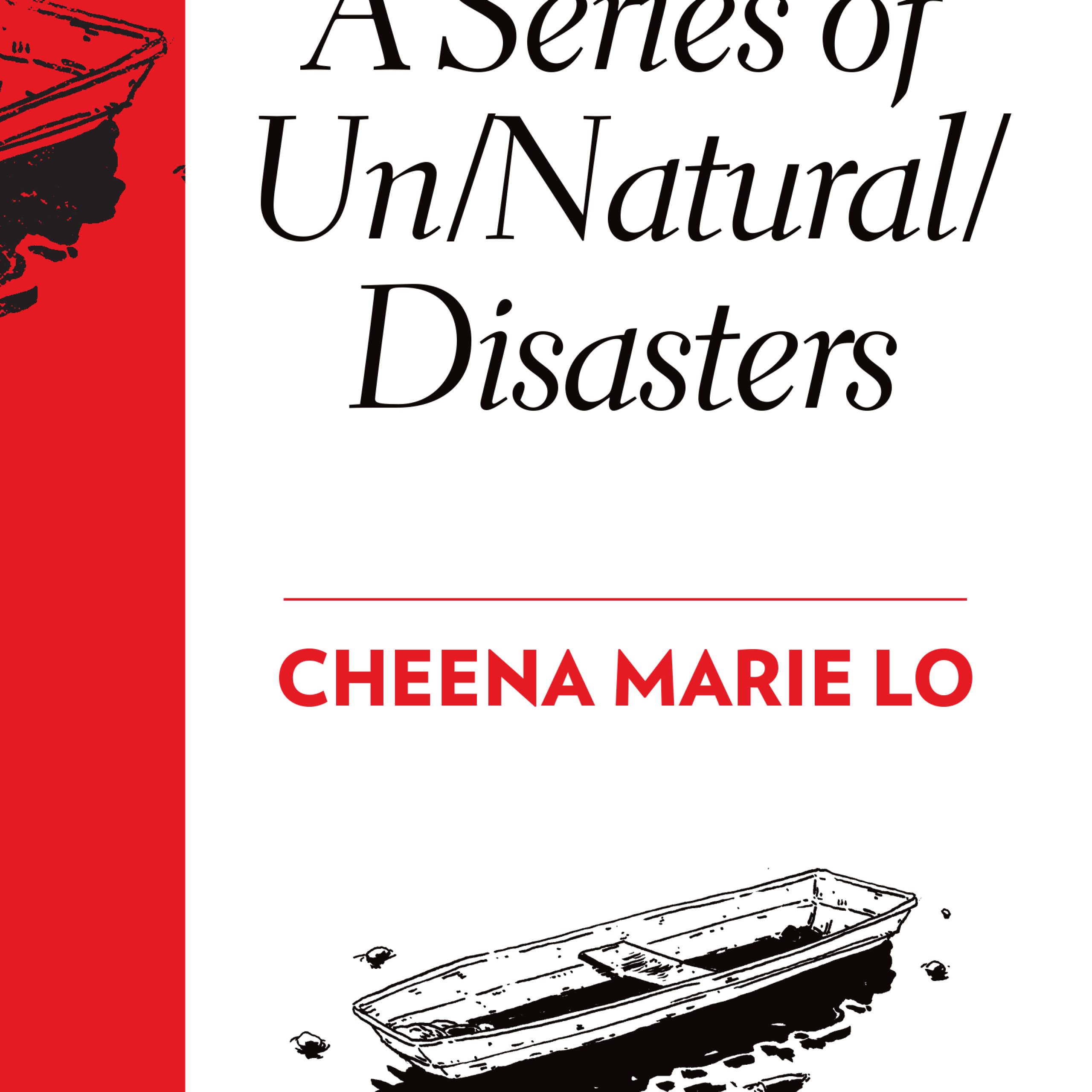 In Cheena Marie Lo’s debut collection, the poet finds themself obsessed by order. Or, it might be more accurate to say, by dis/order, the blurry line between the world’s inevitable chaos and our human attempts to mitigate “disasters caused by an act of nature.” Attempts that, ironically, tend to be just as disastrous as any act of nature itself; or, as Lo observes, “how man interferes with nature and fails.”

Though theirs is a book, as its title suggests, more interested in catalogic than narrative structure, Lo’s commentary mostly focusses on the violently inadequate state response to the devastation of Hurricane Katrina—a prime example of a disaster that was both natural and un-:

because the water was so deep already, flooding so immense at this point, that it ___was too unsafe to keep driving

because there is just busloads of people

because, of course, that’s not really the priority

Like the above, much of the language throughout is ostensibly found—perhaps gathered from one of several works credited in the acknowledgements, or perhaps simply uncanny in its adoption of various personae. The specificity of provenance or speaker is less important to this book’s impact, however, than the pointed ventriloquism Lo enacts as they shift between voices, tenses and politics from line to line, allowing their jarring juxtapositions to reveal the awful truths narrative can sometimes be used to elide (“how what’s dirty is actually crystal clear”). These appropriations have an informing conscience.

The collection itself is a book-length abecedarian, a form necessarily concerned with order. Most of the poems share the same anaphoric engine, each monostich within beginning with the same letter and, often, the same word: “a-,” “because, “connect,” “consider” “so,” “towards,” etc. The result, in individual poems and on the alphabetic whole, is mosaic-like, with most lines and poems confined within the same linguistic parameters. Fittingly, the prison-industrial complex is another recurring subject of Lo’s critique, as in this eerily elliptical excerpt:

Here, Lo troubles the positive connotations of the word “connect”—civilization’s best intention—simply by pointing to the nature of the connections commanded, uncovering the way in which social systems lend themselves to exploitation. Later, another harrowing section assumes the voice of the administrators of Rikers Island during Hurricane Sandy, when public anxiety about the jail’s security during the storm overshadowed any concern for the safety of those incarcerated there:

we’re under our emergency operation plan

we’ve been working with the police department

we’re going to keep our prisoners

Lo’s list poems are occasionally disrupted by other forms: prose-poems of phrases in quotation marks, a haunting list of questions suggestive of a sinister government interview (“Did the [OFFENSE] occur in [CITY]?”), a dated timeline, a redacted map, and several lists and charts of numbers stripped of their metadata. The last of these, “Xs may shine with startling clarity,” appears to be adapted from the spray-painted X-codes FEMA used in the aftermath of Hurricane Katrina to mark how many people, dead and alive, had been found in a building (or, more specifically, from artist Dorothy Moye’s own projects with the X-codes, listed in the acknowledgments). The other poems composed of numbers, however, are virtually incomprehensible—though we are left to assume they are counts of the dead and missing after various disasters, incomplete answers to questions Lo raises early on:

can a disaster be qualified by the number of lives lost?

A sentence fragment immediately preceding one of these poems succinctly names their effect: “speaks through its sheer numbers.”

What Lo makes startlingly clear, even in a book that evades easy deciphering, is that the disaster of society as we know it is responsible for at least as much human suffering as any “natural” disaster. In “The Idea of Order At Key West,” when Wallace Stevens writes of “Blessed rage for order” and “The maker’s rage to order the words of the Sea,” he merely points to the futility of our attempts to order the world. Lo condemns them outright.

The central paradox of this book, then, is that the maker’s rage at order is still bound by order, and still produces something beautiful from within their limits. Lo’s conceit, high-concept and highly-structured as it may be, contains moments of striking near-lyricism, especially in poems in which they document the appearance of flooded homes in painstaking detail: “successive water lines intersected by orange paint brighter than rust, two thick lines intersecting each other into an X,” “white bedsheets wave from windows.”

Because its power lies in the cumulative, and Lo’s voice is such a spectral presence throughout, A Series of Un/Natural/Disasters is difficult to quote from. A project, rather than a personality, is its priority—refreshing to find in a first book. Only one short poem, near the end of the collection, reads in a plainly autobiographical voice:

(unspeakable this anxiety i am

unable to find the language

until long after waking

until then, there is this)

Though there are many “I”s throughout, this is the only “i.” And tellingly, the entire poem is encapsulated by parentheses. In future work, perhaps we will have the opportunity to hear more of what Lo themself has to say in such asides. In the meantime, the urgent “this” Lo has to offer “until then” has plenty to tell us about the disasters in which we are all implicated.

'A Very English Scandal: Sex, Lies and a Murder Plot at the Heart of the Establishment' by John Pres...
A Poem by Nic Alea
Read Dennis Cooper's New Novel Composed of Animated GIFs