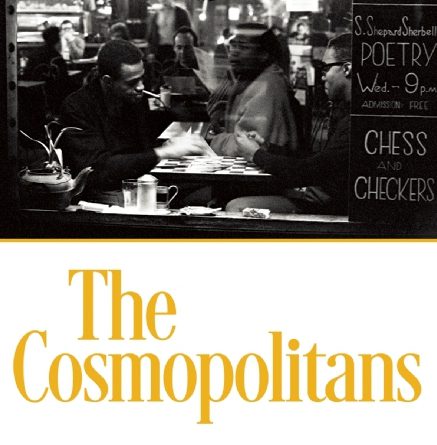 In other LGBT news…The Colorado Book Award finalists have been announced, including a nomination for Lord Byron’s Prophecy by Sean Eads. Congratulations!

“Black gay men have not led lives that are like white gay lives or that are like black straight lives,” Mumford said. At the intersection of race and homosexuality, their challenges have been unique. Historical racism, notions of black masculinity, concerns raised about the black family, and the “politics of respectability” […] have all played a part, he said. Fear of interracial sex, for instance, had been central to white resistance to integration […] Black men often lived in fear and restrained their sexuality. With the rise of black power in the late 1960s, however, they sought to […] reclaim their masculinity and sexuality, Mumford said. But black gay men were not part of that picture. “In this definition and redefinition of blackness, this black pride moment, to be gay was to not be black,” he said.

Trans icon Amanda Lepore has a memoir coming out this summer, Doll Parts.

In The Guardian, Sarah Schulman recently discussed the process of writing her new novel The Cosmopolitans:

“You know I’m an artist, right? I’m not an academic, so when I write something, I’m not claiming that it’s right. I don’t have footnotes. I can’t prove anything that I say. I don’t do the one long, slow idea. I do a hundred ideas. There are a hundred ideas about this subject and I want the reader to go, ‘Yes! No.’ I want that interactive relationship with the reader.”

I’m sure we all have worked some bizarre day jobs. Bustle collected a few of our favorite artists day job experiences and their early odd employment experiences. Writers include Kevin Killian, David Sedaris, and Junot Diaz.

Speaking of Junot Diaz, he and Hilton Als sat down to have a discussion about masculinity, race, and fiction.

Hilton Als: Reading as an act of aggression and salvation; parents who don’t read, who don’t have any access to that stuff, often think that a child is putting up a wall. And they’re not agreeing with them. But they can’t say it’s wrong.

Junot Diaz: They’re so caught in the enlightenment bind. Your parents, especially if they’re immigrants, know that the only way out is education. At the same time, when my family would see me with a book, they would be like, “¡Anormal! Go outside and play!” There was this constant back-and-forth, and as a kid you find spaces there where at least you can hide.