Augusten Burroughs: On Grappling with Love and Desire

Augusten Burroughs: On Grappling with Love and Desire 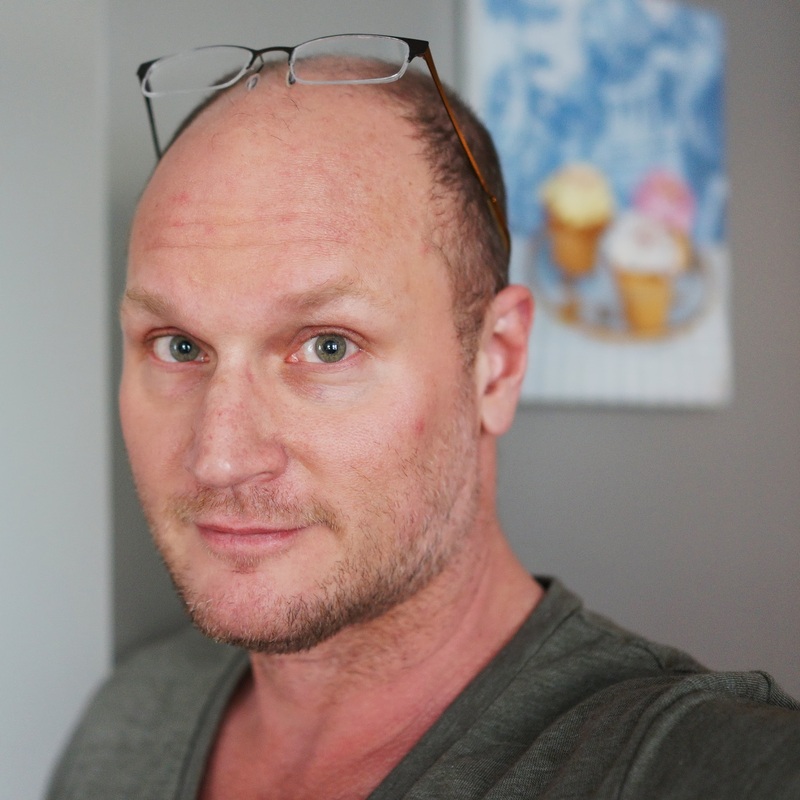 “It’s important to find people who are compatible with your kind of broken spots and embrace them.”

In Augusten Burroughs’ new book Lust and Wonder: A Memoir (St. Martin’s Press, April 2016) the beloved writer grapples with two subjects that have bedeviled us all: romance and desire. In the memoir, Burroughs discusses his own complicated romantic upheavals and, with a great sense of humor and humanity, examines what it means to be in love and lust.

Burroughs spoke to Lambda about the new book, his influences, and his own experience with being in love.

What books influenced you, or offered hope and insight to you, the way that Running with Scissors and This is How might have offered hope to other people?

In that period of my life, I didn’t read at all. You need to be able to lock yourself up behind a door and you need peace and quiet, and that just did not exist. When I was a little bit older and I was out of that life, I still wasn’t reading because I was just like, working every job I could work to pay the bills. I was living on my own, and I didn’t have any financial support.

What I was doing during this whole time was writing. From a really young age, I trained myself to write my own hope. I didn’t really think of it as a resource. I can’t think of books that I read that have mirrored my own experience that I turn to again and again. That said, I love books and it sometimes is a very unlikely book that will provide me with a sense of comfort. It’s often not a memoir, frankly. It’s often something completely different that sucks me in and doesn’t let me go. Whether that’s an amazing novel, a great piece of fiction, or if it’s something that’s non-fiction. I was probably 25 when I first read Edith Wharton.

It was a great age to read Edith Wharton. The House of Mirth was the first book of hers that I read. I mean, I would think about this woman who was obviously a genius, writing this book, and she wrote it with a quill.

And that really inspired me. That you could do such a performance on the page. I’ve not read lots of memoirs of people who survived the same sexual abuse I did, or alcoholism. I write a lot about my own experience and that’s definitely incredibly useful. That’s actually something I think anyone who’s been through any kind of trauma would benefit from, even if you never care about publishing it. It just helps you understand it. For me–and maybe it’s different for a lot of people–it’s the act of writing it down, of recording as accurately and honestly as possible what happened and how you responded and how you really felt. Not how you wished you felt, not how you should have responded, but how it really was. And that’s the part that’s really restorative and healing–making it into something useful that can help someone later. And it can also help you come to terms with your own experience so that you can later do something for someone else.

I remember when I was starting to write Running with Scissors. When I actually had to sit down and write it, there was a big part of me that was like: “I just don’t want to go there again. I don’t want to have to relive those things,” ’cause I tried so hard not to think about that stuff that when I did in fact open up that box it was all so fresh. But it felt a lot safer than I thought it would and it’s now something I’m not ashamed of. I was so ashamed for so many years of all these things that weren’t even my fault. And yet that didn’t matter. I just felt so ashamed by all of it. And I just can’t tell you how completely the opposite I feel now.

Lust and Wonder is one of the most romantic memoirs I can remember reading. Did you write it with any particular goals in mind?

It was a really sort of hard-won love story. There was something wonderful and seemingly impossible to me about the love of my life being under my nose the whole time, even with all these reasons I should be with someone else. That should make me happy. This is the person it seems I should be with, ignoring the one I actually should be with.

I spent a long time lying to myself and telling myself I was happy when I wasn’t, and telling myself that all these compromises in a relationship I was in were okay and were normal and that’s how normal people were and that’s what “healthy” relationships are like. All these lies I told myself that I was so desperate to believe. When really it had been so simple. Just what is the actual truth? What do I actually feel? Who do I actually love? And it was explosive to get to that truth. It blew my life up, really. And I got super lucky and I got super happy.

What advice do you have for people who are maybe a little bit broken and have been disappointed? People whose versions of love are perhaps different from what is mainstream or traditional?

My advice for someone who’s broken is that you really need to be who you are and if you’re broken, you’re broken and you need to accept that. And by “accept it,” I mean see that breaks almost create more surface area. And you’ve got to find people in your life that value the precious, broken areas and can help you figure out what you can do with them.

In my experience, all the sort of awful things that have happened created in me a talent or a strength. I mean, I was very isolated growing up and the adults around me were sort of awful. So as a result I tucked into myself and that’s where I learned to write. That just was a side effect of my circumstances. I’ve gained a tremendous amount of empathy for other people who have gone through similar circumstances. I’ve also learned that I need to be with people who not only put up with or tolerate my ragged edges or my insecurities or my broken areas, but really love them.

It’s important to find people who are compatible with your kind of broken spots and embrace them. And to not run away from them and not be ashamed of them and to realize that they’ve also created strengths in you. And your job, really, is to find out what those strengths are and where they’re located.

Running with Scissors and Dry still resonate really deeply with people who are struggling with trauma and addiction. What is your relationship to that work now?

After I write my books, I read them through and read them through and read them through and then I read them out loud when I record the audio book. But then I don’t revisit them. My relationship to my own books is really through other people. It’s been so many years since I wrote or read Running with Scissors and Dry that the part that matters most to me now is the feedback I’ve had over the years. I remember when I was first going out on book tour for Running with Scissors. I remember being just mortified in Los Angeles because it was such a big crowd of all these very polished looking people, many of whom were people I recognized from movies or television. And I just thought “Oh, this is just horrible. What is in that book? What have I done? I’m like a zoo animal for these people. This is the worst mistake of my life.”

As I sat down to sign books, one after another the people came up to me, and they were like “Thank you for writing about this. I was also molested as a child,” or “I also had a mentally ill parent,” or ‘ I also had this awful experience with a mental health professional.’

I just could not believe the way these people who didn’t know me would tell me these incredibly intimate stories and then walk on and exit my life. It was just one after another after another, and it changed me. Something that I’ve applied to my books since then and I keep doing now more and more is the knowledge that I can’t ever tell if someone’s going to respond to a book or not. There’s no way you can ever know any of that. But what I do know is that I can’t ever hold anything back. I can’t ever hide and I can’t ever polish myself. I’ve got to just lay myself out and put it down on the page.

Often if it makes me uncomfortable to write–that’s often the stuff that people respond to. It’s just not holding back and the book ultimately is not for me. Once I’ve written it, it belongs to other people. And so my relationship has often been one of giving it away.

First Kiss: On Watching Luca Guadagnino’s 'Call Me By Your Name'
Jim Provenzano: Muscle Memory
“What if I risk/Taking the head of death/Here in the dark, far/And deep”: Jericho Brown Adds Risky, ...