‘Master of Ceremonies: A Memoir’ by Joel Grey

‘Master of Ceremonies: A Memoir’ by Joel Grey 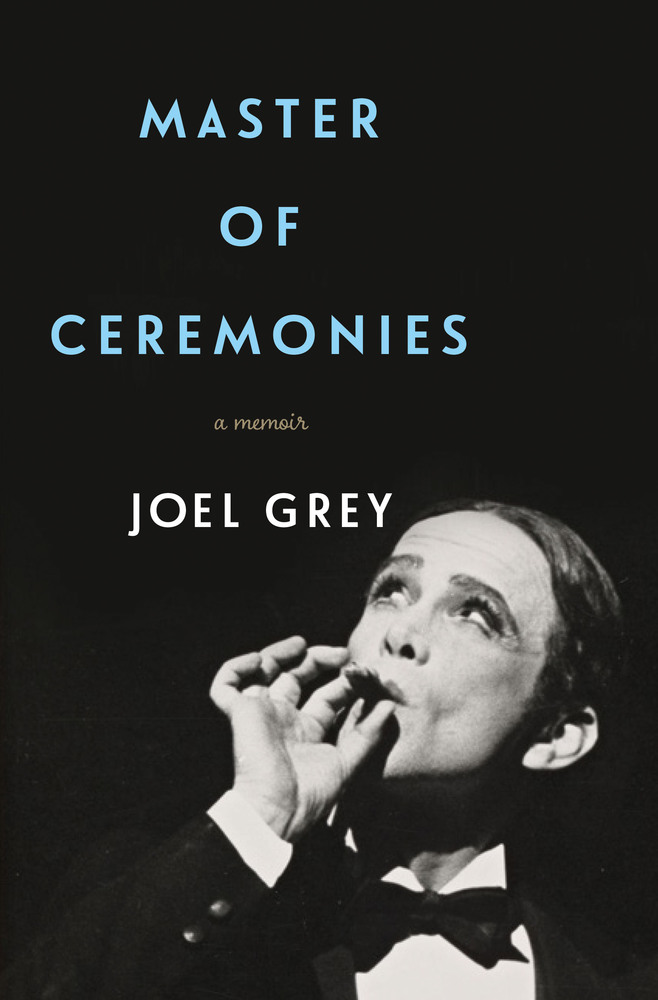 Joel Grey, born Joel Katz, was the son of a famous Jewish actor, comedian, and musician named Meir Myron Katz, better known to the public as Mickey Katz. He grew up in Cleveland amid a colorfully Jewish household only Neil Simon could have described. In the forties, the family faced the wave of anti-Semitism making its way through Europe and America.  His mother Grace fancied herself a woman of glamour and basked in her husband’s showbiz life and later her son’s.

Best known as the original Tony Award Winning Emcee in the stage musical Cabaret (and later as the Oscar Best Supporting Actor Winner for the film version starring Liza Minnelli as Sally Bowles), Mr. Grey takes us from his early days as a child actor at the Cleveland Playhouse through his years of struggle as a nightclub performer, film and television actor, to his big break on the Great White Way. More than that, he tackles his personal conflict with being a closeted homosexual—his failed marriage and later the empowerment he found after seeing Larry Kramer’s play The Normal Heart at the Public Theater in 1985. Mr. Grey later performed in the groundbreaking production.

Multi-talented, Grey originated the roles of George M. Cohan in the musical George M! and the Wizard of Oz in Wicked. He starred in the Broadway revivals of Anything Goes and Chicago. He has been in numerous films from Come September with Rock Hudson in 1961 to Dancer in the Dark in 2001 with Bjork and beyond. Television credits range from Billy the Kid in Maverick in 1959 to Hank Kasserman in a 2014 episode of CSI: Crime Scene Investigation.

Since he “came out” in People magazine in 2015 (even though his gay status was known discreetly by friends, family, and colleagues since the 1980s), his new memoir builds upon that spirit of self-disclosure and self-acceptance. His mother, unfortunately never acknowledged him as a gay man before her death and his father died before Grey was fully “out.” Father to the actress Jennifer Grey and the chef James Katz, Grey was married for 24 years to his wife, the actress Jo Wilder, before she sought a divorce in 1982. The bitter divorce ended what Grey characterized as “the happiest [time] of my life.”

The book has all the hallmarks of an entertainment memoir with frequent forays into name-dropping, personal bravado, kiss-and-tell, and self-aggrandizement. Superlatives abound but so do the insecurities and depressions; however, what make this memoir so fascinating is the way it spotlights the struggle of a gay man and his mindset in coming to terms with his sexuality; and the honesty Mr. Grey displays in telling his “truth.” Sometimes there is a painful thread of self-deception, which runs through his narrative. Case in point, Mr. Grey, failed to see the unreasonable psychological demands he made upon his wife Jo (the actress gave up her career to support his success as well as help him have the conventional family he always dreamed about). Despite sensing on one level the egotistical nature of this request in his book, he never really acknowledges or owns up to it. The cut-and-run attitude he has with many of the men who slip in and out of his life is another sign of an internalized homophobia, which never fully goes away. But again, the homophobia of the forties, fifties and sixties in America had such a repressive nature that personal contradiction abounded and many lives were tragically wounded.

Perhaps the only clear role model of a devoted gay couple in his story is the actor Larry Kert (who died of AIDS) and his partner, who from the start live a truly open gay relationship. Would Grey have found this early on in his life, but then again this is life and not fiction; life, which is messy and full of contradictions and mistakes with great personal achievements along with demon doubts.

Still, Grey emerges as the consummate artist, driven to excellence, hard working, personally courageous and above all honest in the end with himself and those he loves.

'A Hundred Or More Hidden Things: The Life and Films of Vincente Minnelli' By Mark Griffin
'Obscenely Yours' by Angelo Nikolopoulos
'Life and Death on the New York Dance Floor, 1980-1983' by Tim Lawrence