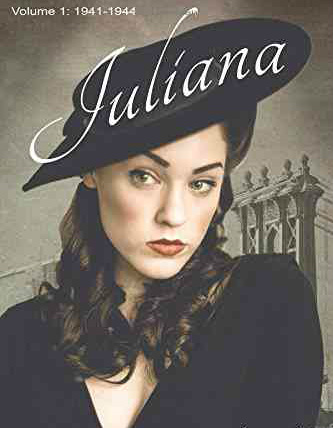 “Well, this is just like that. They keep doing it even though they don’t want to. They’re called homosexual addicts.”- Vanda, Juliana

Historical fiction is a hard genre to hack. Couple that with the idea that lesbian literature—in a canonical sense, at least—has largely been reclaimed as queer retroactively, and Vanda has quite the job to do: create a historical novel about a time period in which we know very little about queerness—World War II. This includes the experience of, the sociopolitical landscape of, the vernacular of, etc. However, throughout this large, wieldy novel (which has been adapted to stage performances, book club fodder, etc), the author manages to balance historical relevance with a history that could not possibly have been recorded to any modicum of accuracy: the life of one country lesbian who moves to the big city, the love and strife she finds, and the community she manages to build in a time of war.

To complicate the author’s job even more, war literature is an entity unto itself—particularly, the patriotism and jingoism that existed in the United States during this particular war, where there were few cases of dissent, and a collective effort to support the government from the ground up (literally: Victory Gardens). So in writing about a time of patriotism and identity in the United States, Vanda is tasked with the seemingly insurmountable labor of creating and melding personal identity (that of the queer characters) with national identity (a country at war). And she does so well, her narratives, prowess of timely language and setting, and character development lend a poignant message: to be queer was to be anti-American, in a time where being anti-American meant isolation and ruination.

Though in her forward, the author ties her interest in the time period to her own curiosity about the experiences of those in her own family (and the era of American history so many seem to be nostalgic about), the interest goes beyond that—falling into line with other contemporary queer historical fiction (thinking here specifically of Tipping the Velvet), the novel seeks to tell stories that were erased or changed, and to give voice to the voiceless.

'Encounters with Authors: Essays on Scott Symons, Robin Hardy, Norman Elder' by Ian Young
'The Complete Works of Pat Parker' Edited by Julie R. Enszer
The Blade Between is a Complex Ghost Story