Remixers: The Blurring of Gender and the Feminization of Electronic Music

Remixers: The Blurring of Gender and the Feminization of Electronic Music 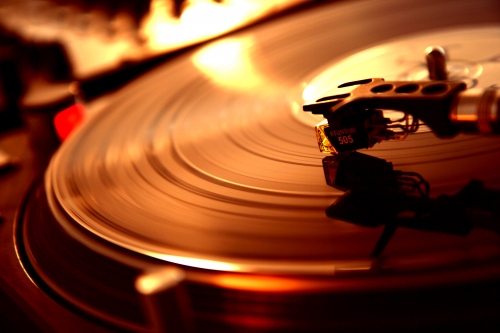 This week, Lambda Literary explores the ways in which music and literature influence each other.

When one thinks of American contributions to the artistic sphere (contributions which, despite all the jokes, do indeed exist), it’s nigh impossible for jazz not to float to the immediate foreground. So revered is jazz in its place as the One and Only American Music that we ignore another, equally pervasive brand of American-born rhythm—one which, like jazz, was born out of and flourished among the desperation of communities of color, but which took root also in their corresponding LGBT communities. I’m talking, of course, about the undeniable, undying, four-on-the-floor pulse of house music.

It’s a musical tragedy that house music has, in the dance decade or so, been pigeonholed by casual listeners as “a European thing” or attributed entirely to artists like French duo Daft Punk, who (while influential and talented in their own rite) were neither its progenitors nor its true innovators. That title should rightfully be bequeathed to folks like the late DJ Frankie Knuckles, who was just one of many young, gay men of color hard at work in a late 70’s Chicago, smelting together the musical influences that would later be labelled house—“house” being a name derived from The Warehouse, the nearly entirely gay, black/Latin@ club where Knuckles was musical director.

Fast forward about a decade or so, to the early nineties (’92, to be exact), when black drag queen Moi Renee released the long-forgotten house track “Miss Honey,” a live performance of which was recently dredged up from the annals of YouTube to become a modest viral hit . It features Renee—decked out in no less than white lipstick, a towering wig of apple green, and an outlandish jumpsuit—pouting and spouting lines like, “The bitch knew that I’d be back, she knew that I was not gone long!” at the song’s titular Miss Honey (an unseen character whose inequities we can only guess at). All the while, two vest-clad men do perhaps the most disinterested backup dancing in the history of the medium directly behind her.

Moi Renee would be found dead in a hotel room in 1997, just five years after having added to the ever-expanding repertoire of exceptionally queer-consumed, queer-created house music identity and culture.

Fast forward, yet again. Now pause. It’s the early 2010’s and all the queer and color have been sucked clear out of the electronic scene, at least in its most marketable realms. House, techno, and trance have all given way to the monolithic EDM, a genre heavy on hooks, heavier on drops (both musical and acidic), and heaviest on festival ground-spanning collections of straight, white dudes who say “bro” a lot, and without a trace of irony. It’s not a scene that’s mocking its roots, per se–it’s one which seems to be completely unaware of the existence of roots entirely, perfectly content to exist in a blissful state of suspension in the split-second silence between a squalling vocal sample and a screeching drop orchestrated by some mop-headed pseudo-outsider flailing around behind a MacBook.

But wait, on the horizon—a new wave of electronically-inclined auteurs, waiting to reinject the entirety of non-analogue music with a refreshing dose of the queer. A wave with a decidedly feminine bent to it, though it comes in shades of gender, rather than just a simple monotone, and it’s wrapped in the trappings of experimentation.

It’s a movement helmed by vanguard geniuses such as Holly Herndon, whose chilly, earth-shattering production harnesses reams of incidental noise into crystalline, album-length affairs that angularly wedge themselves into the gaps between the organic and the synthetic—an aesthetic which has already placed her squarely at the top of early-2015 “best of” lists with her newest album, Platform. In it, her delicate voice is doused chilling vocal effects, and her femininity is honed to razor sharpness, becoming stronger in its emphasis than its diminishment. Directly inspired by trailblazing women of the electronic musisphere, Herndon and the new generation of tastemakers are largely female and proud of it.

Take current house of Alexander McQueen muse and Mercury Prize nominee FKA twigs for instance, whose stuttering, glitched-out brand of electro R&B is raw, sexed up, and viscerally yonic at times, and whose entire aesthetic—from the accentuated facial features on the cover of her acclaimed LP1 to the music video for recent single “Glass and Patron,” in which she gives birth to a cadre of backup dancers after drawing a massive length of gossamer scarves out of her vagina (because where else are you supposed to store your reams of fabric nowadays?)—is based upon the extremes of all that is feminine. Women of color like FKA twigs represent a hefty group that’s fanned itself out across the entire chromatic of electronica. This group is as dramatic as the form itself: from the relatively conservative, vintage house feel of the production that underlies rapper Azealia Banks’ scowling bars (oxymoronic though it may be to use the term “conservative” in conjunction with Banks’ name), to the skittering compositions of Jlin, whose current trailblazing of the footwork subgenre has already found a home on the runways of high fashion, these women represent not just lone artistic blips, but a partial reclamation of an entire realm of art.

Such artists represent with their music, lyrics, and images a sort of superhuman femininity, which stretches the very notion of womanhood into new forms which can range from the uncannily alluring to the existentially terrifying. Case in point: Vulnicura, the newest album from Iceland’s Björk (herself among the original female pioneers of electronically-oriented art-pop, having jumped into the game in the early 90’s), which stands to compete as one of the decade’s most heartrending breakup albums so far. The album, which takes on the artist’s own experience with a dissolving relationship, is rare not only in its darkly lush electronics and strings composition, but also in the fact that it handles her femininity frankly and candidly. “I fall on my knees / Light the candles / So where do I go / To make an offering / To mourn our miraculous triangle?” she sings at one point, simultaneously playing the oracle and the widow, but belying them both in one fell swoop.

Lest you get too caught up in the ideas of polar binaries of femme and butch and male and female, however, it’s necessary also to point out that it’s not only women who are feminizing the electronic sea—there’s also a broad wave of male artists crossing into female aesthetics to give their jams a new edge, and the parade across gender lines is smearing the divide into a watercolor middle ground of conceptual oddities.

Most notably, there’s the part-label-part-commune-part-genre-unto-itself PC Music, an overwhelmingly male group of musicians which found itself among the most talked-about music trend in 2014 when it sprang, almost fully formed, from the medusoid head of the purposely tacky vaporwave and seapunk movements. PC Music’s aesthetic is built around the illusion of anonymity (a façade that is quickly dissolving under the internet’s scrutiny, ironically enough), with a function of its anonymity being the adoption of female avatars for many of its male members. Vocals in the label’s releases are pitch-shifted upwards to heights of chipmunkian proportions, comically bubbly synth hooks are pervasive throughout, and at least one fake popstar has been constructed out of whole cloth by some of the founding members—her name is QT, and her sole single serves as a mock advertisement for a non-existent soft drink of the same name. It can all be looked at as some sort of bizarre, kabuki-style dress-up game, but the result makes for among the most interesting femme portraits on the market today.

Elsewhere, you can find artists like fashion kid Shamir, who’s busy playing a queer, black reclamation game with house music with a dance-worthy debut albums and singles like “On the Regular,” which finds him lisp-rapping over a ridiculously catchy melody while emoting lines as coy as “Illy to the fullest / You can call me cancer / No multiple choice / ‘Cause I’m the only answer.” And then there’s Venezuelan experimenter Arca, who has done heavy production work for both FKA twig and Björk, and whose CGI alter-ego, Xen, is an overly-endowed, androgynous sex idol crafted to perfectly idle in the space on the middle of the gender spectrum.

It’s an easy dismissal to label these aesthetics as mere addendums to the decidedly non-visual realm of musical, but it’s not a dismissal which is going to hold up under scrutiny in the internet era–most people who know about, say, Arca at all have an equal chance of knowing him as either “that guy who produced on Vulnicura” or (more likely) “that guy who made an entire music video out of an animated, androgynous, alien twerker.” Even classic queer music such as “Miss Honey” may have been lost to the impenetrable swirls of history if Renee Moi’s singular persona hadn’t struck a chord on the internet.

There are plenty who see such male newcomers as a threat to their female foremothers—invaders in a space that really isn’t their own. But there’s also an argument to be made that such folks are worrying far too much about music that is far too damn good to be nitpicked for secret appropriators, and that feminization and binary dissolutions are part of a woman-centric homage that’s long overdue within the spheres of non-anologia. What’s happening right now is a reopening of the genre to players of all stripes, colors, creeds, and identities, rather than its remaining a shuttered party to everyone but your standard issue dudebro. Certainly, the electronic scene is still rife with the curse of EDM and its casual misogyny and overbearing straightness, but the curse is undergoing an erosion in which all the rules are being rewritten and none of the notes are the same. The chickens hatched in the 70’s are finally coming home to roost, and they couldn’t be more welcome.

'Appetite' by Aaron Smith
'Roving Pack' By Sassafras Lowrey
'Feel So Mortal: Essays on the Body' by Peggy Shinner

Taylor Tyson is a so-called writer who calls Savannah, GA home. When not working at the local library, he’s imagining being a rockstar and bitterly reviewing the work of actual rock stars on his blog that no rock stars will ever read.