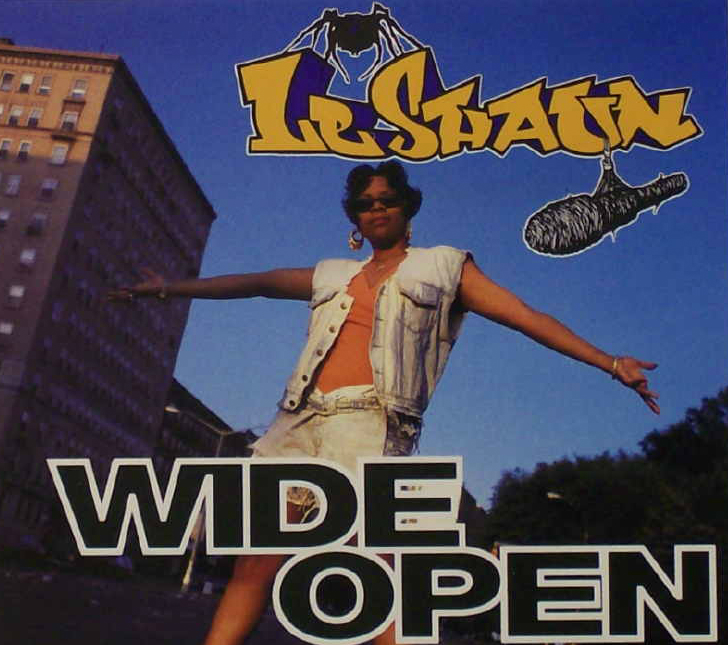 This week, Lambda Literary explores the ways in which music and literature influence each other

One of my poems includes a sing-along. I ask the audience to sing a few lines of Boyz II Men’s “End of the Road” with me when I point to them. We practice together before the poem starts. We smile and laugh together. At least once, the people in the way back who couldn’t really hear me anyways kept singing the song as I finished the poem. I like to think of that as a remix.

I have another poem that has a subtitle of: after listening to The Meters’ version of “Wichita Lineman” ten times in a row. When I read it, I plan on playing part of the song to bring the audience with me and to give them the small beautiful gift of one of my favorite songs.

When I temporarily left my queer wierdo but kind of “cool” life for a MFA out west, I thought I was choosing writing rather than music. I knew the solo narrative construction on the page was not unlike the music production work I’d dabbled in, but I’d struggled to reconcile working with Philadelphia teenagers on probation by day with DJing for grown kids on coke at night. Which is a simplification, but still. I often made depressingly more per hour DJing other people’s music than I made in my attempts to aid some of the poorest sidelined black and brown youth in the city. And while leaving them for writing felt selfish; it didn’t seem as selfish as DJing sometimes had.

In retrospect, I was wrong. I’d foolishly dismissed the physical joy of the dance floor–the whole reason I’d become a DJ in the first place. Years of case management in a shamefully inadequate system had me justifying my escape. As my MFA soon reminded, we, those of us who would ostensibly change our lives to dedicate them to the word, have not read the same books let alone in the same way. Writing is not inherently radical or relevant. I’d been naive. And, like the best poems and stories, music once mirrored within does not leave.

Which is all an unseen uppercut way of introducing the song deemed #5 on Complex Magazine’s countdown of “The 50 Grossest Rap Lyrics of All Time”.

In 1993, Tommy Boy records released an album by a young female rapper from Brooklyn named LeShaun. It’s called Wide Open and its title track of the same name is about a woman putting her finger in men’s asses and making them her bitch. There is a music video. It played on TV. It features pretty, mostly shirtless, young men begging tough nearly butch women to teach them the pleasure of submission. It is contrary to almost every other rap video ever made. Sure, we’ve seen other ladies rap cocky about dominance (I think first of Remy Ma’s ever useful “Conceited”), but I don’t know of any others featuring this position.

I’d found this record in my one-woman quest for representation. Most of my DJ friends were guys, and I’d noticed they would have maybe one or two female MCs in the two plus crates of records they’d brought with them for the night. When I asked, they’d always say female MCs weren’t as good. I’d argue plaintively but with little fodder (here let’s note the semi-parallel problems in literature). So, in an attempt to gather evidence, I started buying the music of all the female rappers I could find. Lucky for my wallet, but similar to the overall lack of respect and standing they faced, the singles and albums of many female MCs ended up in record store dollar bins.

Soon, I started a monthly all female MCs party called “Sugar Walls” (after the Jackie O song). Admittedly I worked in quite a few popular female R&B tracks too. It is important to let people dance after all. A few of the male DJs with guys in their crates came to support, but the crowd was mostly women and significantly queer. Oh misogyny, you tired ugly stalwart you.

It was in some discount bin that I found “Wide Open”, a song I was immediately happy with because the refrain and the sample of Johnnie Taylor’s “Ain’t That Lovin You” were something I knew I could play out. Because generally an unfamiliar song needs to be accessible. And I think I spun it once or twice in a bar or at a house party before I ever actually listened to the lyrics, before I got real curious as to “who and how.” Who was LeShaun? And how the fuck did this song get made?

There is a lot more to the Internet than there was in the early to mid-2000s when I was regularly spinning records. There are now more extensive (albeit, as my collection proves, incomplete) lists of female MCs. I can find a brief 2013 interview with LeShaun that explains how she is now a photographer in Florida, and that she isn’t mad at LL Cool J for not including her in the famous “Doin’ It” video even though that was her sexy voice on the track (!).

And we can now all watch LeShaun’s “Wide Open” video on YouTube.

Marissa Johnson-Valenzuela was born and raised in Wichita, Kansas. And though she’s also paid some sort of rent in Lawrence, Detroit, D.C., Laramie, Havana and the Mexican state of Chiapas, Philadelphia has mostly been her home since 2000. Her poetry and prose has been supported by the work of The Leeway Foundation, Hedgebrook, Art Farm, Fancyland, VONA/Voices, Lambda, Make/shift, As Us, The Rust Belt Rising, Solstice, Aster(ix), Big Bell and others. She is the fiction editor at APIARY magazine and the founder of Thread Makes Blanket press www.threadmakesblanket.com. She teaches at Community College of Philadelphia.