New Year, New and Old Erotica, and Other LGBT News

New Year, New and Old Erotica, and Other LGBT News 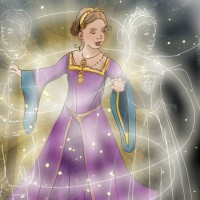 As adult coloring books are all the rage for gifts this year, we have found an adult coloring book you really need to check out. The Queer Adult Coloring Book explores post-breakup casual sex in a lighthearted manner. Not Safe For Work. You have been warned.

Carol Screenwriter Phyllis Nagy was interviewed about the movie, LGBT trends, and adaptations.

[When writing an adaptation,] some producer comes to you and says, “Would you do this?” You know very well—actually more than the author of the novel—what that could ultimately mean. It could’ve meant the producer wanted Carol set on Mars or in a caravan, which could be interesting in a sequel. But it came to me and I had no idea what I was getting myself into because it was the first script I was really hired to write.

Poet Phillip B. Williams discusses the reinterpretation of mythology and using anxiety in writing.

Greg McGoon shared some thoughts about LGBT children’s fairy tales and his new book The Royal Heart. The book is the heartwarming story of Lyric, prince who becomes a princess. And as Lyric’s transformation is described:

Now Lyric stood as a beautiful girl dressed in a royal gown. Lyric finally felt free. Tears trickled down her cheeks. “This is who I am. This is who I’ve always been. In my heart I knew I was not meant to be King. But maybe I can still be a leader.”

We mourn the loss of Tim Campbell, Minneapolis gay publisher.

The New York Times enlightened us to the New York Public Library’s Erotica Collection. Perhaps I should be spending more time at the library. 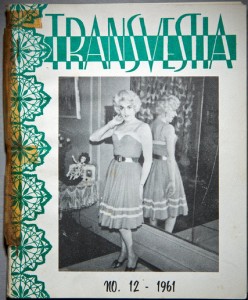 (Image via NYT, GIPHY, and Mic)

The Camp Wonders of the 'Phantom Menace', Children's Cartoons, and Other LGBTQ News
Emphasis on Community at the 2010 Triangle Awards
Fonseca's Literary Sass: Censorship, Censorship, and More Censorship, and New Highsmith-Inspired Mus...