Memoirs from Caitlyn Jenner & Augusten Burroughs, ALA Awards, and Other LGBT News

Memoirs from Caitlyn Jenner & Augusten Burroughs, ALA Awards, and Other LGBT News 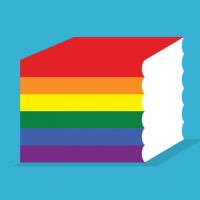 Ever controversial figure Caitlyn Jenner is coming out with a memoir. She will be working with Buzz Bissinger who wrote the widely shared Vanity Fair article back in June.

American Library Association awards were announced this month. George, by Alex Gino, and The Porcupine of Truth, by Bill Konigsberg, each won Stonewall Awards for Children’s and Young Adult Writing respectively. Simon Vs. the Homo Sapiens Agenda, by Becky Albertalli, won the William C. Morris Award. And author David Levithan was awarded the Margret A. Edwards Award.

Augusten Burroughs has a new memoir slated for March entitled Lust & Wonder: A Memoir. This one is sure to be a great addition to his already acclaimed body of work.

‘Zine lovers will rejoice! Dazed has compiled a list of  terrific queer zines:

It’s important to say that, no matter how radical or alternative they seem, zine communities aren’t immune to wider hierarchies. Some of the fairs I’ve been at have been spaces dominated by the voices of cis white, straight, middle class men who love to tell me how to use better typefaces. When we decided to run a new zine fest we wanted to explicitly privilege other groups who are otherwise not easily able to access other platforms. The fest celebrates publications made by marginalised and radical communities, with explicit preference for tables going to women, queers, POC, disabled people, trans, non-binary and genderqueer people, and other marginalised individuals and communities.

In The New York Times, Alice Walker, author of The Color Purple, and Colm Toibin, author of Brooklyn, discussed the various commonalities in their lives and work.

The Paris Review shared a review of the short film Jean Genet’s Our Lady of the Flowers which includes this gif (Enjoy):

In The Virginian Pilot, Rashod Ollison was interviewed about his new memoir Soul Serenade. The memoir explores how music and memory relate; the interview also includes audio excerpts of the novel.

Now I don’t know anyone who thinks gay marriage in the US equates to the end of this global struggle for civil rights, there is still so much woe meted out in the world; gay fiction writers have a certain responsibility to record what’s going on- but that’s where the wonder comes in. We have to actively imagine a better future before we can obtain it, that’s the process of coming out, after all. It’s our lesson to share.