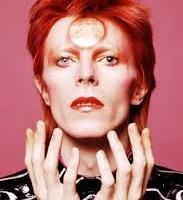 As we all mourn the loss of gender-bending, glitter-loving David Bowie, take some time to look at this list of his 100 favorite books. Hopefully, by the time you finish reading through this collection, the sting will hurt a little less.

Bowie’s recommendations not doing it for you as you search for your next read? Check out these 50 Most Anticipated Novels for 2016. Books include Black Deutschland by Darryl Pinckney and Hunger: A Memoir of (My) Body by Roxanne Gay.

In case you have ever wondered, as I often do, if “You’re About To Be In A Sinister Homoerotic Subplot In A Midcentury Drama,” we have the list for you. Hint: Keep an eye out for silk kimonos and standing in doorways.

In response to Elinor Burkett’s NY Times editorial, Joy Ladin shared her heartfelt testimony on what it means to be a woman as part of her TEDx presentation.

In an interview, Christopher Soto (aka LOMA) spoke about their chapbook Sad Girl Poems, their work with Nepantla, and about their  own struggls with access to the establishment.

I remember sitting in Major Jackson’s class and hearing him tell a story about Amiri Baraka. He said that Baraka once cried knowing (or thinking) that the major literary institutions like the New Yorker would never publish his work. I feel that way often. I once received a letter from a major editor saying, “Thanks for these necessary and powerful poems, for diversifying and equalizing the literary playing field.” Then that editor denied my work. Stating that it may not be a fit for their readership. I get a lot of statements like this, where people want me to exist in the literary field, to be radical and brown and trans. But then they don’t want to employ me or know about my daily struggles.

Performance artist Erin Markey and Becca Blackwell discuss their relationship and their upcoming show A Ride on the Irish Cream.

Ryan Berg was interviewed by Melissa Febos about his new book No House to Call My Own: Love, Family, and Other Transgressions about the queer youth of color and his experience with them as a caseworker.

I learned about humility writing this book, I learned about privilege. The writer who wrote the initial pages in 2005 was a much more sentimental, naive person. Over the course of writing the book, I became more aware of issues of mass incarceration, systemic oppression, racial and economic justice, and the role of well-intentioned white social workers in the lives of young people of color. I learned about power, about the uncomfortable reality of my own power. I had to turn the lens inward and do some work on myself in order to attempt to do these stories justice. My hope is that this book creates space for LGBTQ youth experiencing homelessness to tell their own stories, that their own memoirs begin to emerge, becoming the necessary corrective to history.