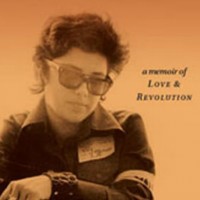 Pioneering feminist, writer, and lesbian activist Jeanne Cordova has died after a challenging battle with cancer at the age of 67. Cordova died on January 10th, in her home in Los Angeles, with her spouse Lynn Ballen at her side. In her 2011 Lambda Literary-award winning memoir When We Were Outlaws, Cordova chronicled her time as a young lesbian reporter and firebrand activist in the 1970s.

As others were protesting the war in Vietnam, Cordova was already thinking ahead to the next great civil rights frontier.

“I realized that one day, the lesbian and gay struggle, as we called it then, had to grow into a mass movement,” Cordova told journalist contributor Sarah Toce in Gay Press, Gay Power. “I wondered if we ever would or could become as big as this anti-war movement.”

It could well be argued that Cordova’s founding of the national newsmagazine The Lesbian Tide was fundamental to the realization of that prediction. According to her biography it gave “voice to the new generation of lesbian feminists.”

'how to get over' by t’ai freedom ford
Rosamond S. King & Jen Bervin: On Poetry, Art, & Our Dystopian Reality
Longform’s Best Sex Stories of 2012