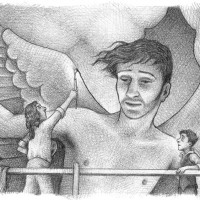 Jeanette Winterson and Marlon James discuss violence, pornography, and writing in a conversation with the Guardian. The two offer brilliant insight into our world and what makes us human these days. As Winterson says “Staying the course with someone is hard. You can’t just keep upgrading people like you do with your phone.” 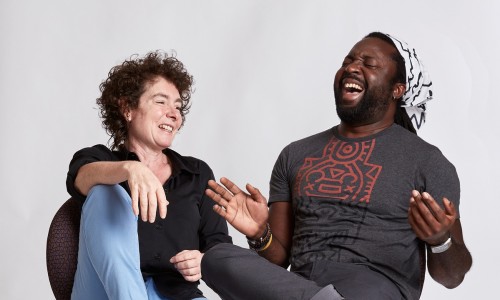 Brian Selznick’s new book The Marvels tackles the challenge of writing a book about AIDS for children. As David Levithan, author of Boy Meets Boy and Two Boys Kissing, describes:

We were young at the height of AIDS in the ’80s and early ’90s, but now turn and look at our audience, and see they have no idea of what happened. Instead of treating it allegorically, or dancing our way around it, we can call it by its name.

The Bad Sex Award (a thing I am delighted to learn exists) gave this years award to Morrissey for his debut novel List of the Lost. His scenes included phrases such as “bulbous salutation” and “giggling snowball of full-figured copulation.” Oh Wow. All I can say.

The musical Invisible Thread just opened in New York telling the story of modern gay Uganda. The story is a gripping and thrilling tale, speaking more to a reality of Uganda than the satirical Book of Mormon might portray. 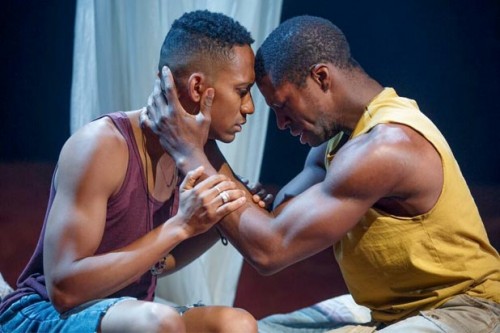 Journalist Jeffery Schmalz was recently profiled for public radio on the reporting he did of AIDS during the crisis, remaining in the closet the whole time about his sexuality and his HIV+ status.

For World AIDS Day, Good Men Project profiled six writers who helped bring awareness to HIV/AIDS. The profiles are simple and beautiful, bringing attention to these important figures who helped to shape modern narratives about the disease.

Images via the Guardian, Out, and the Wrap