Ten Poems by QPOC You Really Should Have Read This Year

Ten Poems by QPOC You Really Should Have Read This Year 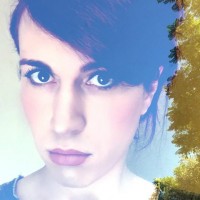 This year was filled with so much amazing poetry! There are more poems to celebrate than any list can manage. The language of these poets have infiltrated my daily vocabulary and thought processes. In 2015, I learned what it meant to “chaos like a motherfucker” (as written by Fatimah Asghar). I also learned that “loneliness is still time spent / with the world” (as written by Ocean Vuong). I send thanks to my fellow poets for sharing these words and ideas with everyone. I thought it’d be nice to take a moment and share poems I’ve encountered here, in case you’ve missed them. Here are some of my favorite poems published by queer people of color in 2015.

What are your favorites?

2.“The Bullet Was a Girl” by Danez Smith, published by The Academy of American Poets.

3.“Grief Work” by Natalie Diaz, published by The Academy of American Poets.

4.“I Dream of Horses Eating Cops” by Joshua Jennifer Espinoza, published by Nepantla.

5.“I Have a Time Machine” by Brenda Shaughnessy, published by The New Yorker.

6.“Pluto Shits on the Universe” by Fatimah Asghar, published by Poetry Foundation. 8.“Ceremonial” by Eduardo C. Corral, published by The Academy of American Poets.

9.“Untitled (Destroying Flesh)” by Juliana Huxtable, published in an exhibit at the New Museum.

10.“The Lights on the Boats” by C. Dale Young, published by Plume.