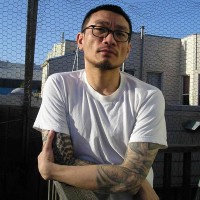 San Francisco-based poet Justin Chin suffered a massive stroke last week. Chin was discovered unconscious in his home on the morning of December 18th. Unresponsive, Chin was placed in palliative care at the California Pacific Medical Center Davies Campus ICU Unit in the Castro. His family recently requested he be taken off life support.

San Francisco poet and writer Justin Chin is being taken off life support today after suffering a massive stroke last week, according to friends.

Fellow writer Kirk Read, who called Chin “the Kurt Cobain of our writing scene,” reported in an email to friends that after several days in the Intensive Care Unit at California Pacific Medical Center’s Davies campus, doctors said Chin was unlikely to recover. His family asked doctors to remove him from his ventilator today, Read said.

Born in Malaysia and raised in Singapore, Chin came to San Francisco, where his raw and often funny writing made him a prominent figure in the Bay Area literary scene.

Known for his visceral and uncompromising work, Chin is the award-winning author of 98 Wounds, Bite Hard, Attack of the Man-Eating Lotus Blossoms, Harmless Medicine, Gutted, Burden of Ashes, and Mongrel. A five-time Lammy finalist, he won the Publishing Triangle’s Thom Gunn Award for Poetry in 2007.

Update: Friends and loved ones are reporting that Justin Chin died on the morning of December 24th. A full obituary will follow on LambdaLiterary.org shortly.