Personal Advice from Author Karin Kallmaker: Is There a “Right” Way to Breakup With Someone?

Personal Advice from Author Karin Kallmaker: Is There a “Right” Way to Breakup With Someone? 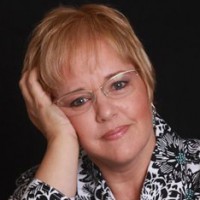 Do you have problems with your love life? Do you hate your job? Is your social life lacking a certain zing? All of these questions and more can be answered through literature—or maybe, at least, by the people who write it. With that in mind, we here at the Lambda Literary Review have started our very own advice column called “Reader Meet Author.” Think of the column as a sort of a “Dear Abby” for the LGBTQ literary set. You can send “Reader Meet Author” questions for publication to ReaderMeetAuthor@lambdaliterary.org.

This month’s author is Karin Kallmaker. Kallmaker’s lesbian fiction novels include the Goldie and Lammy award-winning 18th & Castro, Just Like That, The Kiss that Counted, Maybe Next Time and Sugar and span lesbian romance, lesbian erotica and lesbian science-fiction/fantasy. Translations include Spanish, French, German and Czech. More than five dozen short stories have appeared in anthologies from publishers like Alyson, Circlet, Cleis, Bold Strokes, Yellow Rose and Haworth. Her writing career began with the venerable Naiad Press, continues with Bella Books and includes more than two dozen novels in print. In 2008, she joined Bella Books as the press’s first Editorial Director. A Stonewall Library and Archives Distinguished Author, she was awarded the Golden Crown Literary Society Trailblazer Award in 2011.

Is there a “right” way to breakup with someone? I met a woman on Tinder a while ago and, on paper, she is perfect. She is funny, smart, and good in bed. But despite all this, I just don’t feel a spark, that unquantifiable connection that makes you fall in love. I wish I did, but after a few month of dating, I realize that all the wishing in the world won’t change the fact that I simply don’t have that fiery romantic connection. I want to end it, but I am having the hardest time. I have never broken up with someone who was actually nice to me. All my breakups were initiated by drama and arguments. This is the first time I have to end a relationship that is basically stable. I want to end it kindly with a proper sense of politesse. I don’t want to be a jerk and just ghost, but I am having the hardest time building up the courage to end it. Any suggestions?

Breaking Up is Hard to Do

Dear Breaking Up is Hard to Do,

If only life were like fiction and the major plot points of our personal sagas turned out always for the best, or if for the worst, at least we get a good tale out of it. Many times in stories people say hurtful things for a laugh and the next day everyone has moved on, like it didn’t matter. That’s not life. You’re right–don’t be a jerk and ghost, or pick a fight to have an excuse to split, but don’t let kindness keep you silent either. Be honest, sooner rather than later. And that old chestnut about owning your feelings? Do that. You can’t feel what’s not there, and you don’t want to get to your breaking point on, say, your wedding day. That’s not kind. When you look back at this chapter in your life, how will you want it to read to the person in the mirror? Do your best to write it that way because we don’t get to edit life.

I am writing a novel that has some characters that are inspired by some of my close friends. Some of the characterization are not that flattering, but I feel all the characters are imbued with a real sense of humanity; all of us are flawed and I feel my novel illustrates that fact. I do care about my friends; I am worried they might feel slighted if they read it and see themselves reflected in a complicated light. Any ideas on how I should broach this delicate topic with my friends? I don’t want them to hate me, but I also want to stay true to my vision.

So sounds like you want to keep these friends. It is important to honor our vision, that’s true. But when friends see themselves in a book their reactions are not predictable, even if discussed ahead of time. Some will be flattered and some will come for you with pitchforks. Some won’t care and some will never notice. Some will want to be more in your books and feel they have ownership and a right to edit. Some will flat out tell you not to use anything about them in your work. You won’t know until after the book is out in the world because they won’t really know until they see what you’ve done and fully take in that other people are reading it too. In short, friends may say it’s fine in the abstract and feel very different when it’s too real to change anything.

Even the ones who are flattered might wonder if the friendship is more about them as fodder and less about actual kinship. “I had a vision to honor” won’t cut it with a former friend who feels used. Also, I’m not a lawyer and don’t play one on TV, but if you broach the subject “would you be okay if…” then you’ve demonstrated you thought you needed their permission to use something that belonged only to them. So think about introducing a legal release into the conversation and ask yourself if that’s where you want to go. Is it worth the strain on the friendships and the distraction to your creativity? Is it worth possibly losing a friend forever? Only you know the answer.

My general rule is that if you want to keep the friends, it’s probably not a good idea to let them recognize themselves in your books. Most of my friends haven’t spotted themselves. Of course the quirks, complexities, and realities of people in our lives feed us; but I personally think our job is to take that and mold something new, unique, and universal. Blend the different human clay life gives you and build story people that belong to you. Bottom line: remember you’re writing fiction.

Lucy Corin: Apocalypse Now
Alysia Abbott: A Trip to Fairyland
That Whole Thing the Dead Come Out Of