A Poem by Carina Yun

A Poem by Carina Yun 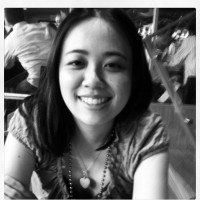 This week, a poem by Carina Yun.

AT THE NATURAL HISTORY MUSEUM IN WASHINGTON D.C.

It’s Friday night, and all the kids are out
from school running around the exhibits unsupervised,

smearing their handprints on the displays
between the Arabian Oryx and the spotted hyena.

Their parents are occupied upstairs snapping
photographs of the Hope Diamond.

Claire and I wander behind giant displays of kangaroo rats
in pursuit of the echidna, the rare egg-laying mammal.

We just watched David Attenborough in Australia.
He showed a male echidna mounting a female.

He said that males have a four-headed penis that erects
to seven centimeters long, it’s shaft covered with penile spines.

Each time a male echidna has sex he alternates the heads.
I, of course, could not believe it.

My mouth dropped in awe when he showed a female
laying a single soft-shelled leathery egg,

and within days a baby was sucking milk
from the mother’s two milk patches (she has no nipples).

During our night exploration, I spot the echidna display
and blurt out, I don’t see the penis!

The kids point at me and giggle.
Claire tells me she’s worried about my wanting to see a penis.

She thinks I might fancy one.
I tell her the echidna penis is extraordinary.

The sex organ changes heads with each use.
What other kind of penis does that?

CARINA YUN is the author of On Loving a Saudi Girl (Headmistress Press, 2015), winner of the Charlotte Mew Prize. Her poems appear at Adrienne, Beltway Poetry Quarterly, CutBank, The Northern Virginia Review, Poet Lore, and elsewhere.