‘When the Sick Rule the World’ by Dodie Bellamy

‘When the Sick Rule the World’ by Dodie Bellamy 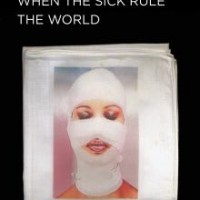 Dodie Bellamy’s collection of essays, When the Sick Rule the World, immediately hooks the reader with a disarmingly funny and libidinous reading of a scene from a classic animated film. The effect is one of being grabbed by the wrist and dragged, willingly, into a series of dark and deeply felt vignettes that address with lyrical precision such topics as the death of the author’s mother, Kathy Acker’s abandoned possessions, the cult of the guru, and the cannibalization of San Francisco by the tech industry.

By the end of the book, Bellamy has managed to create, by virtue of colliding fact, anecdote, and opinion, an opulent jumble of a life. She draws heavily on a recurring cast of friends, family, and fellow activist-artists, all of whom are rendered with precision and compassion–even the persnickety neighbor, Trey. But Bellamy pays particular attention to those displaced characters often left out of the narrative–San Francisco’s increasingly desperate homeless population.

Indeed, one of the greatest strengths of the collection is its refusal to ignore the most terrible threats to the author’s way of life and community, though in addressing them she gives little in the way of answers or assurance; much of the text exudes frustration or hopelessness at the apparent inevitability of being crushed under the capitalist-imperialist dynasty of the United States. Bellamy’s infused wit is the lifeline that keeps the work buoyant, a line of resistance thrown out for the reader to grab and hold to. With its raw, sometimes crass observation juxtaposed with neurotic intellectual analysis, When the Sick Rule the World provides a peculiar brand of humor that is both a tool of self-examination and an exercise in revolt.

Bellamy’s book is like rough sex: it is intense, dizzying, and often leaves you bruised, but beneath the glitter of sensation lies a foundation of tenderness. The author herself is so clearly embedded in not only the narrative of her essays, but in that of her community; her anger, sadness, and aspirations are inextricable from the city of San Francisco and its people, even as they all find themselves pushed farther and farther from the place they have claimed as home.

'The Light that Puts an End to Dreams: New and Selected Poems' by Susan Sherman
'My Brother and His Brother' by Håkan Lindquist
'On Earth We’re Briefly Gorgeous' by Ocean Vuong