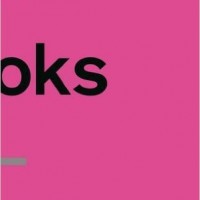 Wayne Koestenbaum’s latest, The Pink Trance Notebooks, is a difficult book to review—but in a very good way. In fact, it would be difficult, in the space of a traditional review, to do justice to a single of its poems, or “trance notebooks,” each its own luxuriant collection or collage of pithy observations, speculations, reports, notations, aphorisms, and epiphanies. The collection is apparently the result of a year-long hiatus from journal writing in favor of this more immediate, unfiltered transcription of a mind at work in and on itself. But beyond the circumstances of their composition, there is a particular grace in witnessing the unlabored, suggestive genius of a mind paying thoughtful attention to its own workings—a mind that is interested in itself, rather than self-interested. It is the difference between invitation and alienation, between turning a reader on and shutting a reader out.

Each of these “notebooks” is akin to nothing so much as the transcript of an engaged mind at work—like any mind, they are comprised of reflections and flashes of insight that can be, among other things, perverse, idiosyncratic, brilliant, curious, astonished, inspired, silly, despondent, mundane, and brutal. Each poem is numbered—there are 34—with a subtitle whose significance becomes apparent but which is only loosely suggestive of any thematic unity among the components that follow. Like the products of any mind, some of these moments become points of departure for associative riffs, while others remain enigmatically or provocatively complete unto themselves, connected by dream logic or simply by time.

Some of Koestenbaum’s moods or manners of observation are especially notable, as in his appreciation for the absurd. Take, for instance, this moment in “Trance Notebook #3 [a testicle descends, but a lark ascends]”:

Like dreams that defy or dare interpretation their astonishing juxtapositions become first an invitation to laugh, before their full impact settles in. (Can you un-imagine Jerry Seinfeld as Mame, not to mention the Jim Nabors situation?) “Trance Notebook #18 [desire demands specialization]” laments the most ordinary of failures:

of Triscuits and the delight
they fail to bring
I sing—

Note the deft enjambment that is so especially vital to brief verse—here suspending the possibility of delight just long enough for the failure of the next line to be all the more disappointing. But then, one sings of it anyway—disappointment is worth marking.

Koestenbaum’s musings about sex and sensuality cover a range of sexual expression and yearning. There is the bluntly libidinal, as in this passage from “Trance Notebook #22: [ultramarine has a pocky charisma]”:

More frequent, though, are considerations of the dynamics of yearning and sexual power, as in this entry, also from “#22”:

Beginning with the simple wish to be desired, the moment evolves into an acknowledgement of the active, extensive power in being the object of another’s longing.

Many of these observations record the impact of epiphanies and unexpected associations. As in “Trance Notebook #2 [nerdy questions about exact pitch],” the recollection of the simplest of pleasures can energize in their unexpectedness: “but then Edith Piaf/suddenly thrilled me”.

And, at other times, a simple-seeming pleasure can offer unexpected opportunities for memories to emerge.

a Seville orange
reeks of my father—
its sharpness, its
vulnerability to being
squeezed

Other observations seem to meditate on the project itself—the questions and new awareness that arise from such interested attentiveness to what passes through consciousness. In these moments from “Trance Notebook #34 [the word she picks for comfort, ‘hernia’”, Koestenbaum reflects on the temporal challenge of thought itself:

______why must
thought be consecutive?

It seems to be a manifestly unanswerable question, but what the question also draws attention to is how laying bare on the page the mind and its workings reveals just how unencumbered by temporality thought really is. Memory, insinuation, reaction, repulsion, yearning, causation, association, hypothesis, wonder—these and more are our very human antidotes to the constraints of living in simple time. These considerations are in fact anticipated, in similar terms, in “Trance Notebook #18 [desire demands specialization]”:

of Melanie and the
Carpenters I sing—and
of hours later, and their
resemblance to hours ago,
and foretelling’s resemblance
to forewent—

The witty and vulnerable openness of these poems would be enough to make them appealing. But then there is a refreshingly casual (that is, not ostentatious) polymathic erudition that informs them—covering film, philosophy, literature, visual arts, and more—that makes them all the more compelling. Populating this mind are figures as diverse as Patricia Neal, Rilke, Wilhelm Reich, Michelangelo, Susan Sontag, Marcel Duchamp, Lorca, Edna Millay, Joan Crawford (and Bette Davis), Miró, Klee, Marx, Homer, Julie Harris and Judith Butler, Gide, and Grace Slick—to name just a few. At least one thing is true of the collection as a whole—that it demonstrates how being attentive to oneself in this way can leave an enlivening legacy of lived curiosity. Read these aloud with people you like.