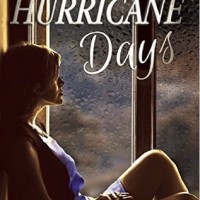 Governor Robin Sanders has positioned herself well to be the next GOP nominee for the highest office in the land. Her competition is fierce, but she has two things going for her: her honesty and her conservative values, each of which has served her well until now. However, nothing is ever easy, and trouble is brewing on the horizon. Her tough stance against gay marriage is well known and is about to be challenged, becoming a huge distraction in the midst of her bid for the White House. With an important debate about to begin, Robin ties her signature scarf around her neck, feeling for the first time that it’s a noose, rather than a symbol of control. All the while, rumors fly that the Georgia Governor may be a bit of hypocrite and everyone is demanding to know the truth about Robin Sanders. The hubbub has arisen over a single snapshot of Adrienne Austin with her arm around Robin and an off-handed remark Adrienne made in a bar one night.

Adrienne, the cult rock star, and Robin’s college roommate, has made her way in the world as a musician with enough of a following to live comfortably, doing what she has always wanted to do. She’s been out of the closet for years. When her chance remark, made in that bar one night, becomes a sensational headline, it threatens to bring Governor Sanders down hard. Sanders’ staff shifts into high gear trying to do damage control, but Robin may be her own worst enemy and frustration abounds on all sides. The people who are her most trusted advisors cannot fathom what’s gotten into the Governor or why she seems so out of control. If they can’t rein her in, they may all be in jeopardy.

Hurricane Days is a tale told with a foot in Robin’s past and one in her present reality. The Governor’s interactions as she moves forward in her campaign and her personal turmoil are told in third person, while her story of her first encounters with Adrienne, and their subsequent explosive college year together, is told in first person, giving us insights into Robin’s conflicted feelings about her impulsive roommate and their unpredictable relationship. The feelings that war within the young Robin are only bolstered by family dynamics, especially those of her outspoken, and very biased, State Representative father. As the lives of these two old acquaintances converge in the present, amid speculation and chaos, we are privy to their past experiences and able to understand (although we may not agree with) how Robin has found herself in this unenviable position with hard choices to be made and her political career on the line.

The minor players–Tom, Robin’s husband, and Kendrick, her young daughter — round out the story, telling us even more about Robin. Her interactions with them are revelatory without overpowering the main story. Staff members, with their own interesting personalities and agendas, support the narrative as well.

Lukas has given us a gripping tale of young, unrequited love channeled into fierce ambition, and confronts us with a difficult and painful present reality, keeping us on the edge of our seats until the final pages. We wait to see if Robin will continue to embrace her conservative values to gain the top job in the land or if she will value being true to herself even more.

This is a masterfully written story. Emotions run wild and attempts to deny them are portrayed in ways that draw us into a gut-wrenching account. The difficult relationship between a young Robin and Adrienne pulls us into their emotional upheaval as if being pulled into the eye of a storm and it doesn’t let us go. Hurricane Days is a story with a big promise that doesn’t disappoint.