H. Melt: On Cultivating a Community, Chicago Art, and the Future of Trans Poetry

H. Melt: On Cultivating a Community, Chicago Art, and the Future of Trans Poetry 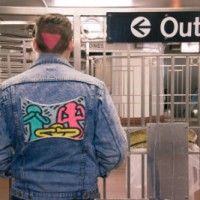 “I feel there’s not a whole lot of support for trans writers–but it’s changing. And it’s changing not because [of the publishers], but because a lot more trans poets are pushing for this to happen…”

Melt’s work as a poet is as much about developing and celebrating the craft they love as it is about creating space for other queer and trans writers to do the same.

The Chicago poet’s first full-length collection, The Plural, The Blurring, is a deeply generous offering that will especially encourage any fellow writers who have felt marginalized to continue to find their voice, nurture it, and seek out others who will join in that struggle.

Willing to be vulnerable about their own experiences of gender self-discovery, empowerment, and (sometimes) rejection, H. Melt compassionately interrogates the hard and soft places of belonging, particularly in worlds–like Chicago’s queer parties and indie arts scene–that readers rarely get such intimate access to.

I recently had the chance to chat over the phone with H. Melt about their new book, Chicago art, and the future of trans poetry.

The Plural, The Blurring seems to be about starting a conversation. What’s the conversation that you want to have through your work?

There are a couple different conversations going on within the book, and that’s part of what “the plural, the blurring” is. There’s no definitive narrative in the book. The sections are organized around different themes. One of those is about me growing up and figuring out my trans identity, how I even came to understand what the word “trans” meant and that it was a possibility. And then, at the same time, it’s about how I developed my skills as a writer; what those two things look like in different and similar spaces.

You also see me going into a lot of different queer spaces and find that some of them–well, none of them–are really perfect. Some of them are a kind of home, then also you’re seeing some things within them that are problematic. You see me both finding community and community pushing me out; spaces that are more exclusionary than inclusionary, even within the broader queer community that I feel I “should” belong in. All queer spaces are not the same. And even within queer spaces, there are particular rules.

In “Fear of a Queer Planet,” you write, “I do not feel safe or understood on Planet Gay or Trans or Queer.” There’s this idea you explore that when we create institutions as queer and trans people that they–almost by definition, as “institutions”–will develop their own rules and judgements. And you urge folks to “not create outsiders.”

How do you see trans poetry as part of the project to not create more outsiders?

One of the exciting things happening right now is that there’s not really a definition of what “trans poetry” is. That’s what I took from reading Troubling the Line [an anthology of trans poetry and poetics edited by TC Tolbert and Trace Peterson] and realizing I didn’t see what I was expecting in it. I was talking with Trish Salah–who’s in the book–about it, and she was like, “Well, of course you didn’t see yourself in this one book. It’s only one book! There should be numerous books about and by trans poets. You can’t expect one book to do all that work.” Troubling the Line brought more visibility to trans poets, but it’s just a beginning and continuation of work that folks were already doing.

I’m excited to see this group of younger trans poets who were not featured in the anthology–like the poets of Darkmatter, Cam Awkward-Rich, Joshua Jennifer Espinoza–and where they’re taking trans poetry. Also THEM, the trans literary journal, and Vetch, the trans poetry journal–how they’re all going to influence trans poetry and trans writing.

You say this in the book too: “It’s an exciting time to be a trans writer.” We know that trans poets have been writing all along, but something does seem to be shifting right now–the Lambda Literary Awards adding a “Transgender Poetry Category” as you mention in your book, and the emergence of THEM and Vetch literary journals, for instance. These are symptoms of the fact that something has shifted, perhaps, in how trans writers are able to access resources or institutional support.

What do you see happening in publishing right now for trans writers?

It’s still incredibly difficult to publish work; it took me a really long time to find a publisher. All the same barriers to the publishing world are there, right? I mean, there are one or two trans publishers that publish poetry. But still, one or two out of how many publishers exist is not many–especially when they’re small presses putting out 1, 2, or 3 books a year, at that. What that means is that, as a trans poet, you’re more likely to be published by a cis[gender] press. And probably by a white press. And probably by a press that’s run by men. Even in the queer publishing world, a lot of LGBT presses are still run by gay men. And I’d argue they’re not any more or less open to trans poetry than straight publishers are.

So even within the queer literary world, I feel there’s not a whole lot of support for trans writers–but it’s changing. And it’s changing not because [of the publishers], but because a lot more trans poets are pushing for this to happen and are creating their own spaces, their own journals, their own readings to promote their work and to develop themselves as writers.

In The Plural, The Blurring I got the sense that the fact that there’s nothing defining what “trans poetry” looks like is both, for you, liberating and has also caused issues with getting trans poets recognized.

It’s lonely, sometimes, being a trans poet. [laughs] Most of the trans poets I’ve come across have been online. There’s no “Communing of Trans Poets”–especially in the Midwest. A lot of that is happening in New York or on the West Coast, in San Francisco and L.A. Sometimes it’s frustrating being literally in the middle.

But it also gives me more space to connect with my local writing community, here in Chicago and in the Midwest. Because I haven’t been surrounded or taught by a community of trans poets, my writing style is very much influenced by different things. I think that’s how it will be for a lot of trans poets — they’ll be coming from so many different backgrounds and have so many different writing styles. It creates great potential for what “trans writing” can look like.

Yes. To me, the Chicago tradition means to write a lot of realist portraiture. To describe your community, your daily life–and to do it a really real and honest way. It’s not really focused on a lot of poetic techniques or necessarily trying to make your poems looks pretty on the page. It’s really just concerned with telling your story in the rawest, realest way possible. Just getting that out.

It’s striking how in the first section of your book, you name a lot of the people around you and your friends by name. Joe Varisco and Jesus Plaza, and all these others. It makes the writing very personal and intimate, but so very specific to your life alone. Of course, the push there is then for a reader to think, “What do I see of myself in this? What do I not?” They may also ask themselves, “Why?” Why do you intentionally name so many of your friends in your work?

It’s important to remember them. And to mark them as important artists. On the one hand, it’s part of that documentation–making sure that they get recognized for the work that they’ve been doing as underground queer artists. But then again, they’re also very much a part of my personal narrative. It’s balancing those two things: my personal story with the larger queer scene in Chicago. And these are folks people know–not just in the Chicago queer community, but who are very much well-known and well-loved. I want the broader world outside Chicago to know them and love them.

You speak often, in the book, to that broader, outside world. In the introduction you say, “We must speak to as broad an audience as possible and challenge them to see us” (with “us” being queer and trans people). Some of your writing–like the essay about your college not recognizing you as a trans person–is almost educational. Trying to get “them” to see “us.” Is that something you’re going for?

Some of the pieces are very much directed at particular institutions, like the Gallery 400 letter or the Lambda Literary piece, or the one about the School of the Art Institute [of Chicago]. They were very directed, and shared with those places. But speaking more generally, I just write–I write what I need to write. My hope is that it will appeal to both trans and cis and beyond audiences. My hope is that my writing does not contain itself to queer and trans people, that all people are included, that cis and straight people find something of value in the writing without feeling like an outsider.

Of course, there’s some outsider-ness for a lot of people reading the book, even for queer and trans people not based in Chicago or who don’t know the people I’m talking about personally. There’s different levels of information, and different familiarity people will have depending on where they’re coming from. But I hope that the book doesn’t exclude those people from reading it.

And I hope the book doesn’t make an outsider of itself.  I’m trying to make sure the work doesn’t contain itself in “a room full of mirrors,” like I say. That’s difficult, because a lot of the places that have previously published the pieces are either queer and trans publications or are Chicago publications. But I’m hoping with this book that I can take that work further.

This interview was edited and condensed.