A Bisexual Boxer Biopic, Transgender Sci-Fi, and Other LGBT News

A Bisexual Boxer Biopic, Transgender Sci-Fi, and Other LGBT News 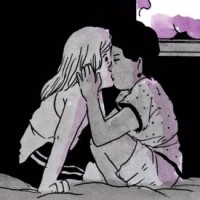 Congratulations to Lambda Literary contributor Robin Coste Lewis for winning the National Book Award in Poetry for Voyage of the Sable Venus!

Dylan Edwards’ comic on transgender visability speaks to the importance of seeing a variety of representation which speaks to the diversity of experiences.

In the wake of legalized gay marriage, gay playwrights have been conquering the question of “Now what?” Our culture has been dealing with huge shifts in only a few decades. Steve by Mark Gerrard and Dada Woof Papa Hot Peter Parnell seek to define what we look like now.

Vulture shares a list of 28 artists discussing the lesbian cultural artifacts which changed their lives. This is a beautiful list of important moments in lesbian history.

Tillie Walden discusses queer comics in an interview with Vulture:

I don’t think I could’ve drawn a graphic novel about two young lesbians if I wasn’t out right now. I always avoided the whole queer thing in stories because I felt like I couldn’t draw openly gay characters if I was still scared to be openly gay — in The End of Summer there’s a gay character, but it’s very quiet and hidden and shadowy. Now a huge part of my voice is the fact that I’m gay and I like writing gay characters. It was so nice to draw girls kissing!

Lenny Abrahamson is set to direct an adaptation of A Man’s World: The Double Life of Emile Griffith by Donald McRae, the story of a boxer who is bisexual. 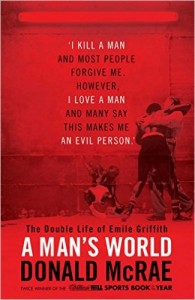 ‘Farther and Wilder: The Lost Weekends and Literary Dreams of Charles Jackson’ by Blake Bailey
The Fabulous Ekphrastic Fantastic Offers a Feast of Memories and Lessons
'Polaroids' by Attila Richard Lukacs and Michael Morris