‘The Gap of Time’ by Jeanette Winterson

‘The Gap of Time’ by Jeanette Winterson 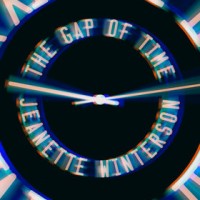 The new Hogarth Shakespeare series is an endeavor to “have the Bard’s most renowned plays retold by acclaimed, bestselling novelists for a 21st-century audience.” As a 21st-century grump irked by the 21st-century compulsion to haul Shakespeare’s plots into every conceivable setting at the expense of Shakespeare’s poetry, I might have easily greeted the series with raised brow and narrowed eye.

But then there is the utter correctness of its debut title. Jeanette Winterson—whose energetic literary career began with the sui generis coming-out novel Oranges Are Not the Only Fruit and has ranged through many forms and eras since—has written a “cover version” of Shakespeare’s The Winter’s Tale, called The Gap of Time.

It’s hard to imagine a neater pairing. There is the play’s theme of abandoned children, a favorite of Winterson’s; she was herself adopted as an infant by a mother whose devotion to an angry god precluded any love on a human scale. There is its oddity: what is perhaps Shakespeare’s most grounded and adult emotional landscape still produces a murderous bear, a living statue, and the 16-year intermission that gives the cover version its title. Its slippery handling of reality and identity suits Winterson’s own highly distractible narrative approach.

In her taste for aphorism and eternal semi-seriousness, Winterson can herself sound like one of Shakespeare’s wise clowns or mad kings. But while The Gap of Time contains some spectacular set pieces, it is not merely a clever update, with Shakespeare’s wild Bohemia transformed into a Louisiana city populated by Americans who talk like nothing of the sort. The novel’s chief innovation lies not in these superficial remappings, but in the enhanced depth of its central relationships.

In short, The Gap of Time takes full advantage of the fact that it is a novel. The book’s primary bond is the difficult friendship of hedge-fund head Leo and Xeno, a dreamy videogame designer. They first meet as boys at an English boarding school, where they become lovers for a time. (To a modern reader this hardly seems to stray from the play, in which King Leontes is curiously desperate for his boyhood friend to remain at his side even after a nine-month visit.) As adults, they’ve drifted apart, to the point where Xeno seems much closer to Leo’s pregnant wife, MiMi.

But the gut punch of both versions of the story comes from how sharply comedy veers into horror. Shortly thereafter, Leo tries to kill Xeno with his car. He confronts and then rapes his wife, who goes into labor early. While she recovers, he manages to steal the newborn and tries, unsuccessfully, to deposit her with the presumed father, Xeno, in America. Meanwhile, his young son dies in an accident amid the chaos he’s unleashed.

Stranger, softer things, however, are yet to come. Leo has done the unforgivable several times over, and so his victims are not asked to forgive him anytime soon. Instead, 16 years work their magic offstage.

Leo’s castaway daughter, Perdita, is taken in by an African-American widower and his simpleminded son. (These two are what Winterson makes of the play’s shepherds, and while it’s perhaps an intuitive choice to turn Shakespeare’s class boundary into a racial one, the son skates perilously close to a familiar old American caricature—a rare misstep.) The girl meets and falls for Xeno’s son unawares, and young love eventually brings about a reunion that the older generation is too battle-scarred to arrange.

This hopeful ending is unlikely, and perhaps even unjust: the repentant Leo of the second half could go on repenting straight on into hell, for all readers may care. But Winterson is arguing not for justice but for grace. Her Perdita vows:

I will remember that, although history repeats itself and we always fall, and I am a carrier of history whose brief excursion into time leaves no mark, I have known something worth knowing, wild and unlikely and against every rote.

Like a pocket of air in an upturned boat.

Love. The size of it. The scale of it. Unimaginable.