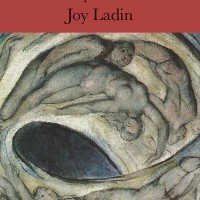 The angst and transcendence of that unique point in a transitioning person’s life—the last days that they exist in their birth gender, aware something shattering is emergent beneath the surface— is rarely captured so well as with the clarity and grace of Joy Ladin’s Impersonation. Written as part of a poetry triptych that includes Transmigration (2009) and Coming to Life (2011), Ladin’s newest collection gathers autobiographical poems from a decade ago when, as Ladin explains, she still believed she would live the rest of her life as a man and more recent poems that explore her passage into womanhood, particularly from the perspective of one ensconced in the familial and social duties of middle age.

Ladin’s gradual unearthing of her buried female self ‘in real time’ is an engrossing and wrenching journey, as her rich verse persistently strips the experience down to intimate depths of emotions rarely shared with those outside closest confidantes. The book’s first section, as she explains in the introduction, is filled with “impersonations” in the voices of men, many drawn from Judeo-Christian and classical literature—for instance, Jonah in the belly of the whale or the poet Ovid exiled from Rome—as well as private conversations with herself, between body and soul. The metaphors she draws are grand, earth-moving, sometimes literally hanging between life and death: banishment, entrapment, political change, the moment a spirit travels from a deceased body into the afterlife.

Particularly evocative is a set of seven poems one-quarter of the way through the collection, written as an imagining of her father past death and inhabiting a kind of purgatory where he is stuck not feeling love—an emblem of manhood, for Ladin—and looking down on both Ladin, living now as a woman, and her mother. Ladin writes in “Sighting”:

You search my face
for the boy you remember

because you never met them.

Flipping the trope of a human sighting a ghost—her father, instead, sighting the ghost of her own ‘boy’ past—“Sighting” shows off Ladin’s wistful way of trying to be in other’s heads as they witness her transformation, a normally invisible emotional landscape untraversed except by those changing genders. The poem’s cleverness, emotional prescience, and fearless examination of hard truths exemplifies much of the entire collection. A similarly insightful ‘impersonation’ come in “Between Wars,” in which Ladin’s subject is a male soldier returning from battle, familiar and yet unfamiliar to his mother. Ladin writes: “You’ve lost your soul again. Go back / to the window. Note the crocus / defying expectations.”

Here, we encounter the quieter note, underneath the mourning and confusion, that becomes stronger in the book’s second part: hope. Though Ladin never loses contact with the darker emotions of her transition—particularly, some of the loss she feels at never having had the chance to experience life as a young woman—her poems exemplify that joy of cutting her trapped self loose, bursting with the incongruent and surprising pleasures of one who is “just born and suddenly old” (from “Still a Guy”). In “Transition Time,” Ladin gives us one of the most startlingly beautiful depictions of mid-life transfeminine transition currently written:

Alarming and bizarre as the birth may seem,
midwived by delight and devastation,
it’s only the first course in the feast of becoming.

all you have have ever been: a mother
who finds it hard to let go; a little girl
giving birth to a tiger;

a dance-floor where God,
confirmed wall-flower,
cuts loose, and swings.

Impersonation, a satisfying collection as a stand-alone, still ends with a hint of a question, urging readers to pick up more of Ladin’s masterful work: How will she find physical intimacy as she tentatively fills her new strange/comfortable embodiment with the spirit and contradictions of living?

'Loving Liz' by Bobbi Marolt
'Like A Woman' by Debra Busman
'Marcel Proust: The Collected Poems' by Marcel Proust