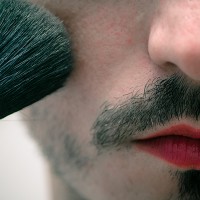 This week in LGBT News…

In honor of Banned Books Week, we get a chance to explore the brilliance of the novels often hidden from our view. Some novels thrive from the publicity of being banned, others, like Drama by Raina Telgemeier, are more quietly removed from shelves. I wonder about all the books I have missed because they were absent from the bookshelves.

While sixth, seventh, and eighth grades are an extremely confusing, emotional time for children, it’s a shame that certain libraries cave in to pressure from parents who don’t trust children enough to read about innocent romance among kids their own age

With transgender literature on the rise, Hans Rollman raises the question: “How do you define the Genre of Trans Literature? ” While he isn’t the first to ask the question, he joins an ongoing and shifting conversation.

As someone who has attended many a boring reading, I was excited to read about the literary bar-hopping known as LitCrawl. This venture has now expanded to nine cities. They have upcoming readings in London, Austin, San Fran, Seattle, LA, NYC, and Portland.

The creators of the film, Stories of Our Lives, have released a companion anthology of memoir essays by the same title. This anthology aims to expand the stories of queer Kenyans.

Author Bill Konigsberg was able to visit Free State High School to donate his and 50 other books to their newly opened LGBT section of their library. Libraries like these help increase access to diverse books for all students.

We mourn the loss of Honey Lee Cottrell, photographer and pioneer of lesbian erotica, and William Taylor, author of over forty books for young adults including The Blue Lawn, nominated for a Lambda Literary Award in 1999.

On the other end of the emotional spectrum, The Guardian released a list of best LGBT sex in literature. Time to catch up on some reading:

Where are all the sensual, honest, uncomfortable, glorious sex scenes? Many seem to have escaped me, but I know they must be out there. If nothing else, making this list has encouraged me to search even harder for honest depictions of LGBT love.

Read This! An Excerpt From 'Meanwhile, Elsewhere: Science Fiction and Fantasy from Transgender Write...
'Call Me By My Other Name' by Valerie Wetlaufer
Alex Sanchez for La Bloga