‘Alexander McQueen: Blood Beneath the Skin’ by Andrew Wilson

‘Alexander McQueen: Blood Beneath the Skin’ by Andrew Wilson 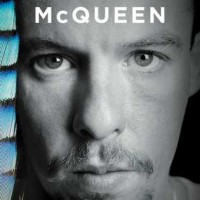 How difficult it must be to write a biography of a recently deceased person who was often called the ‘best of his generation’ and a ‘creative genius’; even more so in this age of instant information where video and audio evidence of an artist’s craft is prevalent. In his tightly-researched book on Alexander McQueen, Andrew Wilson pieces together, with panache and ease, the fractured selves of the brilliant British designer who rose from the working-class, East-end of London to the pinnacle of Parisian high-fashion.

The title, Blood Beneath The Skin, perfectly describes the grit below his surface and how readily that surface could be torn, exposing what lies beneath. Books that are heavily researched and brimming with quotes often tend to come across as scholarly. While Wilson’s biography does teach you about the world, and business, of fashion and the sad, mesmerizing life of one of its premiers, it does so with ease and panache. This is not a book solely for fashionistas, but rather for anyone interested in art, the creative process, and drive.

The journey Wilson takes us on, from McQueen’s childhood to his suicide, does not shrink from the grim, unpleasant side of his personality: his dismal treatment of friends, colleagues and lovers–some of whom were questionable–; his mood-swings; his appetite for alcohol, drugs, and sex; and the fallout from all of the above. Wilson describes the duality of this complex man who was alternately kind, incredibly sweet, and generous to so many–including those to whom he showed his mean streak. Like the avant-garde designs that McQueen sent down the runway. Wilson is not afraid to show you the beauty in the rawness, or is that the rawness in the beauty? We learn the inspiration behind many of his jaw-droppingly creative shows, of his confidence as a cutter and designer, his precision with a scissors, and his attention to detail and technique. Wilson lays out reasons why his extraordinary clothes were often seen as armour for women, ways to strengthen their presence. McQueen had a strong bond with, and love for, his mother and his oldest sister whom he had seen badly abused by her husband. He surrounded himself with strong, eccentric women, most notably Isabella Blow, the fashion editor and somewhat-muse to McQueen. She had more than her fair share of demons and too was suicidal. There are some surprising and unfortunate twists to their friendship.

The nonstop marketing of oneself and one’s idea’s would take a toll on anyone. The demands of fashion to create, to inspire awe and admiration, and garner the attention-grabbing headlines, would diminish anyone’s strength. For one like McQueen, whose shows were a complete mirror of his psyche, the cost was strongly detrimental. The clothes and the manner in which they were styled were not the only creations that caused a visceral, often uncomfortable effect on the audience; the set design and music were almost as important as the exquisitely tailored, often-confounding looks that the models paraded around the runway. Highly conceptual installations of robots armed with nozzles that sprayed paint on a model’s dress, room-sized glass cages, the sound of beating hearts that flatline, deep breaths, and so much more aided in the creation of a fully immersive sensory experience.  Wilson describes all these scenes with the detail of McQueen himself. He is clearly besotted with his subject and does an admirable job of convincing us to feel the same.

It is a pity that this book did not come out before the Savage Beauty exhibition that opened at New York City’s Metropolitan Museum of Art in 2012 and traveled to the Victoria and Albert Museum in London in 2014. The mesmerizing effects of the show and its designs would have taken on a new element. This biography chronicles how success changes you: the ways in which the people with whom you started your ascent fall, or are pushed, away, as you become consumed with your new life(style) which, if not managed carefully, can overwhelm and consume.

'then, we were still living' by Michael Klein
'The Lengths' by Howard Hardiman
'Difficult Women' by Roxane Gay