Eileen Myles Gets Her Due, the Film Adaptation of ‘Dancer From the Dance’, Trans Poetics, and More LGBT News

Eileen Myles Gets Her Due, the Film Adaptation of ‘Dancer From the Dance’, Trans Poetics, and More LGBT News 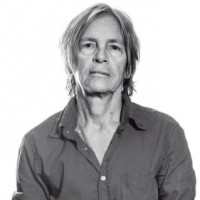 LGBT news you may have missed…

Vetch has been released. The magazine is dedicated to trans poetry and poetics. Being the first publication of its kind, Vetch aims to give voice to the “resilient beauty of which we know trans poetry is capable.” In the words of the editors:

We founded Vetch to combat a few problems. The greatest is silence, a dearth of published work by trans poets dealing with trans themes (a silence which makes no sense, considering the trans poets currently at work). Another, less structurally supported, problem is the prominence of poetry that hits the palliative buttons of liberal inclusivity-oriented ideology.

Now I know you are as excited as I am for the upcoming feature film based on the novel Dancer From the Dance, a cult classic written by Andrew Holleran about club culture in the 1970s. The film will be directed by Alan Poul, best known for work on Six Feet Under and The Newsroom.

The longlist for the National Book Awards have been announced, including some familiar faces such as Simon vs the Homo Sapiens Agenda and Nimona in the Young Adult Literature category.

Speaking of awards, The Man Booker Prize for Fiction also announced their list of nominations; Marlon James is included among those listed.

And Eileen Myles gets some attention this week with a New York Magazine profile that gives us insight into the ever growing “legend” that is this amazing poet.

“She’s badass,” [Paul] Weitz said when I asked him about Myles. “I don’t mean to be flippant, but she’s an ass-kicker. She’s incredibly literate, with an aspect of punk rock.”

In an interview with Autostraddle, Kate Benton reminds us why we love her funny and feminist comics. And I am shocked to discover that I have not spent nearly as much time thinking about Lois Lane and Wonder Woman hanging out as I should have been.

'The Ladder' Makes History Again
'The Boys from Eighth and Carpenter' by Tom Mendicino
Penny Arcade: 'An Old Queen's Tale'