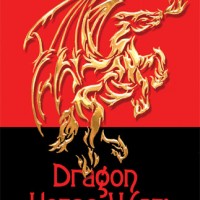 The world has experienced 100 years of peace, and every human being has enough of everything they need. Technology has evolved to be both help to humankind and to preserve the environment from the ruin of the past. Equality and diversity are the norm. The one religion followed by people everywhere is more metaphysical than deified, with people remembering past lives and believing in The Collective—a group of ancestral guides.  However, into this idyllic setting presented during the opening of the Dragon Horse War: The Calling, we find there is one thing that humanity can’t regulate.

The environment is fraught with danger and the Five Continents are experiencing everything from debilitating drought to severe monsoons, tornadoes and earthquakes. Because of the devastation, food that was once plentiful and equally distributed is becoming less available, and people are grieving from the loss of loved ones.

When a man named Cyrus loses his only son, he starts to think that the ancient religions were right and that humankind has brought these difficulties on themselves for turning away from a deity he refers to as “The One.” He also begins to formulate a religion of which he is convinced he is The Prophet. His religion includes the subjugation of women and the abandonment of the current embrace of diversity. Then, Cyrus begins to misappropriate food supplies to manipulate people to his side.

In a remote mountain, a young Advocate named Alyssa, a woman who has empathic powers fostered by a wise temple mentor, has been sent to find someone named J. El. She forms an image of this “Mr. J. El” in her mind as she makes the long, arduous journey. When she finally encounters the real Jael, a telepathic woman warrior who has preferred living in a isolated area to escape the constant barrage of voices, the meeting is both filled with humor and skillfully reveals how very different these two women are from each other.

The story quickly takes a serious turn as the warrior realizes the gravity of the situation in the world and knows that Cyrus and his oppressive zealot followers must be stopped to restore balance. Jael is a little surprised as she comes to recognize that the gentle healer, Advocate Alyssa, will have some part in what is to come. She’s not sure how she feels about it since the strong attraction she feels would be a distraction.

The world that Leigh has built for his readers is complex and believable. The workings of this society make sense in a way that we can hope is our own future (without the environmental devastation). There is a skillful melding of the new world, with its technological advances and equanimity for all people, and the recall of ancient history and past lives that make us believe in the story and the people who populate it. We’re drawn in to the conflict that is arising as well as the love story developing between the two main characters. Lines are drawn and people take sides. Deeply moral questions surface: of war, peace, concession, and life and death which surround the characters making the lives of the Warrior and the Healer much more difficult. Black and white turns to murky shades of gray.

Dragon Horse War: The Calling is only the beginning of an epic story that promises challenges and struggles that force us to face the big questions of life. Leigh writes with an emotion that she in turn gives to the characters, allowing us insight into their personalities and their very souls. Filled with fantastic imagery and the down-to-earth flaws that are sometimes the characters’ greatest strengths, this first Dragon Horse War is a story not to be missed. The writing is flawless, the story, breath-taking–and this is only the beginning.

'A Queer Love Story: The Letters of Jane Rule and Rick Bébout' Edited by Marilyn R. Schuster
'Freeing Ourselves: A Guide to Health and Self Love for Brown Bois' by The Brown Boi Project
'Zakkum: A Graphic Murder Mystery' by Beldan Sezen