Personal Advice from Author Dale Peck: Help, I am an Overly Jealous Boyfriend!

Personal Advice from Author Dale Peck: Help, I am an Overly Jealous Boyfriend! 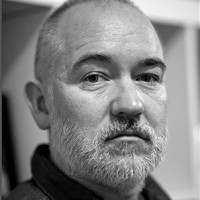 Do you have problems with your love life? Do you hate your job? Is your social life lacking a certain zing? All of these questions and more can be answered through literature—or maybe, at least, by the people who write it. With that in mind, we here at the Lambda Literary Review have started our very own advice column called “Reader Meet Author.” Think of the column as a sort of a “Dear Abby” for the LGBTQ literary set. You can send “Reader Meet Author” questions for publication to ReaderMeetAuthor@lambdaliterary.org.

This month’s author is Dale Peck. He is the author of twelve books in a variety of genres, including Martin and John, The Law of Enclosures, and Greenville. Peck’s latest work, Visions and Revisions, is part memoir, part extended essay. The collection is a foray into what the author calls “the second half of the first half of the AIDS epidemic [….]” His fiction and criticism have earned him two O. Henry Awards, a Pushcart Prize, a Lambda Literary Award and a John Simon Guggenheim Memorial Fellowship. He lives in New York City, where he teaches in the New School’s Graduate Writing Program.

Is there a way to deal with sexual jealousy? I just entered into a relationship with a very attractive man who swears that he is committed to me, but every time I see him even casually talking with another guy, I lose it. He has not given me any indication that he is sneaking around, and he is always assuring me that I am the only guy he wants to be with, but that has not stifled my self-admitted senseless jealousy. Some nights, I can barely fall asleep at night because I am filled with thoughts that he might be sleeping with someone else. I think the fact that I find him so attractive is making me uneasy; I think he might be the most attractive guy I have every dated. Do you have recommendations to calm my tortured mind?

Hmmm, I’m no psychologist, but it sounds to me like someone’s more into the word “monogamy” than the actual practice. Either you’re projecting, and you’re the one who’s thinking about stepping out, or somewhere deep down in that jealous mind of yours, you know it’s too soon for you and your man to be exclusive. Or, who knows, maybe the thought of your boyfriend with another guy is a turn-on for you, and you need to try threesomes. If that’s the case, then go for it—but make sure you’re really ready for it, or, aside from the fact that it’s going to be awful for whomever you invite over, it’s also going to put a lot of strain on the two of you. Or maybe you need to come to some kind of arrangement where the two of you are allowed a little side action. Let’s face it: monogamy’s about as heteronormative as it gets and brings almost as many problems as it gets rid of. If it doesn’t make you happy, don’t do it! But if you really believe you want to be monogamous with this guy, you’ve got to trust him. If you can’t do that, then move on; the problem’s not him, it’s you, by which I mean that he’s not what you want, and you need to find someone who is.

I just turned forty, and I have come to the realization that all my friends have become boring middlebrow gays. When we came out in our twenties, we were radical queers—partying, dancing, doing drugs, causing riots and ruckuses everywhere we went. Now all my friends are married and with kids; I feel like I am the last queer standing (not married, no kids). Currently, for my friends, it is all about kid play dates and staid dinner parties. I know that things change with age, but watching the transformation of folks who used to rage against the machine become the machine is a little more than disheartening. I have decided that I need a new group of friends, but how does one find a new set of friends in your forties, particularly a radical set of forty-something queers? Any ideas on how to find a new set of older but spirited running buddies?

Dude, I can identify with this. I’m forty-eight, and most of my peer friends are boring. But why do you think you have to hang around with people your age? If they think signing marriage contracts and pushing babies in strollers through Prospect Park is fun, leave it to them and go look for some people who are into what you’re into, and worry about their age later. If you find yourself hanging out with a new group or twenty-five- or thirty-year-old friends, it’s a good sign. It says that you really have managed to stay open-minded and young in your outlook. But if you constantly find yourself getting rebuffed by twenty-somethings who look at you like a relic of the Gay Stone Age (Cf. that “radical queers” comment—I get you, but most younger gays would have no idea what you were talking about), I suspect it’s a good sign that you’ve grown just as middle-aged as your friends, and what you’re really pining after isn’t the fun things you did when you were young, but rather your youth itself. So: be honest with yourself. If partying like a rock star and fucking in the bushes is what you want to do, then go for it. But if what you really wish was that your hair was as thick as it used to be and your knees didn’t ache in the morning, then maybe it’s time to accept the middle-aged man in the mirror, and go out and find a husband of your own.

This may be an odd question, but in your humble opinion: what is the best book you have ever read and why? I am trying to expand my reading list, and I just don’t want to read a good book; I want to read the best book!

The best? I’m not sure anyone can answer that, but I can easily tell you what my favorite is: Wuthering Heights by Emily Brontë. Put aside the fact that it’s got a narrative frame-within-frame that would make Nabokov proud: if this book doesn’t break your heart over and over again, well, you probably don’t have a heart, and you should go get lost on the moors.

'People in Trouble' at Thirty: On Realism, Trump, and the AIDS Cataclysm
'Real Queer America: LGBT Stories from Red States' by Samantha Allen
'Queer Theatre and the Legacy of Cal Yeomans' by Robert A. Schanke