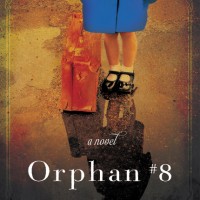 Themes of health and healing distinguish this historical novel, which deals with the experiences of a Jewish orphan in 1919. On one fateful day in that year, Rachel Rabinowitz’ home life falls apart. Her mother dead and her father disappeared, Rachel is separated from her brother Sam and placed in an orphanage. There, she is the subject of brutal experiments at the hands of an ambitious young doctor, Mildred Solomon, who sees Rachel as a means of excelling in a field full of men.  After mutilating Rachel, Solomon discards her. Years afterward, Rachel, now a nurse at a home for Jewish elders, again encounters Dr. Solomon, dying. As time grows short, Rachel struggles to come to terms with her abuse while simultaneously caring for the monster who performed it.

Surrounded by Jewish culture, Rachel is less an orphan than a member of a much larger, fairly accepting family. This brings home the level of abuse that she suffers as Solomon’s test subject; she is no random guinea pig, but a member of Solomon’s own ethnic minority. The strength of Jewish identity suffuses the book, flying in the face of Solomon’s sociopathic excuses and justifications. When Sam reports liberating concentration camps during World War II, the parallel couldn’t be stronger.

As much as Solomon harms her, Rachel’s father and brother abandon her to it. Sam’s disorderly path toward his male identity constantly separates him from Rachel’s developing womanhood. Her unfeminine lack of hair initially repulses him, serving as a reminder of his inability to protect her, and later, her unwillingness to acquiesce to her uncle’s marriage proposal elicits no pause in his own ambitions. Rachel’s need to cling to the concept of their father’s good nature echoes her continual yet dying hope that Sam will someday rescue her. When she finally comes to terms with the fact that he won’t, she is able to define her life on her own terms.

Her ultimate acceptance of both her hairlessness and her lesbianism also serves as a sign of Rachel’s self-actualization. The things that happened to her were terrible, but they shape her. In response, she shapes them, whether by taking the hair she so desperately wants or by maneuvering herself into a career and education.

Any Hippocratic sentiments that might exist in Solomon’s heart are drowned out by the roar of her childlike ego. Rachel punishes, prods, cares, doesn’t care and generally jumps through all the hoops of motherhood in the process of trying to make Solomon feel sorry for what she did to her at the orphanage. Rachel’s final acceptance of Solomon’s basic self-absorption allows her to release herself from the idea of having or being a mother and to finally let go of her conception of herself as damaged goods.

The story hops back and forth between Rachel’s childhood at the orphanage and her adulthood, much of which is spent at the nursing home. Both places are institutional, set up to serve those who have nobody else to help them. Many of the features of the story itself rely on coming-of-age tropes that have become accepted pillars of historical fiction featuring female protagonists, including unwelcome advances from men and a long journey away from home. Yet, Rachel’s cycle back to New York, and even to a Jewish institution, gives the story the satisfying sense of coming full circle.

If the protagonist of Christina Baker Kline’s Orphan Train had somehow stayed in New York City, then her story may have turned out similar to Rachel’s. The two books’ shared obsession with hair, particularly red hair, is striking; themes of otherness abound between them; and each story takes place during roughly the same period of time. However, Orphan #8 is no clone of Orphan Train. Kim van Alkemade places more emphasis than Kline does on the connection between maternal care and medical care, highlights Rachel’s double minority status, and examines the constant false promise of Sam’s protection. A sure book club pick and a strong debut, this title functions well on multiple levels and will appeal to a broad readership.

'Desire by Starlight' by Radclyffe
'When the Sick Rule the World' by Dodie Bellamy
Bits & Pieces: Spring Lesbian Mystery Roundup

Anna Call is a librarian and writer living the the Boston area.