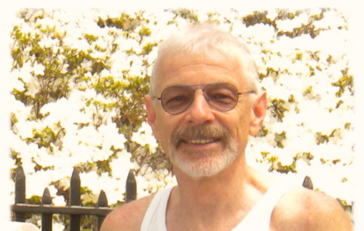 Sometimes, as a writer, I feel that I have seven different careers going on at the same time, some not particularly remunerative, but all satisfying. My first is as a poet: I have been writing poetry since my teens, and I have always found poetry emotionally rewarding, not because I’m writing confessional poetry (something I’m not crazy about), but because in poetry, I get to experience the distinct sound qualities and textures of language, and I am a frustrated singer. I can’t sing a note. But I love singers, and in poetry, I can get close to them—in the seventy poems I’ve had set to music by a dozen composers. These poems include ten song cycles that have been performed uncountable times (I’m one of the few poets getting regular royalties from BMI), so thousands of people only know of me as a poet, and nothing else. They don’t know that I’ve also written plays, and novels; I’ve published nine of the latter. In turn, many people only read my novels, in particular my science- or speculative fiction novels—but they won’t go near my poetry or plays.

I’ve also written three nonfiction books. It’s here that things truly get sticky. These three titles are basically “self-help” books, not biographies of poets or other writers, so making that switch from my nonfiction back to my poetry, plays and then fiction is even harder to these readers. They want to know my secrets for living. However, the main concept I work with in my nonfiction (How to Survive Your Own Gay Life, The Manly Art of Seduction and, more recently, The Manly Pursuit of Desire and Love)—namely, that one can live a sexually and emotionally fulfilling and authentic life—actually comes from the same creative impulses that drive my poetry and fiction. This seems to elude my fiction readers. They can’t figure it out and, sadly, aren’t interested in discovering it.

The fifth ball is journalism: I’ve been a free-lance writer for much of my life, starting in my late twenties when I earned a living in New York and Europe writing entertainment journalism. I still like journalism, although the ball that now stays up in the air is my sixth—essays, which I started juggling a lot more while writing for the Huffington Post on topics from shopping, “lifestyle” (baseball; H&M), fashion (Alexander McQueen; Charles James) and art (Henry Darger; Sasha Schneider) to books again (John Horne Burns; Truman Capote; Gore Vidal; Tennessee Williams).

My last ball, so to speak, is political writing and the memoir. The two have so much in common that I can’t separate my life from my politics, a lesson I learned in the Gay Liberation Front (1969-72) when I co-edited Come Out!, the first gay liberation newspaper in the world. Therein, I seamlessly published poetry and journalism—with one of the few original accounts of the first Christopher Street Liberation Day March (which later morphed into today’s June Gay Pride Parade), and the massive May Day demonstrations in Washington in 1972—as well as political essays and fiction. No one told me I couldn’t do this.

I am often asked how I go from one form to another without batting an eye. The answer is structure, and also an ear for language itself, something that I got from musical rhythms (as the Gershwins said, “Who can ask for anything more?”), and also that as a Southern gay Jewish storyteller, I carry within me those tongues and those ears. The structure of journalism—namely, that you have to start out with a big bang and hope that the reader will follow you to the last whimper, led me to fiction. There, you have to grab the reader with the insistence of your language or (s)he is not going to stay to the end. It’s important, also, to know how the book is going to finish even if you don’t know, at the beginning, exactly how. But it has got to end with a jolt. Your reader must remember your ending.

As I got more into the novel form, with room and depth, I started to find places in my fiction that gave me all the satisfaction of poetry: a huge opening of feeling, as well as the sound and texture of words. I started to revel in them, especially in moments that other writers might throw away. Here’s a technique that F. Scott Fitzgerald and E.M. Forster taught me: put some exquisite nugget of verbal action in a place where the reader doesn’t expect it. This gave me the dictum: There should be no “good places” in a novel. The whole novel should be a good place. If it’s not, throw it out.

This dried up my poetry for several years while I wrote fiction, but when I wrote the “how-to” books, the poetry came back again. Writing these books was certainly another training experience, until I started employing fiction techniques in them: Every chapter needed to have a pay-off at the beginning and at the end. Also, the more of myself I put into them, the better the work was; readers could identify with the book because I was not writing from a lofty, clinical, professional attitude but that of a creative writer who pulled in and understood their feelings, too. I really learned this in The Manly Art of Seduction, where I inserted as much of my own reactions and history as I could in each chapter. The book was a big success, and the constant response to it was the humanity and warmth of the book, as opposed to so many hard-edged “gay dating” books that barely suppressed their contempt for many men. (Or, as one gay dating “expert” told me flatly, “First, they have to learn to settle!”)

I wanted to have my love for queer men to come out, and to give them the “unbidden gifts” that so many had given me—namely, their own feelings and courage. I also wanted to give them the strength and heroism that I admire in men, and that I tried to bring into my first novels, at a time when gay men were rarely portrayed this way. That is one of the binding structural elements in my fiction and nonfiction: What is the strength someone is showing against great odds and difficulties, to overcome adversity? Whether it is a character in science fiction, or in a gothic novel, or Alexander McQueen (the Scottish fashion designer who overcame poverty and depression but lost that fight to suicide), I want to be able to see this and use it as part of the structure that supports narrative.

I can no longer write short fiction; I’ve lost the chops for it. I need the form of a novel to work with. I think in that form now; I want to grow with it. At age sixty-seven, I want to grow with everything. And perhaps that is the real structure I am presently working with.

New in November: Ricky Martin & Portia de Rossi
'The Dirty One' by Michael Graves
Michael Cunningham: On Writing Sex, the Creative Process, and Why New York City is (Not) for Writers

Six-time Lambda Literary Award finalist (for works of poetry, science fiction and spirituality) Perry Brass has published nineteen books and “umpteen” short stories and essays in magazines and on the Web, had six plays produced, and written screenplays and everything else (except cookbooks). He is a founding coordinator of the Rainbow Book Fair, the largest LGBT book event in the U.S. His latest book is The Manly Pursuit of Desire and Love, Your Guide to Life, Happiness, and Emotional and Sexual Fulfillment in a Closed-Down World (Belhue Press). He can be reached through his website, www.perrybrass.com, and read at http://www.huffingtonpost.com/perry-brass/.